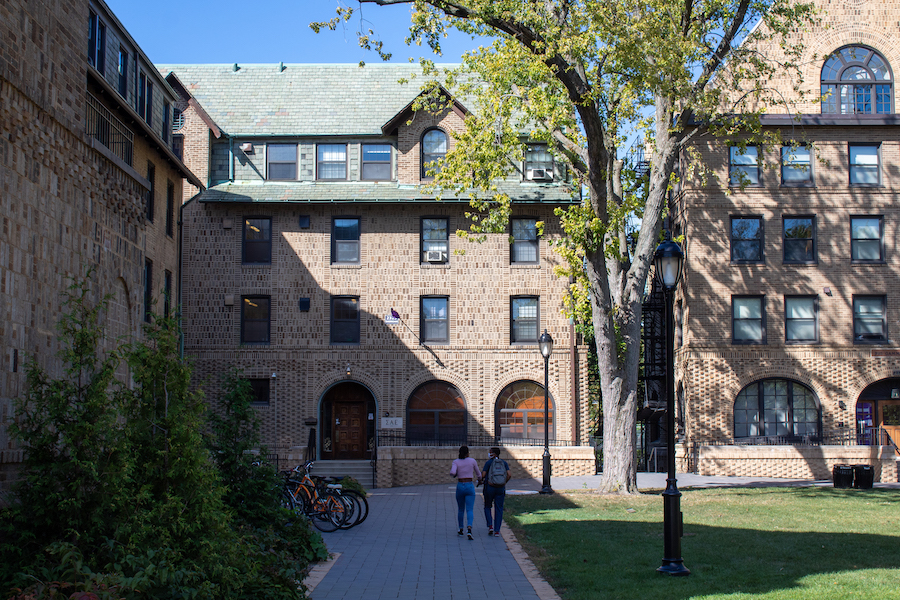 The fraternity quad. IFC will open investigations into drugging allegations at SAE and AEPi.

The proceedings will not interfere with ongoing investigations run by NU and University Police, according to the statement. Based on current information regarding the allegations, IFC will place interim restrictions against both fraternities until the investigation’s conclusion.

IFC President Nick Papandreou said these are the strictest restrictions IFC can impose on a chapter at this time. The proceedings will be run by members of the council — composed of undergraduates in fraternities — and are not affiliated with the University. The two separate investigations are “complements, not substitutes,” the Weinberg senior told The Daily.

The University announced a ban on IFC social events and chapter-sponsored recruitment events until at least Oct. 17 in a Saturday University Police crime notice. Students protested outside the SAE and AEPi houses Sunday night in support of the removal of Greek life from NU’s campus.