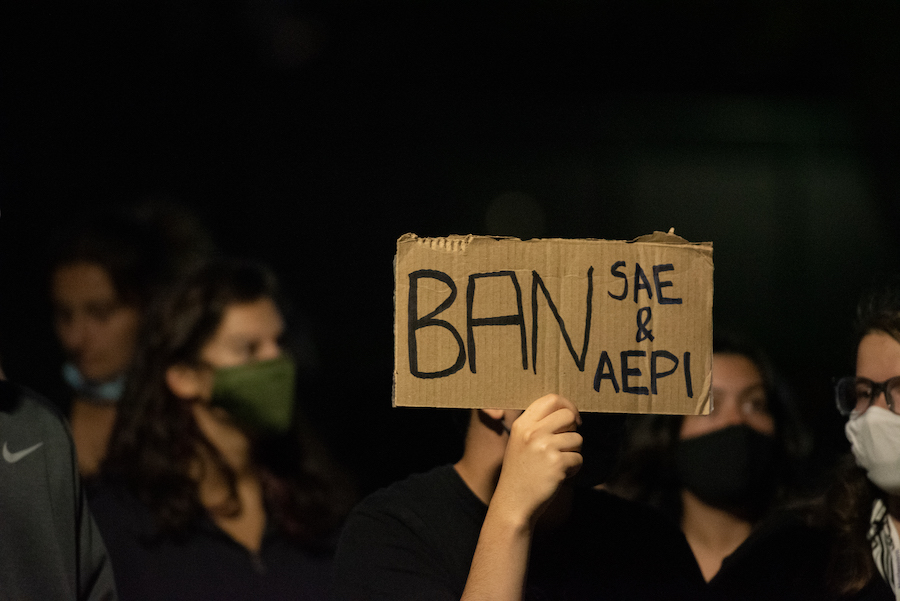 This follows multiple reports of drugging at a Thursday Alpha Epsilon Pi event and another account of alleged drugging at a Friday Sigma Alpha Epsilon event. About 2,000 students protested outside of both fraternity houses Sunday evening, demanding support for survivors and calling for an end to Greek life on NU’s campus.

Last April, ASG ended guaranteed representation for PHA and IFC with almost unanimous Senate approval in an amendment authored by former PHA Senator Pamela Chen. Both decisions are part of a campuswide discussion about the Abolish Greek Life movement, which prompted large-scale deactivation from many PHA and IFC chapters.

NU has prohibited members of IFC from holding social events and chapter-sponsored recruitment events until at least Oct. 17 in response to this weekend’s reports. Chapters violating the ban must pay a $1,000 fine and face demotion to associate status for the following quarter, meaning they can’t vote in IFC matters. However, no specific disciplinary actions have been taken directly against AEPi or SAE by NU or IFC.

Some community members have said existing sanctions don’t do enough to address the culture and environment that allowed the alleged druggings to occur. ASG called on NU to remove Greek life from campus, asked administration to close the AEPi and SAE houses, and demanded an extension on the ban against social events and recruiting. It also pledged to fiscally support community organizations helping survivors and called on NU to publicly commit to improving its support systems for survivors.

“Whether or not the perpetrators are members, the presence of these organizations on campus pose a present and direct threat to the Northwestern community,” ASG wrote in the statement. “We will no longer accept the University’s lackluster sanctions which have done nothing to protect its students.”