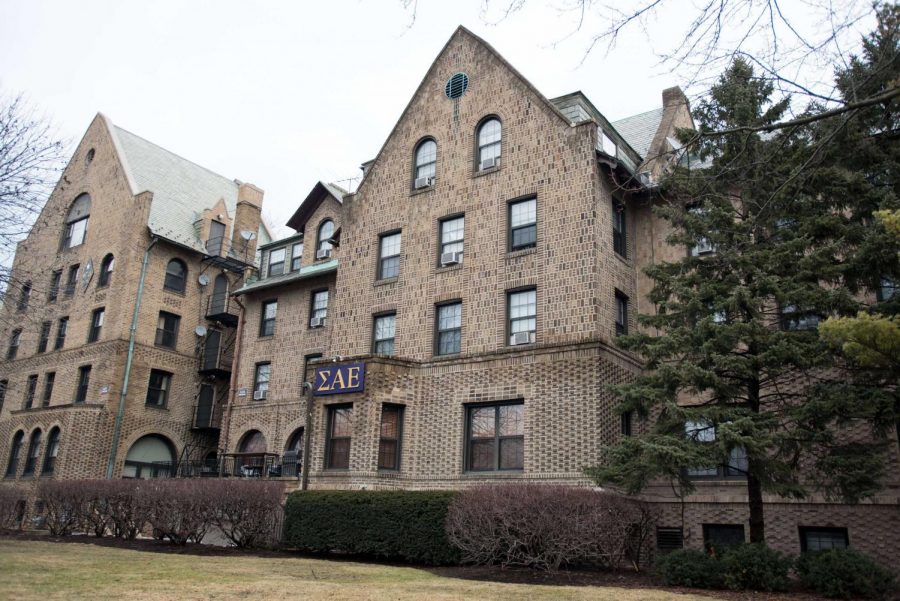 An individual reported they were drugged at a Friday night Sigma Alpha Epsilon house event, according to a Saturday University Police crime notice.

The notice comes one day after multiple similar reports were filed about alleged druggings at an Alpha Epsilon Pi event. Unlike Friday’s notice, Northwestern named both addresses, 2325 Sheridan Rd. and 584 Lincoln St. as on-campus fraternity houses  in the Saturday email, but it still didn’t specify the names of the fraternities. The Office of Fraternity and Sorority Life did not respond to The Daily’s requests for comment on Friday.

The University has prohibited members of NU’s Interfraternity Council from holding social events and chapter-sponsored recruitment events until at least Oct. 17, effective immediately. If a chapter is found guilty of breaking the ban, it is required to pay a $1,000 fine and moved to associate status for the following quarter — which means it cannot vote in IFC matters.

The council plans to “remedy the concerns and ensure accountability in the event of policy violations,” IFC President Nick Papandreou said in a Saturday statement. However, IFC has not announced specific, immediate sanctions on either fraternity.

Students on social media have pushed back on the ban’s length. Some say the suspension of social events, which lasts for less than a month, does little to address predatory behavior and hold Greek life accountable. This weekend’s back-to-back alleged druggings have again centered attention on the Abolish Greek Life movement, which gained traction in spring and summer 2020.

Discussions about abolition predate those months. But when an Instagram page began posting anonymous first-hand narratives detailing discriminatory behavior and sexual assault by members of the Greek community, members of NU’s IFC and Panhellenic Association Greek chapters left en masse. Some chapters disbanded, but many remaining chapters continued forms of recruitment last year and plan to do so this year as well.

In February 2017, NU notified students of an anonymous report of sexual assault it received earlier that year alleging four women students were given a date rape drug at the SAE fraternity house. Two of the students said they were sexually assaulted.

The 2017 email also said another report had been received, alleging another student was sexually assaulted, potentially with the use of a date rape drug, after attending an event at a second, unnamed fraternity house.

After completing a one-year suspension, SAE returned to campus in fall 2018 on probation. IFC ceased to recognize SAE until 2021, after the chapter violated its suspension by recruiting new members and engaging in actions that “continued to make the Northwestern community less and less safe,” IFC wrote at the time. However, in September 2018, IFC allowed the chapter to rejoin the organization as an associate member despite voting the previous year to cease recognition of the chapter until 2021.

The University and IFC have yet to announce specific disciplinary actions against SAE or AEPi in response to this weekend’s reports. Jon Pierce, AEPi International’s media spokesperson, said if AEPi members are found guilty they will be removed from the fraternity.

In May 2020, IFC voted against making SAE a full member within the organization. But now, the chapter appears on Fraternity and Sorority Life’s website among the 12 other recognized fraternities within the council.

This story has been updated to include comment from Northwestern’s Interfraternity Council and AEPi International, as well as clarified language surrounding this weekend’s crime notices. This is a developing story and will be updated as new information becomes available.