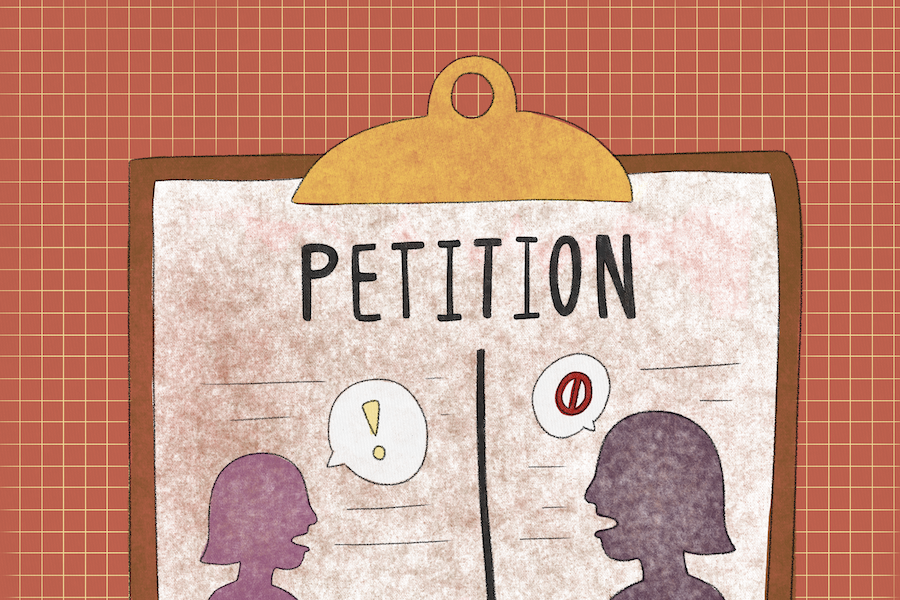 Over 500 students have signed a petition calling on the University to reinstate the Credit/No Credit policy for the 2021-22 academic year.

Since Northwestern announced that it would not bring back last year’s Credit/No Credit policy, over 500 students have signed a petition calling on the University to reinstate it this academic year.

Last year, the University allowed students to retroactively assign the Credit/No Credit notation to up to one-third of their letter grades. The notation, which differed from spring 2020’s universal Pass/No Pass policy, allowed students to receive credit for the course without a letter grade on their transcript and did not affect course eligibility for academic requirements or impact the GPA.

Community members cited the spread of the delta variant, ongoing racial injustice and imperialistic international violence as some of the reasons the policy should be renewed.

With the return to pre-pandemic grading policies, the University no longer offers the CR/NC option, meaning Pass/No Pass is students’ only alternative to letter grades. Grading policies vary by school — in Weinberg, for example, students must decide whether to apply P/N grading before the end of the eighth week of a quarter and cannot apply it to non-elective courses.

Weinberg senior Keala Uchoa, the author of the petition, said the CR/NC policy should be renewed because it helps students disproportionately impacted by the pandemic. These individuals include first-generation low-income students, students of color, international students, disabled students and students with mental health challenges, she said.

“There’s this sense of competition at Northwestern that comes from a capitalistic value system,” Uchoa said. “It’s always placing the value and worth of people based on numbers, which is a White supremacist way of valuing people that Northwestern perpetuates.”

McCormick junior Marco Contreras said he signed the petition because COVID-19 is still a source of stress for many students, with circumstances remaining far from normal.

He acknowledged some students might take advantage of the policy to boost their grades, but said he thinks the policy is still worth it for the students it can help.

“School is already stressful as it is — not to mention the times that we’re in and the amount of fear and uncertainty that people still have,” Contreras said.

Administrators have not issued a formal response to the petition, Uchoa said. In her conversations with administrators, she said Provost Kathleen Hagerty did not support reinstating CR/NC because the policy was underutilized last year, with fewer students than expected opting out of letter grades.

However, not all students support renewing CR/NC. Weinberg junior Ian Wallace opposes the policy because he expects students to take advantage of it by changing classes to CR/NC when they receive a poor grade, rather than when they are genuinely struggling, he said.

“It casts this kind of artificial safety net over the work that’s made it more difficult for me to stay motivated,” Wallace said.

Wallace said he also worries the policy could lead to grade inflation, making it more difficult for students to differentiate themselves in the job market. He said he thinks more students are negatively impacted by grade inflation than helped by the CR/NC policy.

Making a class CR/NC is optional, so Uchoa said she doesn’t think the policy would have a large effect on grade inflation. Even if it does, she said grade inflation is less important than helping students who are facing financial and health challenges. She recommends students concerned about grade inflation engage in “self-reflection.”

Wallace said he thinks grade inflation may impact future students — rather than him or anyone in his class — as employers could begin to expect higher average GPAs for NU students. He added that without access to data about use of the CR/NC policy, he doesn’t think anyone can be sure of the scale of the policy’s positive and negative impacts.

He also emphasized that international students, who often seek to differentiate themselves from other students in order to receive employer-sponsored visas, will be especially impacted by grade inflation.

“Year after year they do the work to differentiate themselves, because they have to,” Wallace said. “And it now makes it a lot harder to do that when your margins are so much smaller.”

This article has been updated with further comment from Wallace.