ASG moves forward with diversity and accessibility initiatives this fall 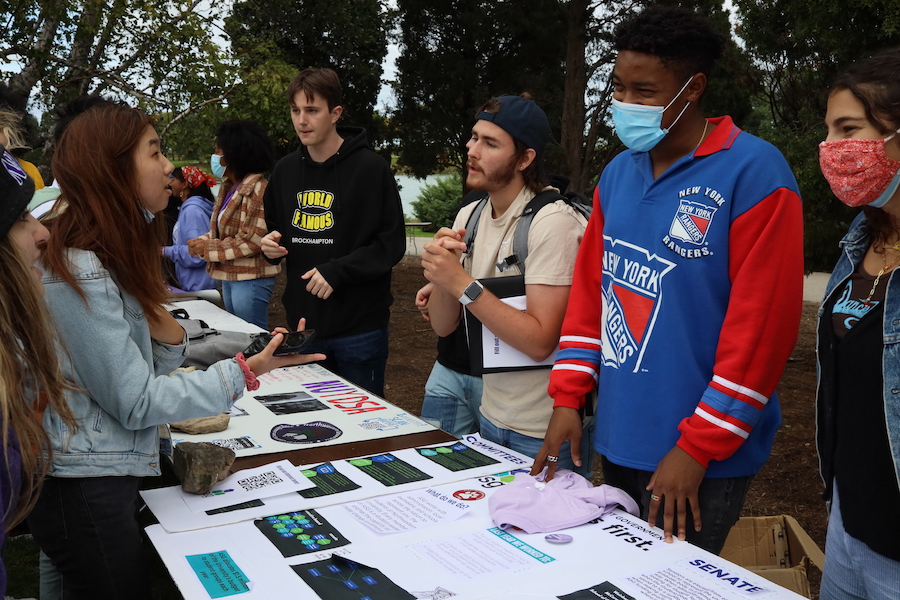 The pair has made progress on initiatives like updating student demonstration policies and making ASG more accessible to the student body, Wade said. Over the summer, Wade and other ASG executive board members met with administrators to discuss goals for the fall, from increasing the amount of peer-guided study groups to restoring trust in ASG as a whole.

“We know that in the summertime, administrators aren’t as busy, so they have more time to be with people,” Wade said. “We really hit the ground running.”

One of the largest accomplishments they made this summer was creating a scholarship for Indigenous students, Wade said — a collaborative effort between ASG and University administrators to rectify some of the harm Evanston and Northwestern have imposed on Indigenous communities. It’s slated to start with the class of 2026.

While ASG has made progress over the summer, Wade said the pandemic is still hindering some of its efforts, especially those involving physical space on campus.

According to Wade, new group spaces have been harder to come by, as the Donald P. Jacobs Center continues to house the on-campus asymptomatic COVID-19 testing center. ASG is looking for short-term solutions to find up-to-code spaces for student groups, he added, like the Northwestern Quest Scholars Network and Rainbow Alliance.

With the return of in-person meetings and the transition away from virtual events, Wade said he hopes ASG can become more visible to the student body.

“Over the course of many years, I think, ASG’s become less and less visible on campus,” Wade said. “We have done a lot of work in ASG since I was a first-year… but we probably haven’t done the best job of communicating that to students.”

SESP sophomore Donovan Cusick, ASG’s chief of staff, said he wants to use his position to increase external communication and expand membership.

“In the past, our communication with the student body has been a little bit lacking,” Cusick said. “We’re trying to build better avenues — being more consistent with our website, our email list (and) our Instagram, as well as having a bigger presence during our recruitment process.”

In addition, ASG now has a section in the Division of Student Affairs’ weekly Paw Print newsletter, which is emailed to the entire student body.

ASG will be hosting Senate elections the first week of October, with petitions for ballots due Oct. 6 at 7 p.m.