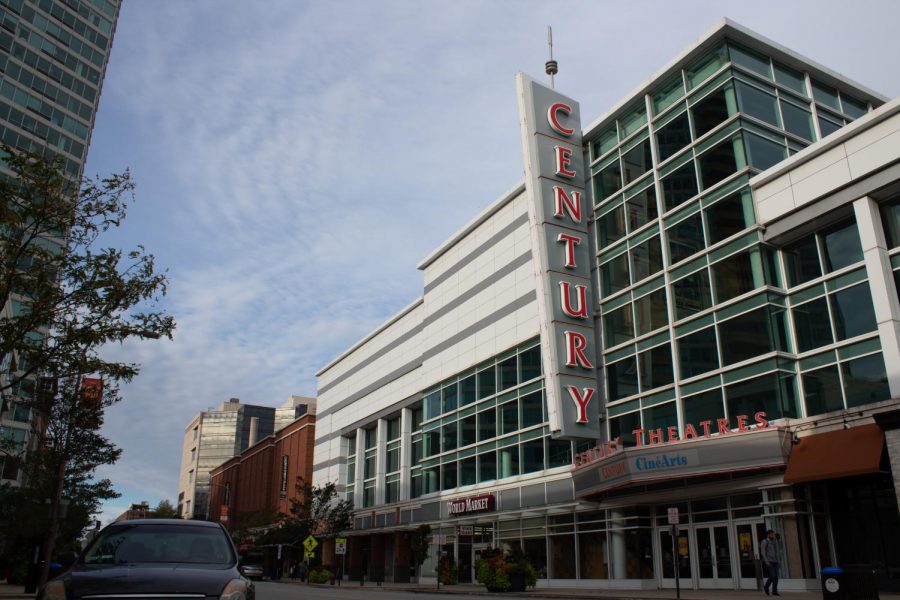 Century 12. Evanston’s former movie theater is set to reopen within a year as Church Street Plaza sells to new developers later this month.

Evanston’s former Century 12 movie theater will reopen in about a year amid a planned mass revitalization of the Church Street Plaza.

The plaza is set to be sold to Chicago-based development firm GW Properties later this month.

“A year ago, it was very uncertain whether movie theaters were going to make it back,” Mitch Goltz, co-founder of GW Properties, said. “But as we’ve seen, people are back in the theatres. They want to get back to their daily routines.”

Holtz told The Daily GW Properties has been interested in the plaza since it opened 20 years ago and hopes to bring in upwards of 10 new businesses to revitalize vacancies in the plaza’s three large buildings. The group also plans to maintain the current businesses leasing there.

The theater — one of the largest in Illinois before it closed in 2020 — was well-known in Evanston for its $5 Tuesday ticket deals and lobby cocktail bar. Carlos Perkins, who has worked in Evanston for decades and caught a matinee almost every week, described it as his favorite place to relax after work.

Since the theater was closed, Perkins has spent his leisure time at a friend’s pizza parlor near the Howard Street CTA station or watched basketball games in Glenview and Fairfield. But he felt his routine had been fundamentally disrupted.

“I told people, ‘They closed my movie spot. What am I supposed to do now?’” he said.

For Joy Holden (SESP ‘18), the theater’s closing meant mourning a pivotal gathering space during her undergraduate career. She remembers going to the theater with her father when he visited most Wednesday nights.

During the short heyday of the ticket subscription app MoviePass, Holden said she and a close friend saw nearly every film released in 2018. Now, she’s looking forward to its return.

“I couldn’t imagine Evanston without our movie theater,” Holden said.

Holtz hopes that the reopened theater will provide a comfortable gathering place in a high-traffic residential area. The plaza’s easy access to parking and the Davis CTA station will repopularize the theater with locals from surrounding towns once it reopens, he said, and resident feedback has been overwhelmingly positive so far.

“This is an exceptional property and a great location that has all the right attributes to breed success long term in a post-COVID environment,” Holtz said.

Communication senior Shelby Schultz, who began attending movie theaters again in March, has been catching up on her watchlist at other local venues. So far, she’s visited Chicago’s Music Box Theatre and Skokie’s AMC Village Crossing 18.

After growing up in a movie industry family, she’s eager to resume visiting the Evanston theater once or twice every week once it reopens.
“I would never gatekeep watching a movie from someone just because they were watching it at home, especially because I know not everyone has access to a theater,” Schultz said. “But I think that there’s something to be said about every kind of movie being watched in a theater. You can’t really appreciate it unless you don’t have the opportunity to be distracted.”

Twelve of the theater’s original 18 screens will remain, Goltz said. He added that GW Properties will partner with another entertainment firm to convert the other six screens, along with the second floor of the former Urban Outfitters, into a rock climbing space.

Perkins, however, is most excited to go back to basics and start returning to the movie theater for midweek pick-me-ups and weekend jaunts.

“For me, it was always a focal point of that area,” Perkins said. “I could just get away, get an hour and half or two hours’ quiet and wind down for the week.”

Correction: A previous version of this article misstated the month in which Schultz returned to movie theaters. In addition, this article has been updated to provide more context when quoting a source. The Daily regrets these errors.

— The turn of the Century: Residents, alumni bid farewell to shuttered downtown theatre