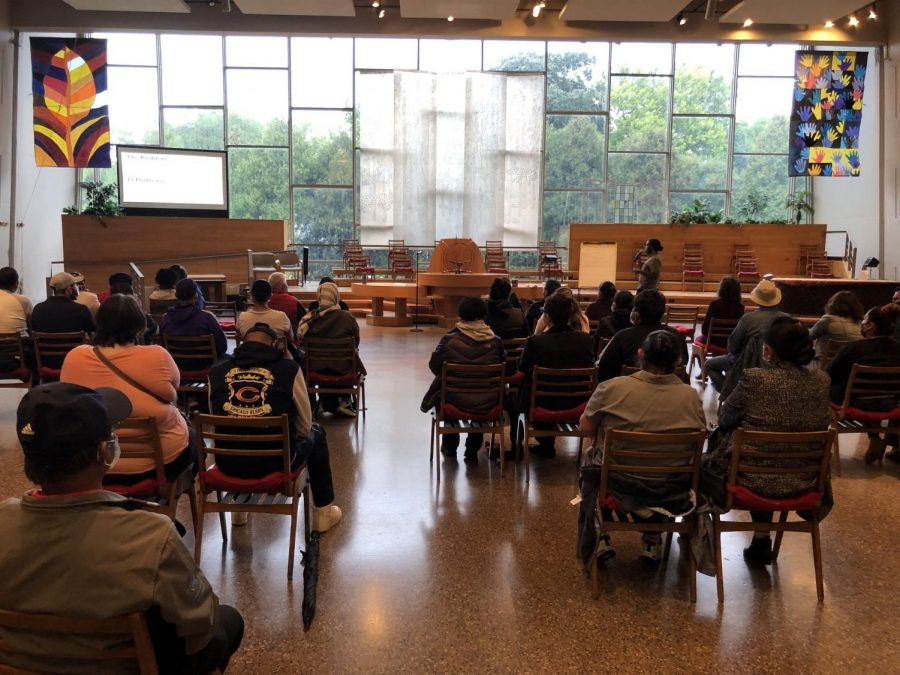 Out of about 200 workers, 95% voted in favor of the strike — part of an effort to bring Compass Group back to the bargaining table after they presented workers with an offer that did not include any of the union’s demands, according to SESP junior Neva Legallet, a Students Organizing for Labor Rights member. The workers are demanding a $19.88 hourly wage and consistent health insurance coverage.

Leading up to the strike, Compass workers will wear buttons to work that read, “I don’t want to strike, but I will.”

Workers began negotiating with Compass two years ago, Legallet said. The average Compass worker represented by the union UNITE HERE Local 1 made $27,843 in 2019 and hasn’t received a raise since then, according to a union news release.

Compass is legally obligated to pay the full cost of health insurance to eligible workers who work 30 hours per week or more. According to the union, 74 of the 260 active, full-time Compass workers went without health insurance in February.

Veronica Reyes, a cashier at Foster-Walker Complex, has worked at NU for 11 years. She makes $14.05 an hour and voted to authorize the strike, saying many of her co-workers lost their health insurance during the pandemic.

“With this little money, I cannot support my family,” Reyes said. “It’s not right. We deserve more.”

Reyes said she prefers to negotiate rather than strike, adding she doesn’t want to leave her job because she loves working with students.

Marina Rico, a grill cook at Allison Hall, has worked in NU food service with her husband for over nine years. She still lives paycheck to paycheck, she said.

“The beginning of the month is especially hard,” Rico said in a report by UNITE HERE Local 1. “After paying our rent, we are never sure if we will have the money to put enough food on the table for our family of four.”

Compass’ last offer to the union would have provided an immediate $2 per hour raise to all associates, Sophia Bamiatzis, Compass Group District Marketing Manager, said in an email to The Daily. But the union declined the proposal without bringing it to a member vote.

“We continue to negotiate in good faith with the union and remain hopeful that the union will devote its resources to reaching a new agreement soon,” Bamiatzis wrote.

The offer Compass presented to workers was not a living wage, Legallet said.

Compass workers are paid less than other University service workers, like custodial staff, who make $22 per hour after six months. Evanston’s minimum wage is $13 per hour, and Compass says all its employees make more than that.

The vote to authorize a strike came the same day NU announced it raised more than $6 billion in a fundraising campaign. Settling a contract that meets workers’ demands — paying workers a living wage and guaranteeing health insurance — would take $3 million, according to Legallet.

“For a university that has continuously pledged to uphold social justice movements and make institutional change, they’re not willing to do that when it matters,” Legallet said. “It’s just astonishing that a school that just raised $6 billion can’t do something like this.”

Clarification: This story has been updated to more accurately reflect Compass’ legal obligations for employee benefits and pay.

— Northwestern to close some dining halls this fall, Compass Group to lay off about 100 staff members