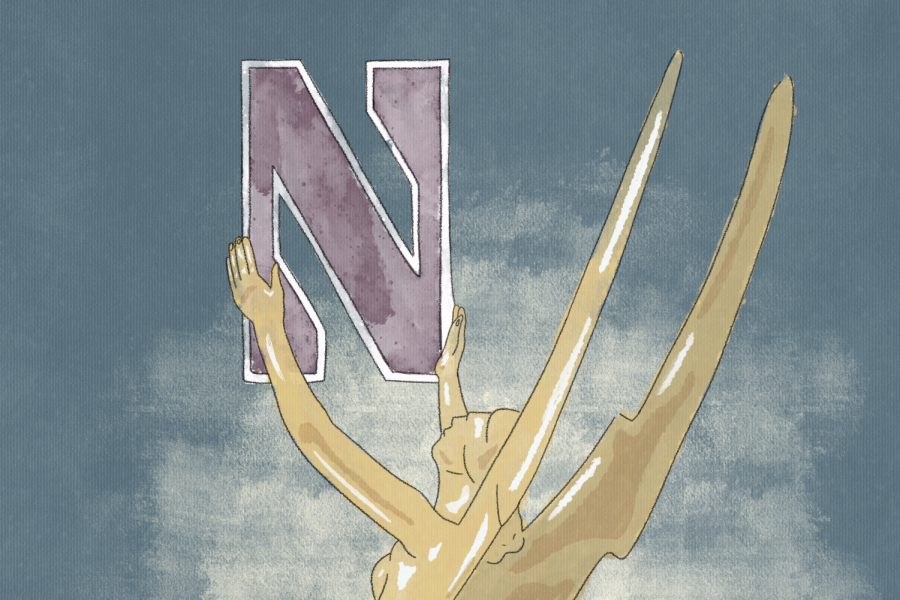 This Emmy Award season, Wildcats dominated the nominee list with 12 Northwestern affiliates in the industry, ranging from alumni and faculty to writers and actors. Three alumni scored wins Sunday night, and all twelve make the spotlight shine brighter on NU.

Here are the winners and nominees, ranging across categories and genres but having one characteristic in common: purple pride.

“My blood pressure is in normal range… for a truck tire,” Stephen Colbert said in his election night special.

The special, which aired on Nov. 3, 2020, featured Colbert live-reacting to election results as they rolled in. Because of COVID-19 restrictions, Colbert explained in his speech that everyone did the show from their Zoom rooms.

The award acceptance was not without some noise. When Colbert won the award, veteran late-night TV host Conan O’Brien crashed the stage, and the moment went viral.

“A Black Lady Sketch Show” made history Sunday as the first all-women of color team nominated in the editing category and to win the award — the show’s first-ever Emmy. The show is created and produced by Robin Thede (Medill ’01) and written by Ashley Nicole Black (Communication M.S. ’08). The winning episode was Season Two Episode Three, “Sister, May I Call You Oshun?”

“A Black Lady Sketch Show” features five to six sketches each episode, covering socially relevant topics ranging from dating and relationships to religion. The show was recently picked up for a third season on HBO Max.

“The Flight Attendant” took to the skies and soared home with an Emmy on Sunday night. Greg Berlanti (Communication ’94) is the show’s executive producer, pulling the strings behind the comedy mystery thriller on HBO Max. The show was nominated for nine Emmy Awards, including Outstanding Comedy Series, and won in the Outstanding Original Main Title Theme Music category.

Black as a writer for “A Black Lady Sketch Show” and “The Amber Ruffin Show,” for Outstanding Writing for a Variety Series.

Zach Braff (Communication ’97) as director for the “Ted Lasso” episode “Biscuits” for Outstanding Director for a Comedy Series.

Kathryn Hahn (Communication ’95) as an actress on “WandaVision” for Outstanding Supporting Actress in a Limited or Anthology Series or Movie.

Jenny Hagel (Communication MFA ’09) as a writer on “The Amber Ruffin Show” for Outstanding Writing for a Variety Series.

Patrick Hogan (Communication ’92) as the Sound Supervisor on the Karate Kid sequel “Cobra Kai” for Best Sound Editing in a Half Hour Comedy or Drama.

Brendan Scannell (Communication ’13) as an actor on “Bonding” for Outstanding Actor in a Short Form Comedy or Drama Series.

Radio, Television, Film Prof. Marco Williams as a writer on “Tulsa Burning: The 1921 Race Massacre” for Outstanding Writing for a Nonfiction Program.