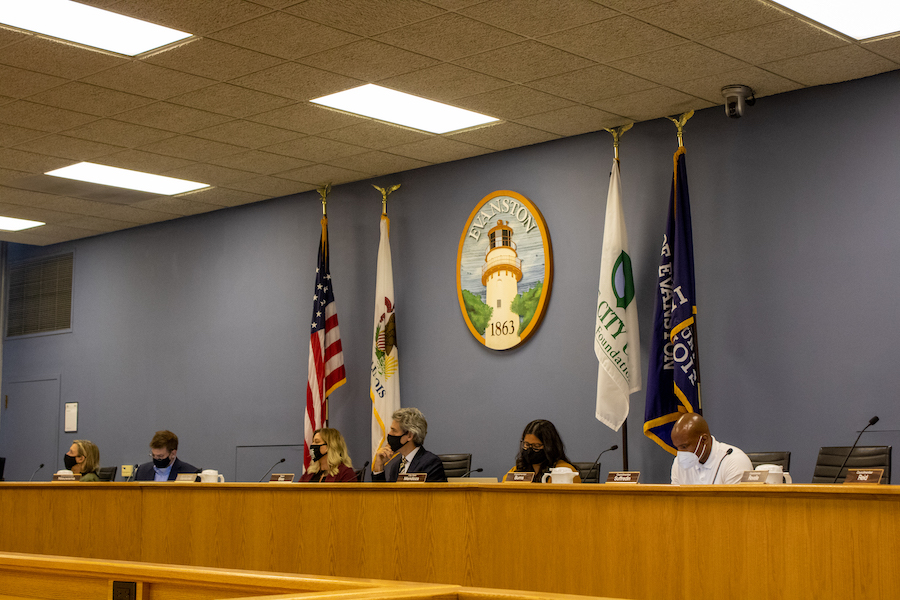 City Council voted 7-1 Monday to appoint deputy city manager Kelley Gandurski as interim city manager, following the narrow approval of Erika Storlie’s resignation just under a month and a half prior.

Storlie will leave office Oct. 8 after serving in the position since October 2020 and working for the City of Evanston since 2004. She and other city leaders faced significant backlash due to the city’s response to extensive allegations of sexual harassment and abuse among the city’s lakefront staff, often toward underage girls. Over 50 employees sent a petition to the city last summer detailing these allegations, which was made public a year later through a WBEZ investigation published July 2021.

During public comment, some Evanston residents said because Gandurski headed the city’s law department when the petition was sent, her appointment as interim city manager will create a conflict of interest. Before her move to the city manager’s office in April 2021, she served as the city’s corporation counsel beginning in March 2020.

“No one who is potentially a subject of the lakefront investigation itself should be in a position to influence that investigation,” 1st Ward resident Genevieve Pappas said.

Since the investigation was opened, community members have pressured the city to take action quickly. The investigation has brought to the surface broader concerns about transparency in Evanston government, an issue a majority of councilmembers championed on the campaign trail this past year that has also plagued Storlie’s appointment.

Council’s prior approval of Storlie’s resignation agreement was similarly fraught with questions of transparency. Part of the agreement requires the city to keep information related to Storlie’s 17-year employment with the city confidential, except when required by law or when made publicly available.

During that meeting, 1st Ward Councilmember Clare Kelly criticized the agreement for shielding most business related to Storlie from scrutiny. She voted against the agreement and voted no on Gandurski’s appointment.

Several of Gandurski’s previous colleagues from the Chicago government voiced support for her appointment during public comment.

“She’s a dynamic attorney,” said Marcus Martinez, who worked under Gandurski at the City of Chicago Department of Law. “She challenged difficult judges and held them accountable. She expected us to be effective, and we became better for it.”

Maurice Classen, the immediate past chief of staff for Chicago Mayor Lori Lightfoot, offered his support for Gandurski’s appointment, calling her “ethical” and “thoughtful.”

During public comment, some residents also spoke to the council at large to demand a full, trauma-informed apology to the authors of the petition.

Betsy Wilson, a mitigation specialist at Sentencing Advocacy Group of Evanston, criticized Council for not prioritizing releasing an apology with an explanation of how the city will handle sexual misconduct cases in the future.

“Offering an apology is the easiest part of the Council’s responsibilities in the situation,” Wilson said. “How can we trust you to ensure a fair and independent investigation or to do the hard work of reform? An apology is long overdue.”