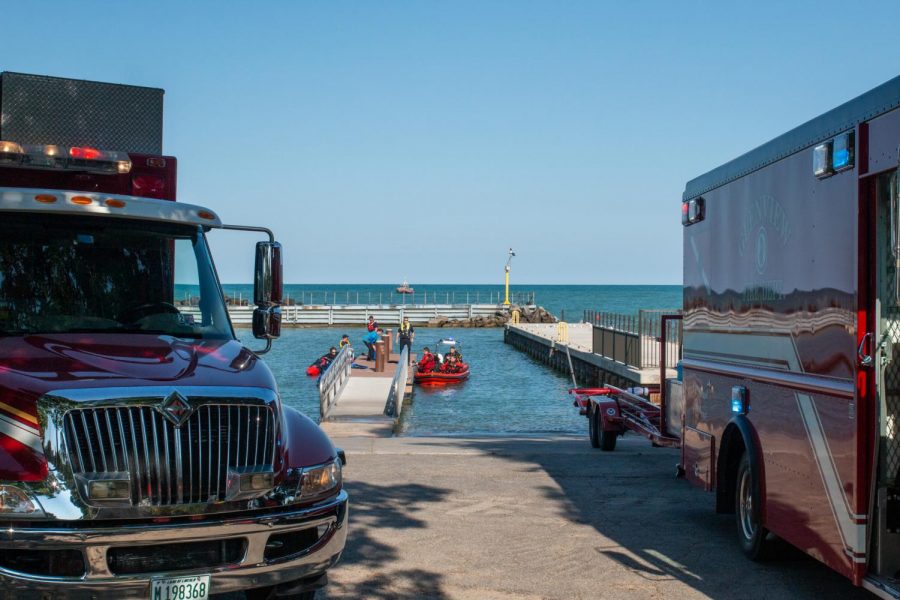 The three rescued were a mother, her daughter and an adult man who attempted to help them, Fire Chief Paul Polep said. All three were transported to local hospitals, with the mother in critical condition and the daughter and man in good condition. First responders arrived at the beach around 1 p.m.

Security footage showed that prior to the arrival of first responders, a 20-year-old man entered the water and did not resurface, according to an EFD news release.

While clearing the scene for the initial rescue, crews found a pile of unclaimed clothing with identification on the shore around 2 p.m., Polep said. EFD escalated their response, bringing in dive crews from area fire departments to help with a rescue effort, later switching to recovery efforts after several hours of searching, he added.

“After so many hours in the water, it then becomes a recovery (effort) for the safety of our divers and all the people working on the water,” he said. “The rip current waters are very dangerous today.”

The recovery team searched the water with sonar scanners, he said. EFD recovered the body at 9 p.m. following the seven-hour search.

Over 40 vehicles of fire and safety agencies from surrounding communities responded to the call for rescue. Nineteen area fire departments, the U.S. Coast Guard and the Chicago Fire Department assisted in the search, according to the release.

Swimming closed for the season on Sept. 6. While some lifeguards were present to clean up the beach, there were none there to monitor the water, Patrick Deignan, the city’s communications manager, said.

“The waters are very unpredictable… so that’s why the beaches are closed,” Polep said. “That’s why you should be very mindful of what you’re doing before you go in the water and be well aware of all your surroundings.”

This story has been updated to reflect new developments.