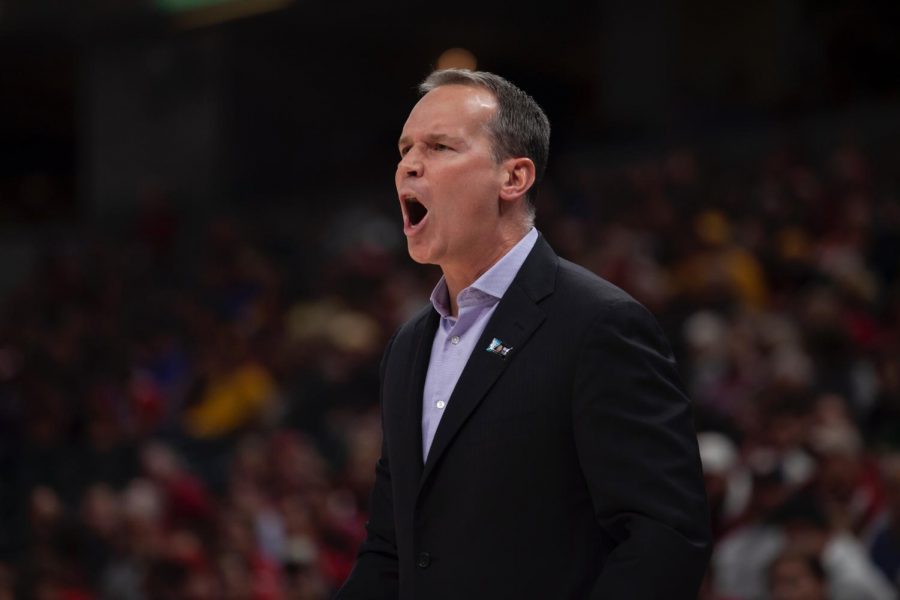 Coach Chris Collins watches the action on the court. Collins continued his recruiting success with the commitment of four-star guard Rowan Brumbaugh.

After a tumultuous 2020-21 season and Miller Kopp’s transfer to conference rival Indiana, the Northwestern men’s basketball team received welcome news on Monday with the commitment of four-star Class of 2022 recruit Rowan Brumbaugh.

“1000000% COMMITTED,” Brumbaugh said in his commitment post on Twitter. “This is just the start. Let’s keep working.”

Brumbaugh, a 6-foot-4 point guard from Northfield, Mass. and the no. 86 player in his class according to 247Sports, picked the Wildcats over a wealth of college basketball powers, including Oregon, Kansas, Texas, Maryland and Miami.

Brumbaugh is another major signing for coach Chris Collins, who has had his strongest recruiting efforts in recent offseasons. The Northfield Mount Hermon star joins Kopp, senior forward Pete Nance, first-year guard Casey Simmons and junior forward Robbie Beran as four-star recruits to commit to NU in the past five years.

The addition of Brumbaugh, who is the Cats’ first Class of 2022 commit, bolsters a guard rotation brimming with offensive potential, including Simmons, junior Boo Buie, redshirt junior Chase Audige and sophomore Ty Berry.

Brumbaugh will face a tall task in shaping the Cats into contenders. Despite NU’s recent triumphs on the recruiting trail, the Cats have yet to translate that success into Big Ten wins. 2020-21 marked the third straight season that NU had a losing streak of at least ten games, and the Cats have not won a game in the Big Ten tournament since 2017.