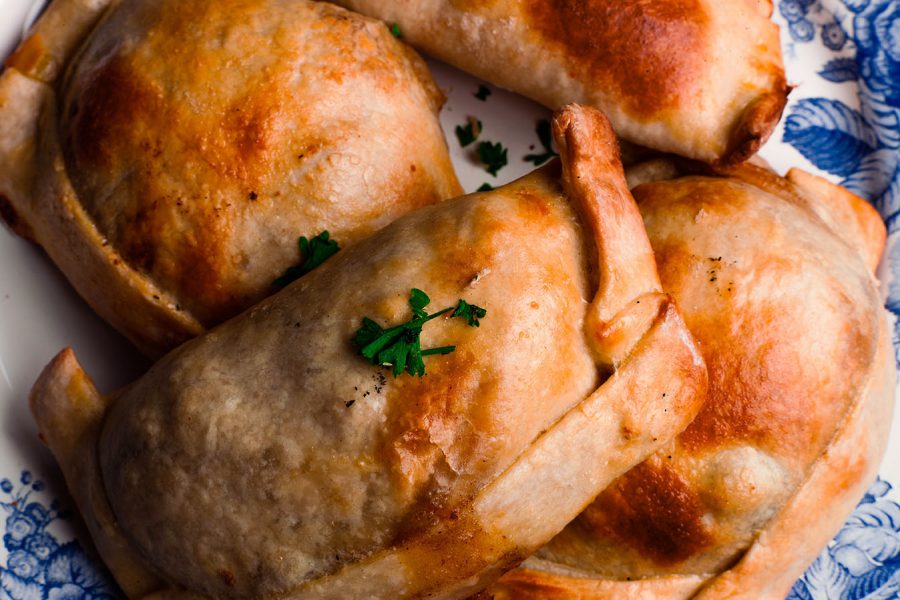 After years in the journalism industry and a long-harbored passion for the culinary arts, reporter-turned-cook Pablo Soto and his wife Julie Morrow-Soto launched Don Pablo’s in May.

The couple is temporarily running their business from their home instead of a restaurant, taking online orders from customers in the area. On Don Pablo’s website, customers can order a variety of empanadas, as well as other Chilean food, such as alfajores, which are crust cookies filled with caramel.

Soto, who is from Chile and has spent the past 25 years in the United States, said the pair originally hoped to open the restaurant in Evanston. However, due to location issues, the couple had to move to another facility five miles south in uptown Chicago. He said the plan is to open the physical restaurant in November.

“Once we get orders, I cook, I communicate to my customers. They can come to my home and pick (the food) up, or I deliver it myself,” Soto said. “It’s been great because I get to meet a lot of people that I haven’t met in my life before.”

After the physical restaurant opens, pick-up and delivery services will continue, Soto said, but there will also be space for customers to sit down and eat.

Morrow-Soto said the backstory behind the name “Don Pablo’s” is related to Pablo Neruda, a Chilean poet and politician who won the Nobel Prize in Literature in 1971.

“People may assume that it’s ‘Don Pablo’s’ because my husband’s first name is Pablo,” Morrow-Soto said. “But there is a longer backstory for how we established the name, and a lot of the menu items are built around Pablo Neruda.”

For example, one of the empanadas is named ‘poeta,’ or poetry in English, and features shrimp as a main ingredient. Soto said the name alludes to how Neruda loved and lived by the ocean.

Another empanada is named ‘pluma,’ which means feather or pen in Spanish. The empanada has connections to both meanings of the word — its chicken breast filling is inspired by the feather, while the pen is related to the poet, Soto said.

In addition, the restaurant’s logo features a man with a tobacco pipe, whose design Soto said is based on Neruda’s image.

Chicago resident Consuelo Lopez said she found out about Don Pablo’s from a Facebook group for Chileans living in the city. She added she has ordered many times from Don Pablo’s since then.

“The food is really good,” Lopez said. “They prepare the real Chilean empanadas, which are bigger than the ones from other countries. Besides, the service is excellent. It’s pretty easy to order and pay through the website.”

Neil Reimer said he first heard about Don Pablo’s when he moved to Glenview, eight miles away from Evanston. He lives on the same block as the Sotos, who sent a few alfajores to Reimer’s family as a welcome gift.

Reimer said he once ordered three dozen alfajores from Don Pablo’s and brought them to his family reunion.

“Everyone was clamoring to try one, and once they took a bite, they were clamoring to get another one,” Reimer said. “They’re so light and flaky with a light caramel creme in the middle.”