Finding your voice: a guide to Northwestern a cappella 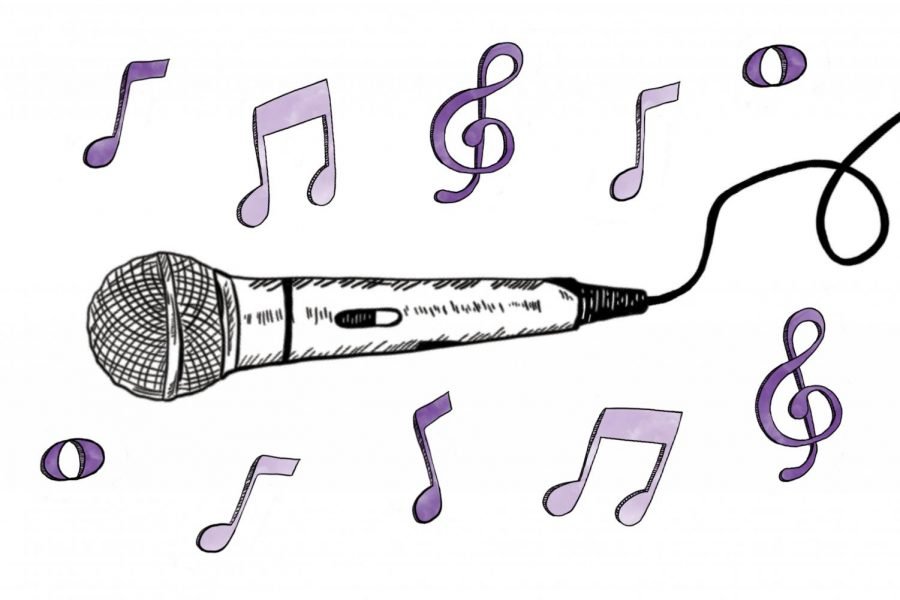 Find your place among the a cappella groups at NU, with over a dozen to choose from.

Whether you’re looking to use your singing voice to compete at a collegiate level or just want to make friends who share your love of singing, the a cappella scene at Northwestern can cater to your every musical need.

With 14 total groups, there is a wide array of competitiveness, composition and song choice. Though some groups hope to make it to the International Championship of Collegiate A Cappella, some focus on on campus performances and collaboration.

If you’re ready to live your best Pitch Perfect life, look no further than our list below to get a sense of which group you belong in. We may not be the Barden Bellas or the Warblers, but among the 14 following groups, you’re sure to find some place to let your voice be heard.

As one of the two all-male groups on campus, Asterik is known for its “fratty” vibe and the lack of an “S” in their name. While they don’t compete, they put on themed shows, including a TikTok-inspired show they performed last year.

Extreme Measures is one of 10 co-ed a cappella groups on campus. They don’t compete, but they travel around performing their shows, even going as far as Montreal. Their latest album, Electric Blue, is available on Spotify and iTunes.

Typically donning green bowling shirts, Freshman Fifteen, known as F15, is the second all-male a cappella group on campus. The group is not all freshman — nor are there only fifteen — but they are a group of pop-loving musicians.

Though Harmony in Spirit is a Christian co-ed group, they welcome members of all religious backgrounds and perform a mix of Christian and non-Christian music. The group does not compete.

Purple Haze is one of three groups at NU that competes. Every fall the group hosts a Best of the Midwest where they invite nearby schools to perform and perform multiple shows on both national and international tours.

As a Jewish a cappella group, ShireiNU hosts High Holiday events and celebrates Jewish culture through music. Each letter of “Shirei” stands for a different facet and value of the group, who do not compete.

While the group used to be composed of all women, two years ago they transitioned to becoming a gender-inclusive group, encouraging non-binary, trans and genderqueer singers to audition. The group performs pop songs and themed shows and does not compete.

Soul4Real is NU’s premier African-American a cappella group. In 2014, the group sang for the Obamas at the Holidays at the White House event. They mainly perform soul and gospel music.

Another co-ed and noncompeting group, Tempo Tantrum emphasizes low voices. If you have a baritone, tenor or bass voice, this is the group for you.

THUNK is NU’s oldest a cappella group, created in 1993. They perform at least two concerts every year and take a trip to Cape Town, South Africa, every other year for music education volunteer work.

Treblemakers is the second competing group on campus and is an East Asian-interest a cappella group. Created in 2004, the team performs songs in multiple languages from Japanese to Mandarin.

The Undertones are the last of the competing groups on campus and are a co-ed group. They tour nationally and internationally, and past tour spots have included Barcelona, Edinburgh and New York City.

Auditions for all these groups begin in the fall, but if you don’t make a group the first time don’t worry — most will be looking for new members in the winter and spring again! Don’t be afraid to take your talents to the stage with college a cappella.

— Podculture: For some campus a cappella groups, competition takes a backseat to craft

— NU Declassified: An inside look at Northwestern a cappella groups