A comprehensive guide to student publications at NU 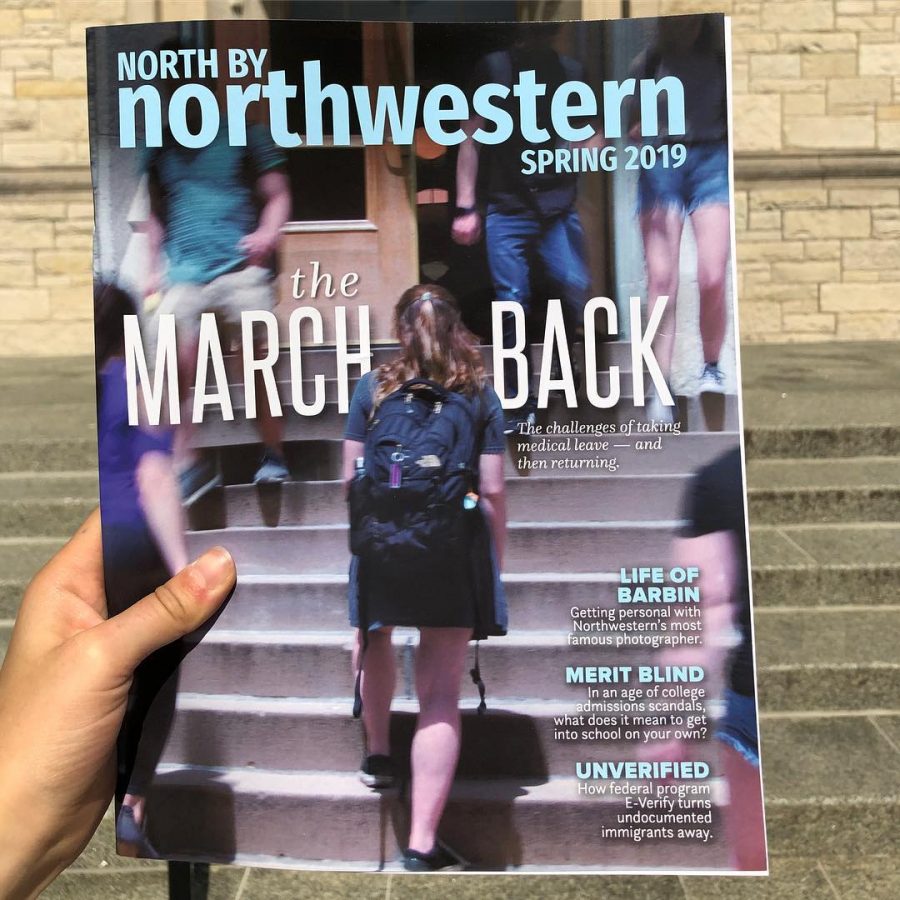 Photo courtesy of North by Northwestern

NU has nearly 20 student publications -- there's a place for everyone somewhere.

For journalism majors and nonmajors alike, the student publication scene at Northwestern is bustling with opportunities. Whether it’s because NU has the highest ranked journalism school in the country or because the students have a great passion for writing, there are a wide variety of options for writers of every experience and skill level.

Each of the 19 publications on campus has its own style, voice and focus. The process of choosing which one to join can be overwhelming, so we’re here to help guide you through the different options (and of course plug our very own, The Daily Northwestern).

As the school’s only Black student magazine, the publication provides a perspective of the Black community on campus. Its slogan, “Ubuntu,” is a symbol of a unified Black community with the aim to honor diverse identities.

As the second of two ethnicity-related publications, NUAZN publishes about twice a year with a focus on Asian-American stories. Past issues include a retro and counterculture issue as well as a food issue. The publication is also part of the Asian Pacific American Coalition at NU.

NU’s chapter of the national publication features stories for women centering on lifestyle, entertainment and tips. The magazine staff writes with a casual tone to ensure readability and audience connection.

NNN is the only broadcast news network on campus and has received numerous accolades, including multiple Chicago Midwest Emmy awards. They have both a sports and politics segment, catering to a wide variety of interests. The organization offers many opportunities both in front of and behind the camera, including anchoring and producing.

Tune your radio to 89.3 FM and listen to NU’s very own radio station. Between carefully curated music selections and students hosting their own shows, WNUR strives to highlight underrepresented music.

WNUR also releases a magazine focused exclusively on music once a quarter. Wavelength puts the focus on the artist, with many articles consisting of interviews with various musicians and bands.

Founded in 2014, the magazine is the first arts and culture publication at NU. Its focus is the Chicago arts scene, and the magazine covers everything from film and TV to food.

Founded in 1980, the arts and literary magazine is one of the older publications on campus. The organization publishes a combination of prose, poetry and art, including music from local artists. If you would describe yourself as artsy, Helicon is perfect for you.

As NU’s premier fashion publication, STITCH just celebrated its 15th anniversary this year. Past writers have gone on to become current editors at Vogue and Teen Vogue and sometimes come back to speak to the staff. Operating under the motto of “Set Fashion Free,” STITCH publishes a magazine once a quarter with photoshoots and editorial content.

Spoon U is NU’s chapter of the national publication focused on food. Their most recent issue, “Farm to Table,” featured recipes and interviews with food influencers. Perfect for the self-described foodie!

Describing itself as a “Northwestern Wildcats community,” SB Nation’s Inside NU is the home for all things NU sports-related. Incorporating both the voices of current athletes and aspiring sports journalists alike, Inside NU reporters rarely miss a Cats game.

Though it was only founded in 2019, the NULJ has seen significant interest across campus. The journal discusses law-related topics in order to foster scholarly debate and analysis through long-form articles that are a minimum of 20 pages.

This publication is the only peer- and faculty-reviewed journal of undergraduate research on campus. It highlights both student and faculty research in all areas of study from psychology to performance studies.

NBR is part of NU’s largest business organization, the Institute for Student Business Education, and publishes content surrounding career, finance and technology. The organization is perfect for those who are interested in the intersection of journalism and economics, with much of the current staff being economics majors.

No campus would be complete without a satirical publication, and Flipside is one of ours. Between poking fun at national events and campus-related humor, Flipside covers it all. Try your hand at “Ask Flippy,” a column that may (not) have all the answers to your burning questions.

Self-described as “heinous,” Sherman Ave is the second satire publication on campus. The media site has a freshman guides series (but be warned: you might not want to follow it) and an advice column.

NBN is one of the two general interest print publications on campus. The magazine uses a more colloquial voice and covers every topic from news and sports to opinion and entertainment, putting out online content weekly as well as a quarterly print magazine. No initiation or application process is required, and anyone is welcome to write one article or a hundred for the highly praised publication.

That’s us! As the second of the two general interest print publications, The Daily is the University and Evanston’s premier newspaper. We’ve been around since 1881 — making us the oldest publication on campus and in the city. Between our print and multimedia desks, our coverage is wide-ranging, from campus events out into the greater Evanston community. We publish extensive content five days a week, working out of our newsroom in Norris University Center.

Come join us! If we’re not your cup of tea, try any of the other 18 publications, and one is sure to satisfy your writing and/or producing aspirations.

— A journey toward healing with poetry therapy