Former Board of Trustees chair Howard Trienens dies at 97 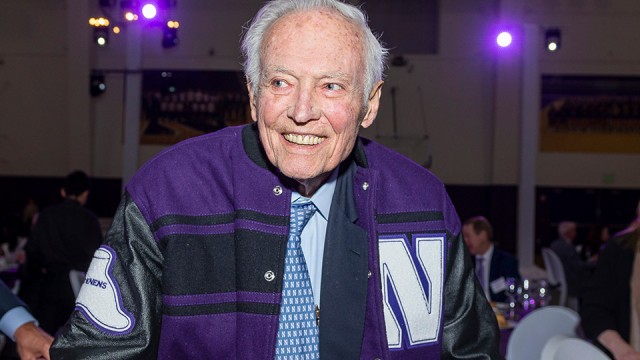 Howard Trienens, a Northwestern alumnus and former chair of the Board of Trustees, died in late July, the University announced.

Trienens, who passed at 97, joined the Board in 1967 and served as chair from 1986 to 1995. He was appointed as a life trustee in 2000. A longtime donor for the University, he recently made a gift toward the renovation of an updated practice facility.

As a longtime lawyer and eventual partner at Sidley Austin, Trienens shaped the firm’s trajectory over the course of his time there. He received multiple awards as an alumnus, including an honorary degree in 1995 and the Alumni Medal the following year.

​​“Howard was clearly the smartest person in any room. But he wielded his incredible intellect in a humane and inspiring way,” President Morton Schapiro said. “His contributions to his alma mater are legendary.”