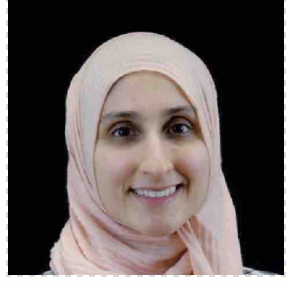 As a non-native speaker, Arabic Prof. Fatima Khan needed a good Arabic dictionary when she was a student.

When she couldn’t find any, Khan decided to create one herself in 2015 for other non-native-speaking students. The project took Khan five years to complete and required her to pick up some coding skills along the way.

Because Arabic is a root and pattern language, where one root could be part of many different words and used in different contexts, Khan said it can be time consuming and expensive to use a traditional dictionary that requires a student to look up a word by the root. Alternatively, Google Translate will only give the direct translation of a single word, rather than all the related words.

To counter these issues, Khan created an online dictionary that locates the root and provides all the related words, expressions and common phrases with a few simple clicks.

“I would come across (a word) and would want to look it up but wouldn’t have the dictionary on me or didn’t know the root,” Khan said. “But now, I see a word anywhere and I just type it in my phone, and I get the meaning and see all the words linked.”

The road to creating the dictionary wasn’t easy. Khan had to hire a website developer, which was a challenge, as few developers knew Arabic well enough. Khan said she had to learn some code herself to manage the data and explain the coding equations.

Users always want more features, including typing in different language keyboards and citing where certain words can be found in the Quran, Khan said. While the idea was to benefit her students at Northwestern, the outreach has expanded greatly.

Today, thousands of users around the world visit the site, including not only the U.S., but also  Austria, the Czech Republic, South Africa and India.

“The way the world has changed, just to have a website, the reach is so far to countries and places I never thought I’d be able to help,” Khan said. “The fact that it’s continually getting new users and keeping them is very rewarding, as someone who is an educator, to know you helped people in their pursuit of learning Arabic.”

One of Khan’s former students, Daniel Rosenzweig-Ziff (Medill ’21), said the dictionary has been instrumental in his life, even after ending his Arabic studies in school.

He still maintains relationships with pen pals with whom he communicates in Arabic and has been able to refer to the dictionary when he has a question on a word, he said.

“The dictionary made all the difference for continuing my education because there’s not a good reliable dictionary online for Arabic,” Rosenzweig-Ziff said. “As someone who no longer has a regular class who can ask professors about words, it makes all the difference knowing what I’m finding online is correct.”

Liam Haller (Weinberg ’20), another of Khan’s former students, said he studies Arabic every day for about an hour and still turns to Khan’s dictionary for help.

Haller uses the language in his everyday work as he conducts interviews with refugees and said the dictionary has served a practical use. He said he owes a great deal of his passion for the language to Khan — who inspired in him a love for it when he took two years worth of classes with her.

“Her dictionary is just a tangible way of seeing how she helps people all the time,” Haller said. “The dictionary is what she saw as missing for students learning Arabic, which I think is notable and speaks to her character.”

You can find the dictionary at https://www.arabicstudentsdictionary.com/