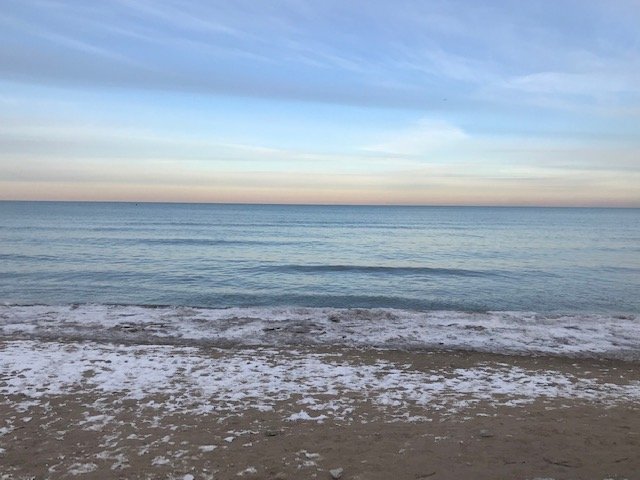 A lakefront at sunset. Based on a vote at the next City Council meeting, three local food vendors, including Wandering Cafe, may begin selling food on city beaches, though some residents worry about the risk to the environment.

After discussion with the Evanston Health and Human Services Department last night, City Council will vote in two weeks on whether to begin allowing mobile food vendors at city parks and beaches.

Currently, food trucks and other food vendors cannot operate within 100 feet of city vehicles unless given explicit permission by the city to do so. Past exceptions have primarily taken place during special lakefront events, including the Starlight Concert and Food Truck festival at Brummel Park.

If the new ordinance passes, one pushcart from Wandering Cafe and two food trucks would be on the Evanston shoreline for the remainder of this summer. According to Ike Ogbo, director of health and human services, these are the only mobile food vendors currently licensed in Evanston.

If the ordinance passes, the city will open applications for more mobile food vendors to get their beach licenses by Summer 2022.

Vendors would not be allowed to sell anything besides food and would have to provide their own trash receptacles. They would operate from 10 a.m. to 6 p.m., seven days a week, and would pay an annual licensing fee, which has already been paid by Evanston’s three current mobile food vendors.

According to a memo by Ogbo, the city only makes tax revenue on the initial licensing fee the vendors pay, and not from any food truck sales. During public comment, resident Dan Cusick expressed concern that the revenue generated by food trucks would be enough to justify the increased use of city resources which lakefront maintenance would then require.

Cusick was among many residents speaking about Evanston’s ongoing problems with litter on the shore, which some have taken to cleaning up independently. Cusick also said bringing in food trucks could obstruct emergency vehicles  and impact on the local economy by diverting business from restaurants near the lakefront.

“Without a doubt, food trucks will add an increased level of noise, air and solid matter waste pollution as well as traffic to the lakefront and surrounding residential neighborhoods,” Cusick said. “This is an enormous concern for Evanston as it is already struggling to manage the solid waste matter along the lakefront.”

Resident Barbara James said the lakefront is an important source of recreation and local pride for many longtime residents, and that while trendy,  food trucks ultimately go against residents’ efforts to maintain a clean, beautiful shore.

“Cooking food requires generators… that create noise and pollutants,” she said.  “A food waste disposal can be problematic and bring rats. That is not the scene that anyone would find appealing.”

Ald. Eleanor Revelle (7th) said while she feels three mobile food locations will have a limited environmental impact, she is concerned about setting a precedent for commercialization of the lakefront.

Ald. Tom Suffredin (6th) said the existing trash problem on the lakefront should not be used as an excuse to deter food carts from arriving, but should become a higher city priority to improve the environment for food trucks and other future additions to the lakefront.

“If you had food service businesses,” Suffredin said, “(the city) would have an economic incentive for trash to not be everywhere.”