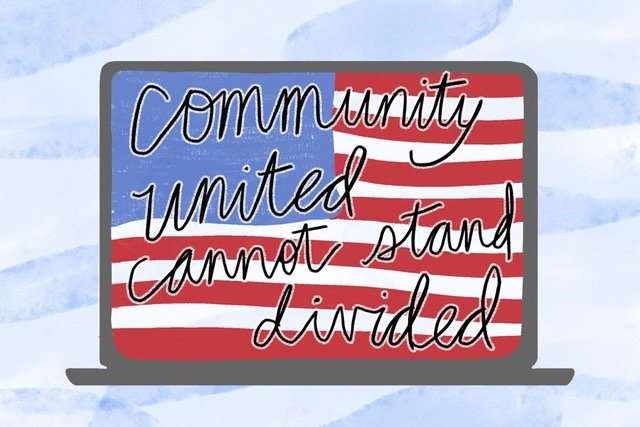 The cancellation of Evanston’s Fourth of July event prompted some online controversy from right-wing pundits.

In March, Evanston’s 2021 Fourth of July festivities were canceled due to public health concerns. But just weeks before the celebration was initially planned, the cancellation — and the city — got caught up in a controversy that made national news.

The Evanston Fourth of July Association made the decision to cancel this year’s event months ahead of time due to uncertainty related to the spread of COVID-19 and the timing of permit applications.

However, last week, that cancellation prompted online backlash from right-wing pundits who claimed the city’s failure to cancel its Juneteenth and Pride parades were indicative of a political agenda. The story eventually also made its way onto Fox News.

Mayor Daniel Biss reacted to the coverage on social media last Monday, issuing a statement clarifying the organizational structure of each group and emphasizing that the events are unrelated.

“Each event is run by a different volunteer group,” Biss said in the statement. “The July 4th Association, which plans well in advance, had to decide whether to go forward back in March. Back then it wasn’t clear it would be safe to do in-person festivities.”

The other celebrations — Juneteenth and Pride — were much smaller in scope, not needing permits for fireworks and other hallmarks of the city’s Fourth of July celebration. As a result, it was logistically easier to make scheduling and health decisions closer to the time of events, Biss said.

Both events were scheduled in compliance with state health guidelines, though the Pride parade was postponed to a later date due to inclement weather.

In a Thursday statement, members of the Evanston Fourth of July Association’s Board of Trustees released a statement explaining the reasoning behind the event’s cancellation and indicating their support for the organizers of the Pride and Juneteenth events.

“It is fortunate that we are witnessing the healthy re-opening of our community,” the statement read. “It is a blessing that health guidelines now allow for us to gather safely in Evanston.”

The Evanston Fourth of July Association plans to host virtual programming for this year’s Fourth of July, similar to last year, and said it looks forward to returning next summer for its centennial celebration.