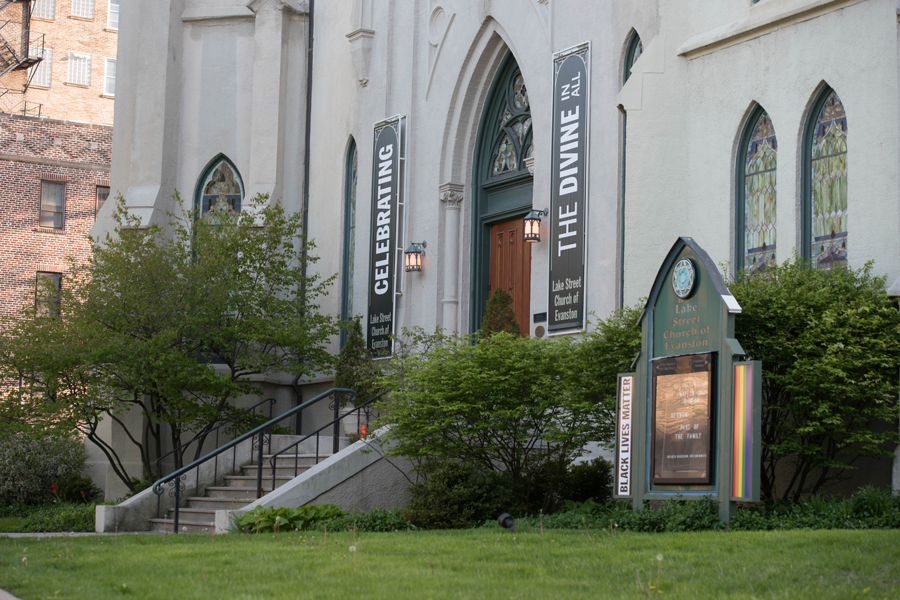 Lake Street Church. On Sunday, the church hosted an event discussing reparations through the perspectives of multiple different faiths.

Religious experts from across the country discussed reparations through an interfaith perspective in a Sunday panel hosted by Lake Street Church of Evanston and Second Baptist Church.

Rev. Michael Woolf of Lake Street Church of Evanston, who moderated the event, said while the discussion stemmed from Lake Street’s covenant relationship with Second Baptist Church to fight racism, he felt the need to reframe the discussion and gather insights from other faith traditions as well.

“One of the central commitments of this panel is really that spiritual and religious traditions offer resources for grounding the work of reparations and the work of repair,” Woolf said. “That’s especially true in a multifaith context because so much of how we talk about repair (and) about wholeness is indebted from a Christian perspective.”

Panelist Rev. Michael Nabors of Second Baptist Church started the event, which had around 90 attendees, by giving context on Evanston’s current reparations efforts. He said the city of Evanston passed a reparations ordinance in 2019 for up to $1 million per year for a duration of 10 years.

Woolf acknowledged the lack of female representation on the Sunday panel, and Nabors emphasized how Evanston’s reparations fund started as the vision of a woman, former 5th Ward Ald. Robin Rue Simmons.

“The ordinance authorizes the city of Evanston to repair the harm and damages that Black individuals and communities and their descendants experienced in a couple of different areas,” Nabors said.

He said though many Black Evanstonians were unsatisfied with the decision to put the first $400,000 to housing, there was a healthy discourse in disagreement, and the money is only 4 percent of the $10 million to be spent.

Bernstein added that controversy exists around whether or not it’s appropriate to accept reparations for slavery. He said the rabinnic principle teaches there is no monetary reparation for the loss of life.

However, he continued that rabbinic opinion affirming reparations did so on the principle that people who steal property, such as Nazis, are obligated to recompense what they stole. He said this idea is important for a Jewish political insight into contemporary reparations.

“There is no possibility for reparations for the millions of African people who were murdered throughout the Middle Passage, slave trade or slavery itself, but (the possibility exists) for unpaid wages for labor, and for continuing economic exploitation, and the many, many ways in which Black people have been stolen from by American corporations, American communities and the American government.” Bernstein said.

The Torah is the story of liberation from Egypt, he said, and everything else in Jewish tradition is commentary on the liberation.

Bernstein shared an example from The Torah that teaches about liberation from slavery in the story of the Exodus from Egypt, where the newly freed children of Israel left Egypt after taking reparations of gold and silver items and clothing.

“As a Jewish person who is animated by Torah, it is incoherent not to support reparations,” Bernstein said.

Panelist Duncan Williams, a Buddhist priest and University of Southern California professor, shared details about reparations for Japanese American people after their internment during World War II. He said the recommendations from the Commission on Wartime Relocation and Internment of Civilians included both a formal apology from the government as well as a direct cash payment of $20,000 to each individual who was alive to receive it.

The Civil Liberties Act of 1988 granted these reparations to Japanese American people incarcerated during the war, whom Williams said were majority Buddhist and not subject to the protections Whiteness and Christianity gave German Americans during the same time.

He also emphasized the importance of cross-community support in the success of the Civil Liberties Act, which was backed by the Congressional Black Caucus and former U.S. Rep. Ron Dellums. Another upcoming bill that would require the same level of cross-community support and engagement is H.R. 40, a federal bill establishing a Commission to Study and Develop Reparation Proposals for African Americans, he said.

Williams shared his hope to continue interfaith partnership on reparations in the future.

“You can’t become free by yourself, because our selves (are) actually interlinked with everyone else,” Williams said. “Therefore, freedom is only done together.”