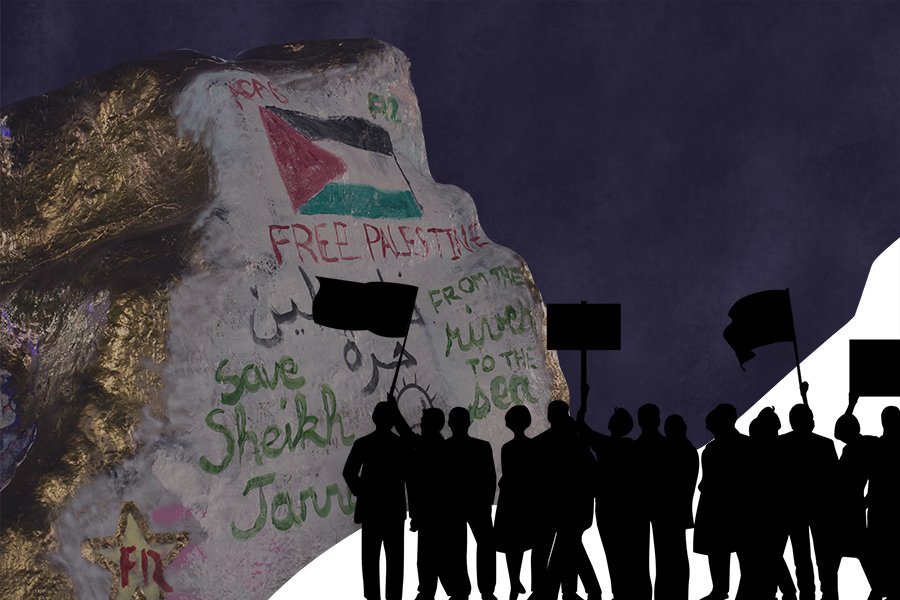 On June 1, student groups organized a teach-in about the current state and history of the Israel-Palestine conflict.

Multiple Northwestern student groups hosted a series of presentations discussing Palestine’s past, present and future at a June 1 virtual teach-in.

Groups that organized and co-sponsored the event requested anonymity for safety reasons. Political science Prof. Wendy Pearlman opened the event with a presentation followed by questions from the audience, with many centering around ongoing discourse on campus.

An alumnus followed Pearlman with presentations on movements affiliated with Boycott, Divest, Sanctions within NU. Organizers also talked about recent events in Palestine and students presented their backgrounds as Palestinian and Jewish individuals.

The teach-in was aimed at educating interested members of the community on Israel and Palestine’s relationship.

Pearlman said there are academic debates on whether the actions of the Israeli government can be characterized as settler colonialism, a term she said has entered recent popular discourse.

When asked whether it is academically correct to define the Israeli government’s actions as settler colonialism, Pearlman explained that in academia, scholars make an evidenced argument that a theory applies to a situation — and there are no academic truths. She said in an email to The Daily that she recognized research that disagrees with applying the term.

“There has been a tremendous amount of academic research using this term and arguing that it is indeed appropriate,” Pearlman said.

Pearlman also affirmed that antisemitism is an enormous issue. However, in the context of this debate, she said she worries the term is used to make people afraid to denounce legitimate criticisms of the Israeli government’s policies.

“It does a disservice to real cases of antisemitism,” she said. “It’s very disappointing to see people use the term antisemitism where it does not apply.”

A Muslim Palestinian student who presented at the event said the teach-in proceeded better than she had expected. The McCormick junior, who requested anonymity for safety reasons, said many attendees were willing to listen.

“This is the one event this entire quarter that made me feel very hopeful,” she said.

Participants asked Pearlman questions on issues recently discussed on campus, such as the painting of the phrase “from the river to the sea” on The Rock, which some argued is antisemitic. Pearlman responded that in this case, communication with the painter on the intent was important. It was a good question to ask, the source said. To her, it meant Palestinian unity.

Evan Carman, another student who presented at the event, discussed growing up as an American Jewish person in Rogers Park.

“The goal of my presentation was really just to show that every American Jew has their own story and there is no one American Jewish experience,” he said. “Me sharing mine was really just an attempt to let people in on what it’s like to be Jewish in America and how we came to exist as (a) population.”

Pearlman’s presentation concluded with a question on whether there is any optimism for the future in the region. She said there is a need to brainstorm other recourse beyond the two-states solution.

The anonymous McCormick junior, whose family members were refugees, added that she wanted to emphasize the refugee experience. She said she hopes the powerpoints of Palestinian and Jewish student perspectives would help attendees agree with the cause of human rights.

“What’s going on right now in terms of displacement and ethnic cleansing hasn’t been enough for some people to empathize with the Palestinians and treat them like humans,” she said. “I’m hoping that the fact that it affects generations after, that there’s an entire new entire outlook into this, is going to help people empathize.”