The Daily Northwestern • May 28, 2021 • https://dailynorthwestern.com/2021/05/28/city/carp-transportation-plans-should-address-environment-not-just-climate-organizers-say/ 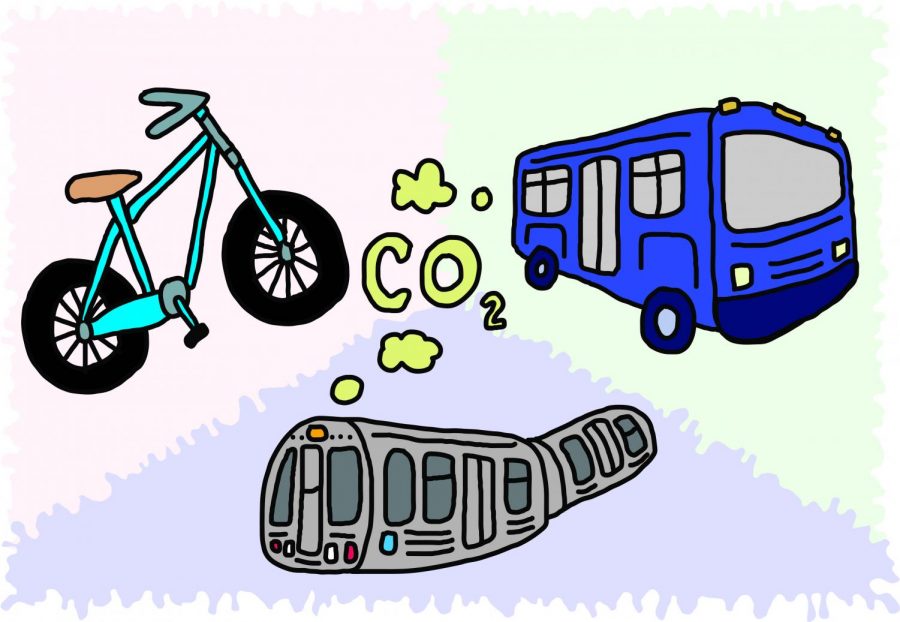 Evanston has various modes of transportation. Community activists have called for increased Americans With Disabilities Act compliance, as well as more robust transportation development as CARP is implemented.

Evanston’s Climate Action and Resilience Program plans to achieve carbon neutrality by 2050, so residents are organizing to address transportation, a key component of CARP that some say is being overlooked in the city’s planning.

In 2017, the transportation sector accounted for 17 percent of the city’s emissions alone, according to CARP. However, some metrics are inaccurate because providers like Chicago Transit Authority span multiple cities. Exact emissions numbers are needed to fully assess the scope of change required.

“The first step in taking meaningful action to reduce transportation and mobility emissions is to develop and implement a comprehensive multimodal transportation data collection program that includes vehicle-miles-traveled,” CARP reads.

Three years after City Council adopted CARP, the data aggregation system has not yet been implemented.

In February, the city celebrated two CARP milestones explicitly related to transportation, according to a city memorandum. Per the document, Evanston installed new public electric vehicle charging stations and promised to bring a Tesla Supercharger to Evanston in 2021. The city now has eight EV charging stations.

The report also announced the launch of the Municipal Operations Zero Emissions Strategy. The plan aims for carbon neutrality by 2035 within internal city operations, which includes city-operated fleet vehicles but not resident-owned nor externally owned modes like CTA.

“It occurred to us that there was an education and engagement effort that needed to happen… to understand the many benefits associated with good walking and bicycling and transit infrastructure, not just from a basic transportation standpoint but from a climate standpoint, from an equity standpoint, from a livability standpoint,” said Vickie Barrett Jacobsen, a co-founder and co-director of Go Evanston.

Barrett Jacobsen said ensuring infrastructure is “transit-oriented” and compliant with the Americans with Disabilities Act is a crucial tenet of transportational development.

“Our focus is really on expanding options, and leveling the playing field for these other modes, so that they can be safe and attractive options for all types of people,” Barrett Jacobsen said.

Ebels-Duggan said CARP’s lack of materializing the transportation data collection program is indicative that something is “going wrong” and that the city is veering off track. He believes addressing this entails a broad education campaign.

“Sometimes (urban transit) is going to be even faster to do by bike, but people just don’t know that,” he said, “or don’t have the infrastructure in place to be making that trip in something other than a motor vehicle.”

To increase transportation awareness among other climate solutions, ETown Sunrise will be hosting an event in the coming weeks with Sunrise Northwestern and Sunrise North Shore Chicago. Ebels-Duggan said they will focus on climate policy education with national legislation like the Green New Deal and local like CARP.

He said ETown Sunrise has more plans in the future that resemble the event, including the mayoral town hall co-hosted with Evanston Fight for Black Lives.

From CARP to Go Evanston to ETown Sunrise, community members are advocating for change within current transportation networks. From installing EV charging stations, increasing public transit accessibility and creating community awareness, these organizations are all offering solutions to the same transit-oriented future question: how will we get there?