The Daily Northwestern • May 27, 2021 • https://dailynorthwestern.com/2021/05/27/campus/president-schapiro-talks-polisky-resignation-says-he-had-complete-authority-over-hiring-decision-in-faculty-assembly-meeting/ 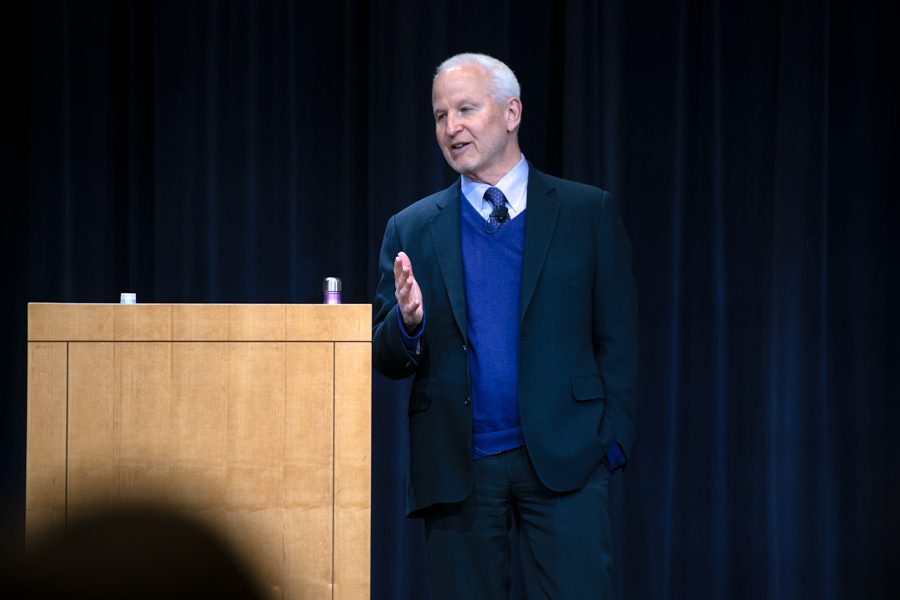 Schapiro spoke in the second half of the meeting, after a panel discussion on Northwestern’s fall reopening plans. Faculty Senate President Therese McGuire moderated the conversation, asking Schapiro questions submitted ahead of time by faculty.

McGuire said many questions submitted pertained to Polisky, who was named a defendant in a federal lawsuit concerning sexual harassment in NU’s cheerleading program.

“The allegations from the current former cheerleaders of racism and sexism were very sad and painful,” McGuire said.

While the AD search committee assembled a slate of candidates for the position, Schapiro said he ultimately chose Polisky and had “complete authority” over the call.

Along with endorsements from varsity coaches, Schapiro said his choice was motivated by an independent University investigation that concluded Polisky had not violated any policy and conversations with Polisky himself during the hiring process.

“If he had said, ‘I didn’t do anything wrong,’ I wouldn’t have offered it to him, but he said, ‘I learned from the experience, and I’m sorry.’” Schapiro said. “I believe now, in retrospect, it didn’t work out, and I made, as I said, the wrong decision.”

McGuire raised questions about why Schapiro chose Polisky when the candidate slate reportedly included women and people of color who were sitting athletic directors at other universities.

Schapiro said he believed, at the time, that Polisky was the best-suited for the job.

“I believe in diverse slates, I’m very supportive of that — that doesn’t mean you never hire the White man if you think he’s the best candidate,” Schapiro said.

Asked how NU plans to ensure survivors of sexual harassment feel comfortable stepping forward without fear of retaliation or insenstitve administrative responses, Schapiro said the Office of Equity, the Office of the General Counsel and the Division of Student Affairs are continually available resources.

McGuire also asked Schapiro if he believed the women involved in the lawsuit were telling the truth regarding the racism and sexism they faced. While he could not comment on ongoing litigation, Schapiro said he was “horrified” when multiple sources alleged of anti-Black racism and harassment in a February investigation published by The Daily.

McGuire shifted to faculty questions around University priorities for hiring moving forward. While he is not directly involved in hiring faculty, Schapiro said the University is emerging from the pandemic in a strong financial position and plans to hire more faculty across various departments and schools.

The University also has plans to transform the Donald P. Jacobs Center into “the social science hub of our dreams,” Schapiro said. He added that in meetings with the search committee for his predecessor, he has emphasized the importance of humanities to campus culture.

“I’m optimistic that when all these hundreds of new faculty join us over the next couple of years… that it’s going to be across the traditional fields that make a great research university,” Schapiro said. “I think it’s just a very bad decision to narrow your focus.”