The Daily Northwestern • May 27, 2021 • https://dailynorthwestern.com/2021/05/27/campus/johnny-mercer-foundation-songwriters-project-returns-virtually-for-its-16th-year/ 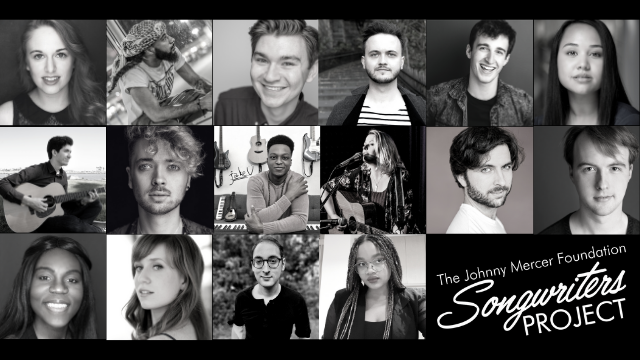 Sixteen emerging musicians across the world will gather virtually in June for an intensive week-long program in songwriting.

The Johnny Mercer Foundation Songwriters Project, in its 16th year, is a partnership between the namesake foundation and Northwestern’s American Music Theatre Project celebrating the late lyricist and singer’s legacy. The program will engage participants in a combination of workshops and masterclasses taught by established musicians, eventually culminating in a concert in July.

Accepted musicians ranging from ages 20 to 30 engage with genres spanning from musical theatre to electronic pop. But for selectees like Jasmine Forsberg, applying to the project tested her comfort zone.

Forsberg found out about the project through a friend. She said she looks forward to developing her technical understandings during the program and integrating songwriting into her acting.

An actor and songwriter, Forsberg said she has been performing on stage as long as she can remember and started writing songs at age 10. Writing music, often acoustic pop, has always felt like a personal journal, she said.

Forsberg said she hopes she can produce music that resonates with her audience. She said the variety of knowledge she hopes to gain from the diverse faculty excites her.

“I have a passion for (songwriting), I have been doing it for a very long time, but I know that I could improve upon the actual process of writing,” Forsberg said. “I’m looking forward to just soaking up any tips and tricks possible for writing whether that’s chord progressions or lyrics and rhyming.”

According to the project’s website, Hamilton creator Lin Manuel Miranda, Grammy Award-winner Stephen Bray and platinum-selling pop songwriter Lindy Robbins have served as masterclass instructors in the past. Not only do the instructors teach, but they can also offer mentorship to participants.

Jonathan Brielle, the foundation’s executive vice president, said mentorship is integral to the program, especially during the pandemic. Even though the event is virtual this year, Brielle said master teachers work one-on-one with individual songwriters.

“This is a project where everyone from Pulitzer writers to Tony winners to emerging writers are all on an equal basis, and perform their work in the evenings for one another after working all day,” Brielle said. “And with that, it’s become one of the best musical theatre think tanks that’s ever existed.”

Barrett Riggins, a Brooklyn-based actor and musician selected for the program, said he and Graham Techler, a former college classmate and another cohort member, co-authored a musical last January. The pair has three songs they want to polish throughout the course of the workshop, he said.

Riggins said he enjoys the rigor and deadlines within the program. Combined with the masterclasses and forums the program guarantees, he hopes he can expand upon his project on contemporary theatre.

“That is just totally in our element, so I’m really just looking forward to that experience,” Riggins said. “I’ll be curious to see how much we ended up being able to work on this new show that we’ve been developing, and how much will just be brand new material.”

é boylan, another selectee and composer attending the program, said they hope to explore the transformative quality of music with an emphasis on transgender identity.

Every artist’s story can teach them about their own narrative, they said.

“I’m excited to deepen my songwriting craft by generating alongside so many different kinds of music makers,” boylan said.

Brielle, who has been involved with the project for at least 12 years, said the program has expanded beyond the designated space since the pandemic started.

All of the program’s classes and materials are available online, and the foundation fosters a partnership with the City of New York Board of Education.

As an online experience, Brielle said the project has become even more effective.

“I started out the conversation by saying nothing ever replaces being in person, but the collaborative nature of our teachers, as well as the unique experience of all of these fabulously talented writers from all over there, there is an intention,” Brielle said. “Again, nothing replaces live, but this comes pretty darn close.”