The Daily Northwestern • May 23, 2021 • https://dailynorthwestern.com/2021/05/23/sports/softball-northwesterns-offense-goes-cold-at-the-wrong-time-in-lexington-regional/ 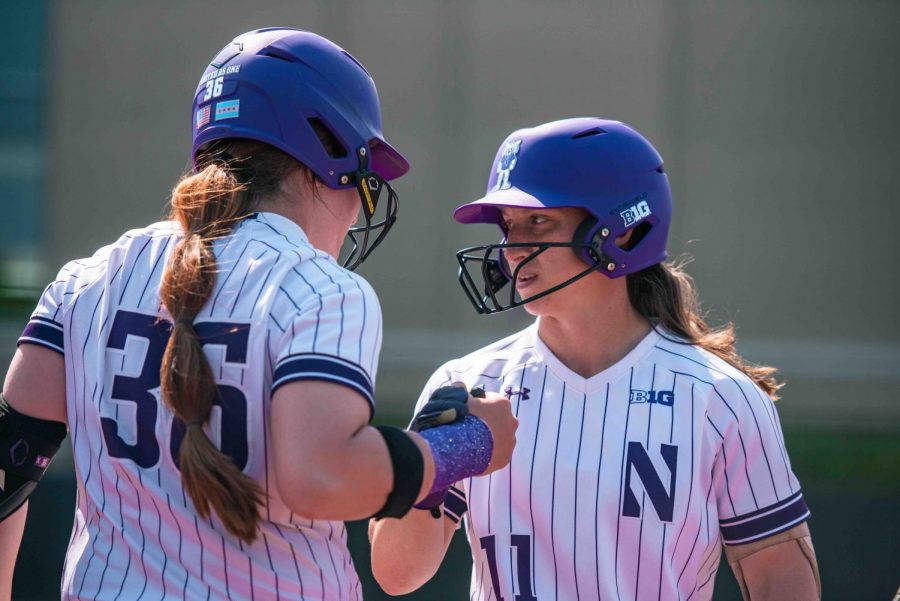 Down by three runs in the fifth inning of Saturday evening’s elimination game, Northwestern had good speed on base and the right part of the lineup coming to the plate.

It seemed like the perfect chance for the Wildcats to break through against No. 14 Kentucky after junior center fielder Skyler Shellmyer and senior second baseman Rachel Lewis both singled to left field. Junior catcher Jordyn Rudd, fifth-year senior Morgan Newport and junior shortstop Maeve Nelson — NU’s best run producers — were due up next.

But Kentucky ace Autumn Humes, who had just taken over for Grace Baalman, was not about to let the Cats get their big inning. She retired Rudd on a fly ball to center, with Shellmyer advancing to third. Newport grounded back to the circle to score Shellmyer, and then Nelson was retired on a roller to short to end the inning.

“We went cold again,” coach Kate Drohan said. “The difference in the game was Kentucky made two really big defensive plays that literally took runs off the board.”

It was the story of the season. When NU’s offense clicked, it almost certainly won. When it didn’t, victories were hard to come by. The Cats were 24-0 when they scored five or more runs this year, and 6-17 when scoring four or fewer.

Producing with runners in scoring position was an issue in both losses this weekend against the home-standing Wildcats from Lexington. The Cats were 0-for-4 in such situations in Friday’s game, losing 3-2 despite getting three extra-base hits to Kentucky’s zero.

“As the game went on, (Humes) got a better handle of her drop ball,” said Nelson, whose second-inning solo home run opened the scoring. “That was really getting us. She did a good job keeping it in the same tunnel as her curveball. At the beginning, we all felt really confident in the box, but as the game went on she got sharper.”

NU defeated Miami-Ohio (46-10, 36-2 MAC) 7-1 in the first elimination game Saturday afternoon on the strength of two big swings with the bases loaded — a three-run double in the second by senior third baseman Mac Dunlap and a fifth-inning grand slam by junior first baseman Nikki Cuchran.

Cuchran, a clutch performer during NU’s 2019 postseason run, was outstanding again in Lexington, with six hits in nine at-bats.

But the Cats couldn’t carry that production over to the next game. Shellmyer and Lewis reached base to start the first inning, but just as they would later, Rudd, Newport and Nelson failed to capitalize. NU put runners at second and third with one out in the second and managed to bring one run home on a Dunlap sacrifice fly, but Shellmyer then struck out to end the threat.

The following inning, Kentucky came up with a big hit with the bases loaded to take the lead for good. NU, meanwhile, finished its season-ending defeat 0-for-10 with runners in scoring position.

“Moving forward, we have some really key areas where we need to get better,” Drohan said. “That’s just how it works. You have to make a list and then attack it. I’m already thinking about it.”