The Daily Northwestern • May 23, 2021 • https://dailynorthwestern.com/2021/05/23/campus/qa-following-mike-poliskys-resignation-president-schapiro-talks-new-ad-search-hiring-practices/ 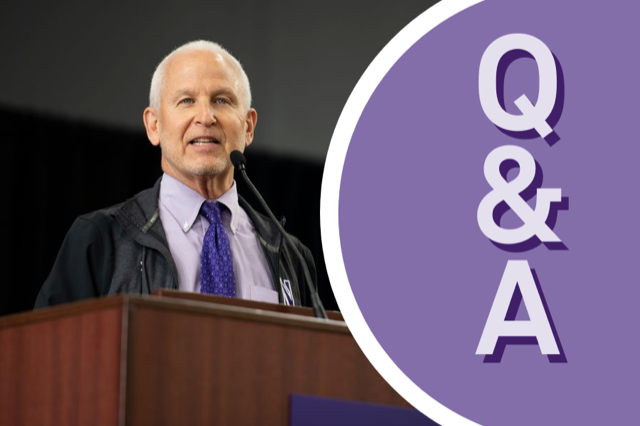 Members of The Daily’s editorial board sat down with University President Morton Schapiro on Friday to discuss topics pertinent to the Northwestern community, including Mike Polisky’s resignation, the announcement of diverse hiring commitments and the new search for athletic director. University spokesperson Jeri Ward was present. This interview was lightly edited for clarity and brevity.

The Daily: In response to community backlash of Mike Polisky’s hiring as athletic director, you said you were confident Polisky was the best person to lead. How are you feeling in retrospect about the choice you made?

Schapiro: Well, given how it turned out I wish we had tried something else, to be honest with you. Obviously you’d be crazy to say other than that. I was encouraged by the fact that he got a lot of support from the search committee, that I heard from many of our 19 varsity coaches about how well they knew him after 11 years and how supportive they were and I went forward with it. At the time, as you know, there was no open investigation into him. But as he wrote in the note, it turned out to divide the community, to such an extent that he moved down.

Schapiro: I think if Mike had stayed there was going to be availability from him and from me, but I was on the road. I came back, and we had plans, but then those plans changed.

The Daily: When he resigned, you had said that you respected his decision and appreciated all that he’d done for the University. Some community members have said that your statement failed to acknowledge the harm that was done, especially to the cheerleading team, under his leadership. How do you respond to that?

Schapiro: Well, he was here for 11 years. As the lawsuit charges, that happened a couple years ago, and he had a lot of things before that and a lot of things in other areas after that. He was stepping down. I thought it would be appropriate to thank him for 11 years of service and I know some people reacted very negatively to those words that I used.

The Daily: What is the current status of the new hiring timeline? Do you have any updates?

Schapiro: Well, not yet. We’ll be able to get an incredibly well qualified person who just can’t wait to join our community, or if it’s an internal person, to rise up to the new role and so we’re anxious to do that.

The Daily: Northwestern recently announced some changes through the introduction of the Diverse Slates Candidate Policy. How do you see this policy implemented across campus?

Schapiro: I’m a big proponent of this new addition to the way we do searches and hiring committees and the like, and I’m very supportive of it. I fully intend and everything that I run abides by it. I think we will end up with better discussion, better candidates and ultimately better people hired. So I’m very excited about that.