The Daily Northwestern • May 20, 2021 • https://dailynorthwestern.com/2021/05/20/sports/softball-northwestern-to-face-no-14-kentucky-in-ncaa-tournament-opener/

Softball: Northwestern to face No. 14 Kentucky in NCAA Tournament opener 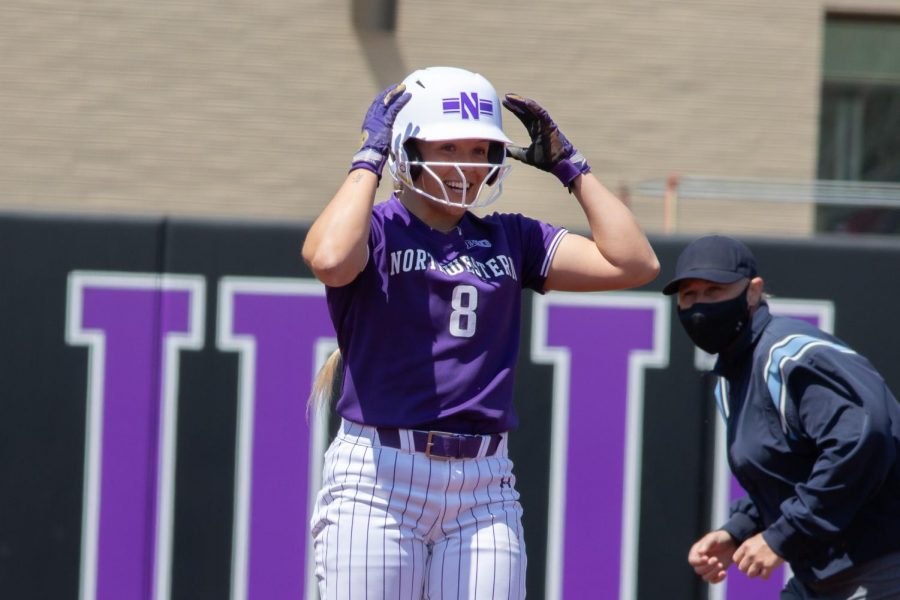 Skyler Shellmyer adjusts her helmet. Shellmyer was one of four Wildcats selected to the First Team All-Big Ten on Wednesday.

Coach Kate Drohan and Northwestern have been waiting for this moment for a while — 727 days, to be exact.

The last time the Wildcats (29-15, 29-15 Big Ten) played an NCAA Tournament game, they found themselves on the wrong side of an 8-0 blowout against top-seeded Oklahoma. Drohan’s current squad, which includes eight returning starters from that 2019 crew, will look for a better result this time around when it faces No. 14 Kentucky (39-13, 13-11 SEC) on Friday.

Miami-Ohio and Notre Dame are the other two teams competing at the Lexington Regional. The regional’s double-elimination bracket format means the two winners and two losers will face each other on Saturday, with up to three more games to be played over the weekend. The two remaining teams will go head-to-head on Sunday to escape the regional, with an additional game that will take place afterward if necessary.

“For all three teams in the regional, you have to be prepared for anything,” Drohan said. “That’s what’s fun about the postseason.”

Kentucky has won seven of their last eight games, limiting their opponents to three or fewer runs in each victory. In each of the past three NCAA Tournaments, Kentucky has won its opening regional without dropping a game. Catcher Kayla Kowalik leads the nation in batting average among players with more than five appearances.

The lone meeting between the Cats and Kentucky was a 2015 showdown that also occurred in the first round of an NCAA Tournament regional. NU lost a close 5-4 contest after failing to maintain a late lead.

Despite that loss, the Cats have a solid postseason resume of their own.

NU has qualified for five of the past six NCAA Tournaments, winning the opening match in its last three appearances. The Cats’ stellar finish to the regular season in 2019 allowed them to host a regional as a No. 16 nationally seeded team — and they went 3-0 during the opening weekend.

The Big Ten only allowed its members to schedule conference games for spring sports, so Kentucky and Saturday’s opponent will be the first non-conference foes the Cats meet this season.

“This is a really great matchup for us,” graduate utility player Morgan Newport said Sunday after the tournament brackets were revealed.

Newport, who was named to the Second Team All-Big Ten on Wednesday, was one of five NU players to earn All-Conference honors.

NU will need strong performances from all five this weekend to advance to the Super Regionals and win their first NCAA championship.