The Daily Northwestern • May 20, 2021 • https://dailynorthwestern.com/2021/05/20/city/citizens-network-of-protection-talks-police-body-camera-program/ 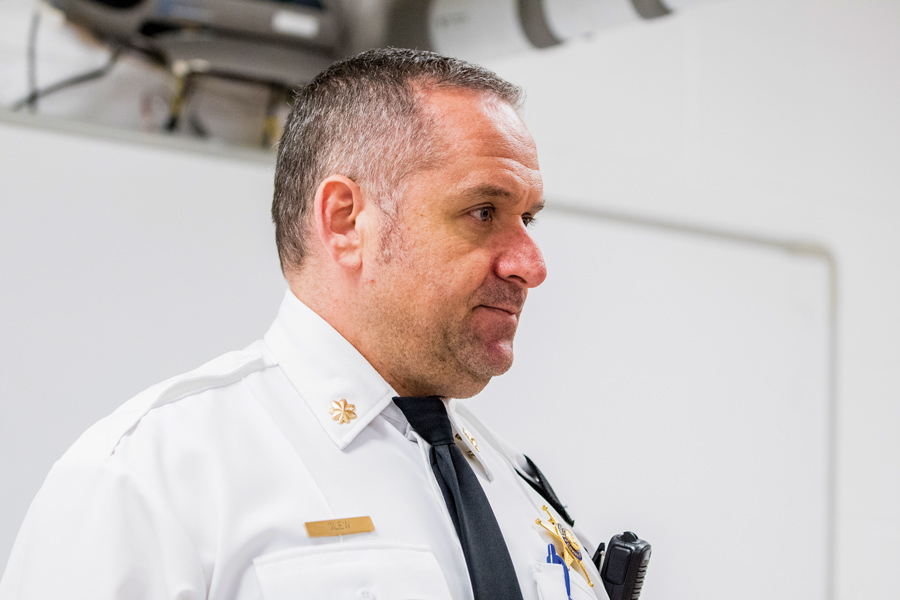 Evanston Police Department’s body-worn camera program was fully implemented in 2018 after a pilot period in 2017, Glew said. 120 Axon body cameras were deployed to the field units in patrol, traffic, problem solving team and the special operations group, according to EPD’s website.

In January 2019, EPD expanded the program to include members of the detective bureau, juvenile bureau and school resource officers, according to the website.

“If they want to say that they don’t want to (be recorded), if it’s allowed by law, then we won’t record,” Glew said. “Some people, depending on the circumstances, can’t withdraw their consent.”

According to the Illinois Law Enforcement Officer Worn Body Camera Act, an officer may continue recording despite a request to stop if they have reasonable suspicion that the person has committed or is committing a crime. The officer must indicate on the recording their reason for continuing to record.

Ester told the Daily CNP isn’t aware of any cases in Evanston where an officer failed to turn on a camera when required by law.

Glew said the law requires that bodycam footage be retained for 90 days except under certain circumstances, including situations involving use of force, death or grave bodily injury. If an involved officer is being investigated for misconduct, or if there was a detention or arrest, footage must also be retained beyond the 90 days, he said.

Glew also expanded on EPD’s complaint intake process, saying the department will accept complaints up to two years after an incident.

At an April meeting, the Citizen Police Review Commission, a Human Services subcommittee that reviews EPD’s internal investigations, concluded that an investigation into an allegation of race-based preferential treatment by an EPD officer was insufficient for the second time and returned the case to EPD for further review. One of the reasons was because EPD had not reviewed the bodycam footage from the other officers at the scene.

CPRC member Karen Courtright asked Glew about the discrepancy between the 90-day limit for keeping bodycam footage and the two-year limit for filing a police misconduct complaint. Glew said current technological limits make it cost-prohibitive to store all bodycam footage for more than 90 days, but this could result in the footage being deleted by the time a complaint is filed.

If a person thinks they might want to file a complaint in the future, Glew said they can call EPD, who will flag the footage so it won’t be deleted.

Ester told the Daily CNP would like to see the law changed to make police departments retain footage for longer. Additionally, she said it’s important for residents to be aware of police body camera policies — a key reason CNP held the event.

“Our goal (in holding the event was) to educate the public, to make the public aware of the different (bodycam) procedures, techniques and things that (the police) use,” Ester said.