The Daily Northwestern • May 17, 2021 • https://dailynorthwestern.com/2021/05/17/campus/qa-new-vp-and-cio-amy-falls-talks-northwesterns-investment-interests-plans-for-transparency-and-goals/ 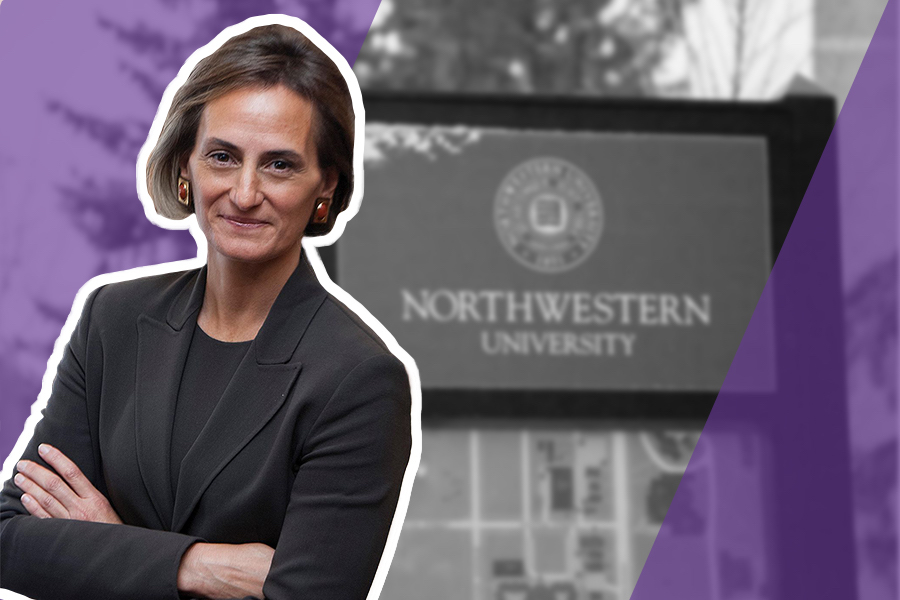 Amy Falls started her term as Northwestern’s first female chief investment officer on May 1. Last week, members of The Daily’s editorial board sat down with Falls to discuss the University’s imminent financial future, transparency and fiscal goals. This interview was edited for clarity and brevity.

The Daily: You have previously served as CIO at biomedical research institution Rockefeller University as well as at Phillips Academy Andover. Given that these educational institutions have different needs than models compared to NU, how do you plan to adapt that experience to your new role?

Falls: At Rockefeller, the endowment was about a third of the budget. At Northwestern, it’s exciting to take on a larger endowment that plays an equally critical role in supporting the budget, in a way that is not tuition dependent and not government dependent. That can be important for the independence of the research institution. The average endowment return over the last 10 years has been just over 8 percent. If you don’t generate over eight, you’re falling behind. The top tier endowments have been closer to 10 percent over that same period. So again if we want Northwestern to continue to grow and attract the best faculty and the best students, and do the best research, we don’t want to fall too far behind. My goal is to be in that top quartile, and to make sure that Northwestern can continue to be the center of excellence that it is, while also being affordable for students from all different backgrounds.

The Daily: You are in charge of a $12.2 billion investment portfolio, from which NU derives a fourth of its revenue. How do you plan to expand the University’s endowment and revenue?

Falls: We really have to generate returns above what we’re taking out. Hopefully. The markets are the markets. What we can control are the risks that we take, and the people that we partner with, so that’s what this office can do. I think there are really important ways to think about generating the best possible returns and at the top of the list is partnering with the best investment managers. We don’t do very much direct investing here. What we’re trying to do is to set a high level asset allocation strategy which looks at the globe and which regions and industries makes sense to invest in, and then find the most responsible, reputable managers who actually do security selection and buying and selling.

The Daily: Students have repeatedly demanded that Northwestern disclose its investment portfolio. Do you plan to release this information?

Falls: I think that we can and should provide adequate transparency for those groups to understand where the institution stands. I believe that if I had to leave you with three things, that would be transparency, dialogue and rigor. They are not easy to attain. We will not get to the right answers — unless we’re willing to engage in dialogue. There may be some nuance in how the data is communicated, but I believe that we can meet the standards that would answer the questions the students are asking, without violating whatever confidentiality our managers feel they need to keep their edge.

The Daily: What do you see as your biggest priority as we near the end of fiscal year 2021? What are some more longer-term goals you have for the 2021-22 academic year and beyond?

Falls: I think a lot in three- to five-year timeframes, because markets are really volatile. This year in particular, we had a cataclysmic event in March. Everything’s recovered like crazy. And so, in fact, unless something really goes bump which it could be doing, we should have a very strong fiscal year. Right now, we have the lowest interest rates and relatively high stock valuations. We’re a little bit, in my mind, looking to preserve the gains in the next year or so.