The Daily Northwestern • May 15, 2021 • https://dailynorthwestern.com/2021/05/15/sports/lacrosse-junior-attacker-izzy-scane-named-tewaaraton-award-finalist/ 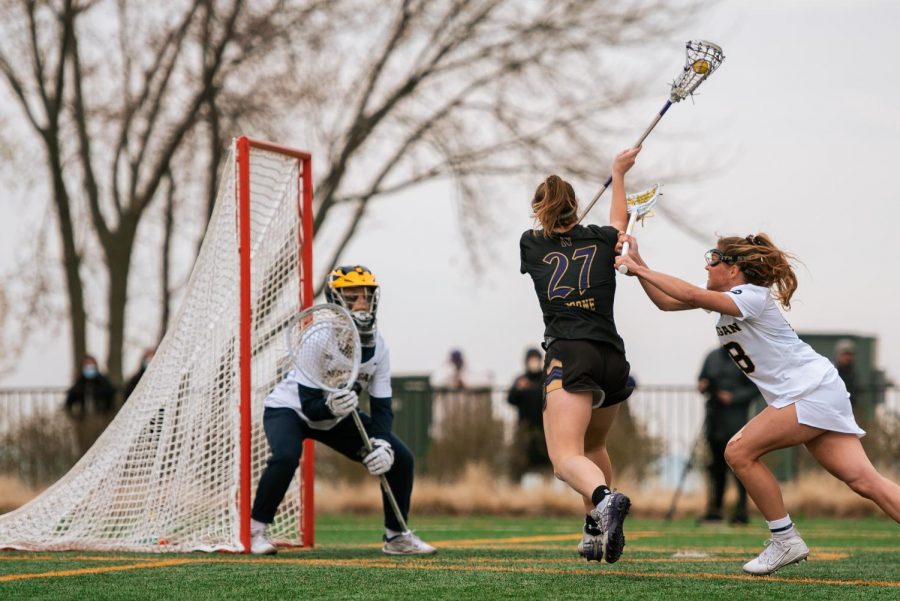 The Scane train keeps on chugging.

Junior attacker Izzy Scane was one of five women named a Tewaaraton Award Finalist Friday. She was the only Northwestern lacrosse player honored with the other finalists coming from the University of North Carolina-Chapel Hill, Boston College, and Maryland.

Scane leads the nation in goals, goals per game, points and points per game. Following her nine score performance at the Big Ten Championship, she was named the tournament’s Most Valuable Player and Big Ten Attacker of the Year.

Scane ranks first on the Wildcats, with 81 goals and 18 assists this season. Senior attacker Lauren Gilbert and graduate student attacker Lindsey McKone also received recognition and were named nominees for the award alongside Scane in April.

“It’s super helpful having so many girls behind me that can make plays and be successful on the offensive side,” Scane said. “I’m super lucky to be surrounded by (my teammates) who are all amazing at what they do.”

The No. 2 Wildcats (13-0, 11-0 Big Ten) will host the first and second round of the NCAA Women’s Lacrosse tournament at Martin Stadium. Scane and her squad will take the field Sunday to square against Friday’s winner of the first round game between No. 13 Stanford and No. 15 Denver.

Scane’s last appearance in the tournament came in a blowout loss to Maryland in the Final Four. Now, with her record breaking junior season, she feels ready to help NU claim its eighth national title, she said.

“The main thing for our team is to focus on ourselves and the little things that will add up to us being successful later this season,” Scane said.

—Lacrosse: How Izzy Scane went from the backyards of Michigan to front and center in the Big Ten