The Daily Northwestern • May 14, 2021 • https://dailynorthwestern.com/2021/05/14/city/evanston-public-library-hosts-virtual-discussion-about-citys-history-of-school-segregation/ 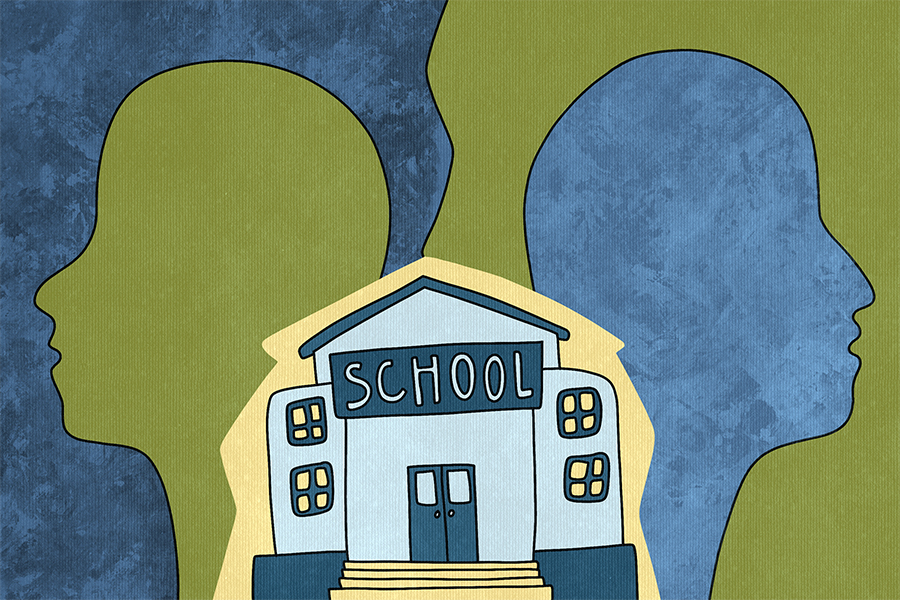 Evanston Public Library hosted local experts and activists in a panel discussion on school segregation in the city.

Local organizers and experts discussed the history of school segregation in Evanston, the closure of the 5th Ward school and its current impacts on residents at a virtual panel hosted by Evanston Public Library.

Organizers from the group Talking Whiteness, which holds conversations about Whiteness and racism, facilitated the event, which is the first in a two-part series. Another session will take place May 20 and will be moderated by Evanston Township High School students.

Talking Whiteness member Blaire Frett graduated ETHS in 2012 and grew up in Evanston’s 6th Ward. During the 2012 referendum vote to build a school in the 5th Ward, Frett noticed the pattern of northern Evanston’s two predominately White wards voting against its construction. When the group began their work facilitating discussions on anti-racism last year, Frett said questions around the referendum votes guided their efforts.

“Why is it that people voted this way?” Frett asked. “Can we have honest conversations about our histories, about our blind spots, about our own Whiteness?”

After “a personal turning inward,” Frett said around 30 young people organized to address inequities in the city’s education system. She said while those realities are “frustrating and disheartening,” she sees an opportunity to talk with others about the city’s history and hopefully, move residents in the 6th and 7th Wards to support a 5th Ward school.

Local Black historian and Shorefront Legacy Center founder Dino Robinson outlined some of the history of school segregation in Evanston.

Robinson said according to census records, the Black population lived in all areas of Evanston in 1900. By the 1930s, redlining confined most of Evanston’s Black residents to the area that is now the 5th Ward.

In the 1970s, Foster School closed as a neighborhood school because of Evanston/Skokie School District 65’s desegregation plan, in which children who had attended Foster School were reassigned to new schools. In the wake of school integration, Foster School was reestablished as a laboratory school and White students were bused to the building.

Robinson, who lives on the border of the 5th Ward, also shared the personal impacts and isolation caused by the neighborhood school’s closure to the present day. His daughter entered a lottery to attend the magnet Dr. Bessie Rhodes School of Global Studies, but other 5th Ward students continue to be dispersed between several neighborhood schools, where families often go unheard.

“Even to this day, families have mentioned trying to be involved in a PTA, of these different schools, and sometimes (being) told to be quiet because ‘This is not your neighborhood,’” Robinson said.

Mary Barr, assistant professor of sociology at Kentucky State University and author of “Friends Disappear: The Battle for Racial Equality in Evanston,” talked about the issues of busing, integration and the leadership of Superintendent Gregory Coffin during the 1960s.

Beginning in 1967, Coffin implemented what he referred to as “physical integration” by busing students to their new schools. Barr said the effects of busing were not evenly distributed, but people believed it was the only way to integrate.

“Integration really came at the expense of Black children,” Barr said. “Black children lost their neighborhood school. They lost Foster School. They went to school with White children, but they continued to be alienated.”

Realizing integration meant more than a racially balanced student body, Barr said the superintendent hired and promoted Black teachers and administrators and understood the importance of representation. Coffin completed a curriculum overhaul to rid materials of their racism.

Despite such progressive actions, the school board voted to remove Superintendent Coffin in 1969, with one year left in his contract. In 1970, the city held a special election in which another slate defeated Coffin’s group, forcing him out of office.

To end her presentation, Barr pointed to a mural painted at the intersection of Emerson Street and Green Bay Road that depicted Evanston school desegregation. The mural includes images of Joseph Hill and Oscar Chute, two leaders in Evanston schools. However, Coffin is missing from the picture.

“The Coffin story really goes against the dominant narrative that the city really hangs on to so tightly of racial equality,” Barr said. “If we included Coffin, we would be forced to face the fact that true integration was never achieved.”

Correction: A previous version of this article misstated Oscar Chute’s race. The Daily regrets the error.