The Daily Northwestern • May 13, 2021 • https://dailynorthwestern.com/2021/05/13/ae/nu-alum-michael-sadowski-discusses-new-memoir-with-jim-obergefell-at-bookends-beginnings-event/ 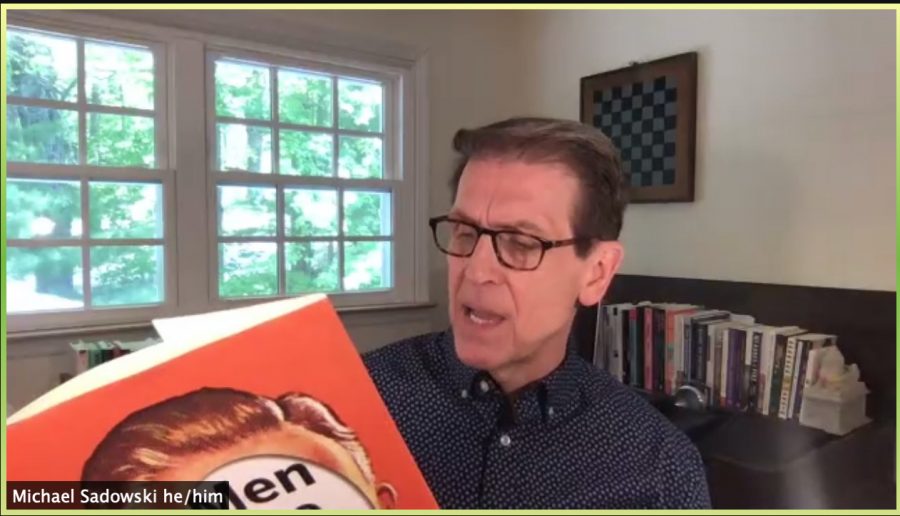 During the event, Sadowski, an administrator and professor at Bard College, read several excerpts from his memoir, including the prologue.

“The sections to the book are divided under three titles that are called ‘Noise,’ ‘Silence’ and ‘Voices,’” Sadowski said. “I call the prologue ‘Before,’ because it’s before all the noise and the silence and the voices.”

Sadowski said he based each chapter of his memoir around the images of manhood he saw while growing up. He either didn’t aspire to these images, he said, or was unable to achieve them.

The disconnect between these expectations of masculinity and his own identity, Sadowski said, led to a sense of disconnect from himself, his family and his friends.

“The story of the book is really about what things like toxic masculinity cost us in terms of our relationships,” Sadowski said.

Sadowski and Obergefell also discussed their complex relationships with masculinity. Sadowski said the word “man” as an identity was partially taken away from him and became an identifier he chose to let go.

Obergefell said he resonated with a statement Sadowski made about not feeling like he completely identified with the notion of manhood. When he shares his pronouns, Sadowski said he uses “he/him” but will add that “It’s complicated.”

“You helped explain something about myself that I’ve never been able to do for myself,” Obergefell said. “I’ve never felt comfortable or really even justified referring to myself as a man.”

In response, Sadowski brought up the end of his memoir, which explores letting go of the models of masculinity he saw around him.

Sadowski said there is a sense of liberation in not feeling an obligation to aspire to any expectations.

Sadowksi also read from two scenes that detailed his time as an undergraduate in Northwestern’s theatre program. Sadowski said at the time, he was aware of social class and his sexuality, but he was not yet acknowledging it.

His theatre training helped him write his book, especially when building dialogue and scenes, Sadowski said.

Sadowski said part of his motivation behind writing a memoir was in the hopes that his story would be relatable or comforting to someone else. For Obergefell, Sadowski seemed to have accomplished this goal. Obergefell said he connected with the experiences detailed in Sadowski’s memoir.

“(Sadowski) and I both grew up in a world where we never quite lived up to what others — and society — expected or demanded of us,” Obergefell said. “And I think that’s a feeling many people, whether or not (they’re) gay, can relate to.”

Nina Barrett, owner of Bookends & Beginnings, helped moderate the discussion and said Sadowski’s book is “easy to respond to” because many people have gone through similar experiences of dealing with others’ expectations.

Barrett also praised Sadowski’s writing. She said the memoir beautifully captures his journey to embracing the truth of his story.

“This is a book that is sometimes funny, and sometimes sad, and ultimately very complex and profound,” Barrett said. “It is a total joy to read.”