The Daily Northwestern • May 11, 2021 • https://dailynorthwestern.com/2021/05/11/campus/a-look-back-on-greek-life-senate-seats-following-asg-vote-to-abolish-guaranteed-representation-for-pha-ifc/ 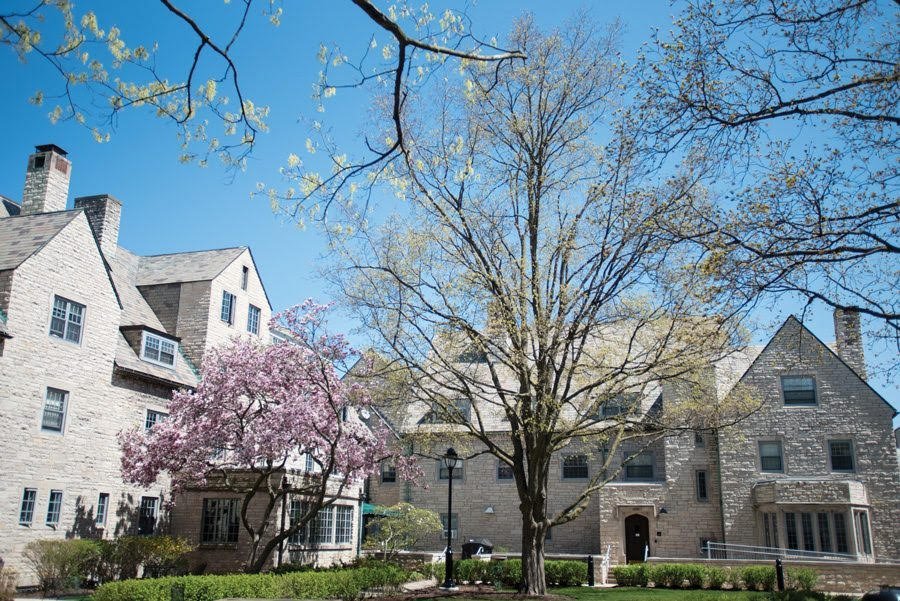 Northwestern’s sorority quad. April 28 marked the first time in at least three years in which PHA and IFC wouldn’t have any guaranteed representation in the Senate.

It marked the first time in at least three years in which PHA and IFC wouldn’t have any guaranteed representation in the Senate.

Only one senator, the Northwestern College Republicans representative, voted against the amendment, according to senators present. The amendment was authored by former PHA Senator Pamela Chen, and sponsored by then-ASG President Juan Zuniga and 13 other ASG members.

Chen, a former PHA senator whose term expired April 1, said she was grateful that the amendment passed with a lot of Senate support.

“(PHA and IFC are) not even really using the representation in the first place and so I don’t really see a problem with getting rid of it, at least temporarily,” Chen said.

As a result of the vote, IFC and PHA lost their current representation in the Senate. The two seats were reallocated to student groups.

The Greek life bodies are not barred from Senate representation — both organizations are eligible to apply for a seat through the regular student group application process.

IFC President Nick Papandreou said in an email to The Daily that in the upcoming year, IFC plans to follow the rules outlined in ASG’s amended constitution to maintain its seat.

PHA did not immediately respond to a request for comment. According to PHA Communication Chair Sooim Kang, any formal statements by the executive board must first be presented to delegates with a two-week period in between, in order to adhere to bylaws.

In February 2016, a senator proposed an amendment which included measures to equalize representation among all four Greek councils, with each retaining two. At the time, PHA and IFC each had five senators while the Multicultural Greek Council and National Pan-Hellenic Council were each allotted one.

The constitutional amendment failed in a 17-17 tie vote. However, changes in ASG’s Greek life seats continued.

In 2018, ASG passed another constitutional amendment which included the allotment of three seats each to PHA and IFC, and two seats each to NPHC and MGC.

The following year, ASG again heard a proposal to decrease Greek life seats — this time from 10 to 4, with one seat going to each organization.

“The Greek caucus for most of this year has been pretty much nearly non-existent,” then-Parliamentarian Elizabeth Sperti said in a May 2019 session. “The only consistent senator that has shown up has been the (Multicultural Greek Council) senator, and then towards the end of this year, a second MGC senator has been coming as well.”

According to the ASG Code, student government leadership may revoke seats after four unexcused absences, with exceptions. However, as seats were guaranteed, PHA and IFC were not subject to penalty.

“There’s no reason why Greek life should have four guaranteed seats in the Senate,” the Weinberg sophomore said. “They never come. They just don’t prove that they deserve to have a seat over any other student group.”

Even though ASG members took issue with low attendance rates of some Greek life representatives, some current senators said certain sorority and fraternity organizations symbolized an institution rooted in discrimination.

Rainbow Alliance Senator Jo Scaletty said she co-sponsored the bill because she supports the Abolish NU Greek Life movement at Northwestern. Even though she is against PHA and IFC as institutions, Scaletty said they do have the option to reapply to be a part of the Senate.

“I think it’s important to be aware of different systems that exist that continue to perpetuate harms against marginalized students,” the Communication sophomore said. “This doesn’t bar (PHA and IFC) from Senate, but it does deinstitutionalize the power that these harmful organizations have at Northwestern.”

At the time of the proposal of the constitutional amendment, Chen said she thought she was still PHA’s ASG senator. She said she later received a message from PHA leadership confirming that her tenure had expired weeks beforehand.

Though she thought she was a senator, Chen said it was important to enact the constitutional amendment — even if it meant eliminating her previous role from the Senate.

“It’s important to reform ASG and that starts with doing work, and basically writing legislation and being proactive about it,” Chen said. “I am against Greek life as an institution.”

— ASG seeks to centralize campus and local resources for students