The Daily Northwestern • May 10, 2021 • https://dailynorthwestern.com/2021/05/10/multimedia/audio/cats-corner-its-izzy-scanes-world-and-were-all-just-living-in-it/

Cats Corner: It’s Izzy Scane’s world and we’re all just living in it 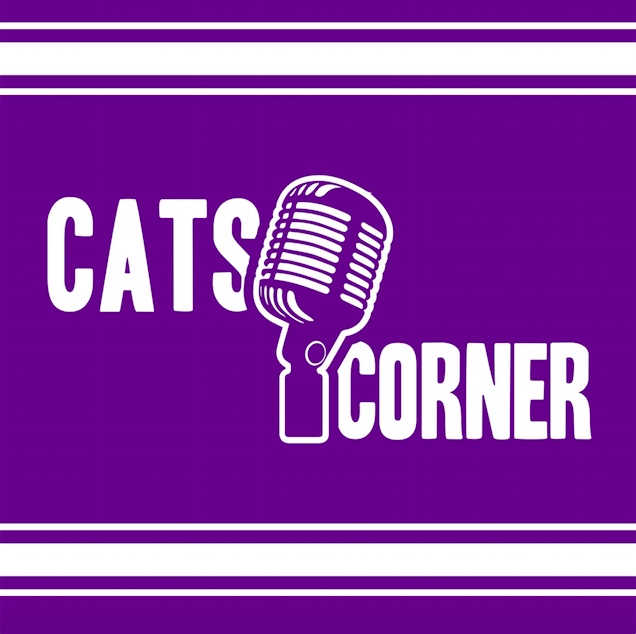 Northwestern lacrosse player Izzy Scane has had the season of a lifetime. We sat down with Izzy, her family and her coaches to learn more about the person behind the player and what her journey to Northwestern was like.

BIG TEN ANNOUNCER: Scane with a shot, she scores!

BIG TEN ANNOUNCER: Scane, Scane, there it is!

CHARLOTTE VARNES: Izzy Scane has had the season of a lifetime. As of 2021, she leads the country in points, overall goals and goals per game. She topped Northwestern’s single-game goal record, netting 10 against Rutgers on March 19. She is among 25 nominees for the Tewaaraton Award, an honor given to the top player in college lacrosse. And she has no intention of slowing down. Today, we’re speaking with Izzy, her coaches and her family to get an inside look at her journey to Northwestern and the person behind the player. From The Daily Northwestern, I’m Charlotte Varnes. This is Cats Corner, a podcast that gives you an inside look into Northwestern sports, both on the field and in the locker room. Izzy’s raw talent on the field might make you think lacrosse was the first and only sport she played. But that’s not the case. Izzy actually started out as a gymnast, competing on the state and regional levels. She spent 25 hours a week at the gym, practicing her skills. She switched to lacrosse in sixth grade, drawn to the team-oriented, fast-paced nature of the sport.

IZZY SCANE: You get so close to people that you’re on the team with and you not only want to win games for you, but for the people next to you.

CHARLOTTE VARNES: But Izzy’s teammates aren’t her only motivators. Her family also played a big role in shaping her early experiences with athletics. Izzy’s parents met at Grand Valley State University, where they were both student-athletes. Her mother, Patricia, was a cheerleader and ran indoor track, while her dad, Joe, was on the wrestling team. James, her oldest brother, is a graduate student lacrosse player at Robert Morris University. One of her younger brothers, Griffin, is committed to play lacrosse for the University of Pennsylvania. Her youngest brother, Cormac, is 13, so he’s too young for college sports — but he’s a lacrosse player, too. Izzy said her family’s competitive nature was central to her upbringing.

IZZY SCANE: It’s always just super fun to be around my family because we can always make some sort of competition or game out of things. I think growing up in an environment like that definitely helped me become the player and person I am, in terms of the passion I have for the sport and the kind of toughness I can bring because I grew up the way I did with boys.

CHARLOTTE VARNES: When Izzy first began playing, there weren’t any local girls’ lacrosse camps, so she attended boys’ camps with James. As they got older and their other siblings took up lacrosse, they began competing against each other in the backyard. James said the siblings’ physical, defensive play during those backyard practice sessions worked its way into Izzy’s game.

JAMES SCANE: She definitely had to hold her own in the backyard, but that wasn’t very difficult for her. She just got, I don’t want to say mean, but she got aggressive — she had to be aggressive, playing in the backyard with three brothers. She just took that into her game in the women’s game, and I think it’s been great.

CHARLOTTE VARNES: Izzy said she truly became passionate about lacrosse in eighth grade, realizing it was something she wanted in her life long-term. Her drive to succeed quickly set her apart from many other players in her age group. Greg Courter, her high school coach, arrived at Izzy’s high school, Cranbrook Kingswood, the same year Izzy joined the high school’s lacrosse team. He said he quickly recognized she was both athletically gifted and seriously driven.

GREG COURTER: What I soon discovered is that she was not only the most competitive kid I’d ever coached, she was the most competitive person I’d ever met. In all the sprints we did — and we did thousands over the years — I don’t recall she ever lost one. She just is a competitor and it brought a great energy level to our practices, even when she was a freshman and all the kids on the team were older. She just infused our practices with competitiveness and intensity and a real blue-collar mindset.

CHARLOTTE VARNES: Across the country, more and more people are getting into lacrosse, but it’s still most popular in East Coast hotbeds like Philadelphia, Baltimore and Long Island. Izzy said coming from a non-traditional area for the sport, like her home state of Michigan, encouraged her to work hard and play with confidence to improve as a player day in and day out.

IZZY SCANE: You have to push yourself to be as good as you can possibly be, not stooping down to anyone’s level and not giving into being satisfied by maybe being the best player in a small town in Michigan, but the best player in the country.

CHARLOTTE VARNES: From the moment she picked up a stick, Izzy knew she wanted to play for Northwestern.

IZZY SCANE: Right when I started playing lacrosse back in sixth grade, it was right in the height of Northwestern winning their seventh national championship, so that was kind of the dream team where little kids were like ‘oh, I’m gonna play for them someday.’ At that point, it just kind of was — it seemed like a far-fetched dream, saying that as someone who just started playing the sport from a non-traditional area, but that’s what I said and I worked my butt off and did as much as I could to just be confident and practice as much as I could.

CHARLOTTE VARNES: Prior to 2017, there were no limitations on when college lacrosse coaches could begin recruiting, meaning many athletes committed during their freshman or sophomore years of high school. So, soon after she started playing in sixth grade, Izzy began attending camps and tournaments all over the country to build on her skills and catch coaches’ attention. Even though she caught the eye of several schools, she always knew Northwestern was her top pick. Her parents, however, encouraged her to look at other schools to ensure she made the right decision.

PATRICIA SCANE: It was a matter of trying to convince her to entertain the idea of considering another school because, in her mind, since sixth grade, there was no other place besides Northwestern and her goal was, ‘I’m going to win a national title with Northwestern.’ That’s been her primary goal in life.

CHARLOTTE VARNES: Fast forward, and Izzy is still chasing that goal of a national championship at NU. The Cats look poised to make a run this year with a No. 2 national ranking and a perfect regular season for the first time since 2009. Izzy leads the team with 81 goals on the season and many avid lacrosse fans speculate that she’s the front-runner for the Tewaaraton. Izzy said just hearing her name in that conversation has been “a dream come true.”

IZZY SCANE: It’s crazy, because I just remember so specifically watching years of lacrosse and watching girls get awarded that award, and it always seemed so far-fetched just because it was like the top of the top, and I always looked up to and admired those players. It’s super, super crazy, but along with that, I’ve just tried to focus on staying humble and knowing the reason I’m in the position I’m in with those kind of awards just comes from my teammates and what we do every day in practice.

CHARLOTTE VARNES: Courter said one of Izzy’s best qualities as a player is how much she cares about her teammates. He said he’s enjoyed following her collegiate success, and especially loves hearing remarks from commentators and coach Kelly Amonte Hiller about her humility. Even as Izzy receives national attention and honors, Courter said she remains a very team-oriented player.

CHARLOTTE VARNES: While Izzy’s parents are certainly proud of her accomplishments on the field, they said they’ve enjoyed seeing how lacrosse has made her a better person off the field. Patricia said it’s been amazing seeing the ways Izzy has grown to enjoy life more.

PATRICIA SCANE: I’ve noticed that she comes home and just appreciates sitting on the couch for an hour, you know, and being with family, or she’ll send me sunset pictures when she’s down by Lake Michigan, and she’s just sitting down on a rock, watching the sunset. For me as a parent, when somebody is, you know, 20 years old and they can sit back and really seem to see the important things in life and slow down — I think lacrosse has done that for her.

CHARLOTTE VARNES: Joe agreed with Patricia’s sentiment, saying while Izzy has grown to become a strong player, she recognizes that the sport isn’t all that life has to offer.

JOE SCANE: She doesn’t let the game define her. She is a great lacrosse player, but she’s herself, and she doesn’t want it to define her, she wants to be who she is. I think I’ve learned from that. I think her mom and I both have, that, you know, it is a sport, and she’s really good at it, but at the end of the day, it’s — there’s having (a) great family and great friends and being a good person, that’s what it’s all about. Lacrosse has just really been a plus to everything she’s been doing.