The Daily Northwestern • May 10, 2021 • https://dailynorthwestern.com/2021/05/10/city/kemone-hendricks-and-local-businesses-prepare-for-first-in-person-juneteenth-parade/ 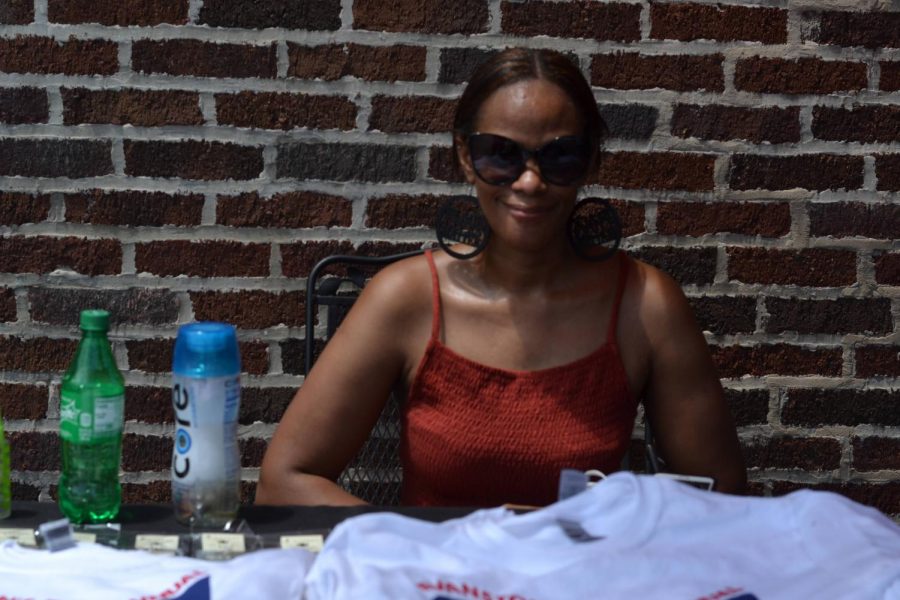 Organizer Kemone Hendricks is partnering with Evanston Black-owned businesses to host pop-up shops to raise money for the Juneteenth Parade.

Kemone Hendricks, founder of Evanston Present and Future is organizing Evanston’s first in-person Juneteenth Parade, which she said will bring the community together to celebrate “America’s real freedom day.”

Juneteenth commemorates the end of slavery, honoring the date federal troops arrived in Texas on June 19, 1865 and brought news of freedom to America’s remaining slaves. The Emancipation Proclamation had been issued over two years prior, but the order to free slaves wasn’t followed in parts of the deep South.

Evanston’s Juneteenth Parade activities will include speeches, dance performances by the 2021 Juneteenth Creative Dance Team and food trucks at Twiggs Park. The parade will start at the Levy Senior Center and end at the Lorraine H. Morton Civic Center.

Cheryl Judice and Jason Powell will be the Grand Marshals of the parade in honor of Hecky Powell’s efforts to bring Juneteenth to Evanston. Powell debuted the Juneteenth Strawberry soda at Hecky’s Barbecue in 2015 to honor his great grandfather who was born into slavery in Missouri.

Powell — a longtime Evanston resident who committed his life to bettering the community, supporting youth and running a beloved barbecue staple — died last May due to COVID-19 complications.

Hendricks said she thought it was “absolutely fitting” that Powell’s family will receive the title.

“I honestly don’t even foresee anyone else claiming the Grand Marshal of the Juneteenth parade,” she said.

Hendricks is currently collaborating with local Black-owned businesses to fundraise and raise awareness for the Juneteenth celebrations.

Gabrielle J. Walker, owner and founder of 4 Suns Fresh Juice, sold Black Lives Matter merchandise at a 4 Suns pop-up shop and gave proceeds to the Juneteenth Parade. From now until the end of June, customers can also ask to make any drink a “Juneteenth drink,” and 19 percent of the sale will go toward funding for the Juneteenth Parade.

Walker said she is committed to helping Black people and people of color through her business, and wants to pay it forward for those “doing the good work” to strengthen the community.

“I’m a Black woman, and I know the history of Juneteenth,” Walker said. “I just wanted to commit to doing one part to help (Hendricks) get the initiative pushed forward to help people learn more about this day.”

YoFresh Yogurt Cafe also hosted a pop-up shop in partnership with Hendricks, and is selling unique Juneteenth treats, including a strawberry float.

Evanston resident Pernilla Peterson took her son and his friends to YoFresh to buy Black Lives Matter merchandise, including masks, wristbands and earrings, and to enjoy frozen yogurt.

“It’s just really, really important for us White people to educate ourselves a little more, take a more active stance, and just be antiracist,” she said. “Make a point to go out and support. ”

C&W Market and Ice Cream Parlor will host a pop-up shop to fundraise for the parade on May 15. PALMHOUSE will also hold a fundraising event on May 22.

Hendricks hopes the parade will provide a space for all people to celebrate Juneteenth, supporting the Black community while addressing the systemic issues Black residents are currently facing.

“I’m really excited to see our Black youth, brown youth, (and) White youth really know what Juneteenth is and take this with them throughout their lives,” Hendricks said. “’I’m excited to really drive a message across to Black businesses and Black people in Evanston… that this is a hallmark holiday for the Black community to take on its shoulder.”

This article was updated with additional comments from Kemone Hendricks. The article also has been updated to reflect changes to the May 22 fundraising event.