The Daily Northwestern • May 10, 2021 • https://dailynorthwestern.com/2021/05/10/campus/karina-karbo-wright-leads-social-justice-education-within-asg/ 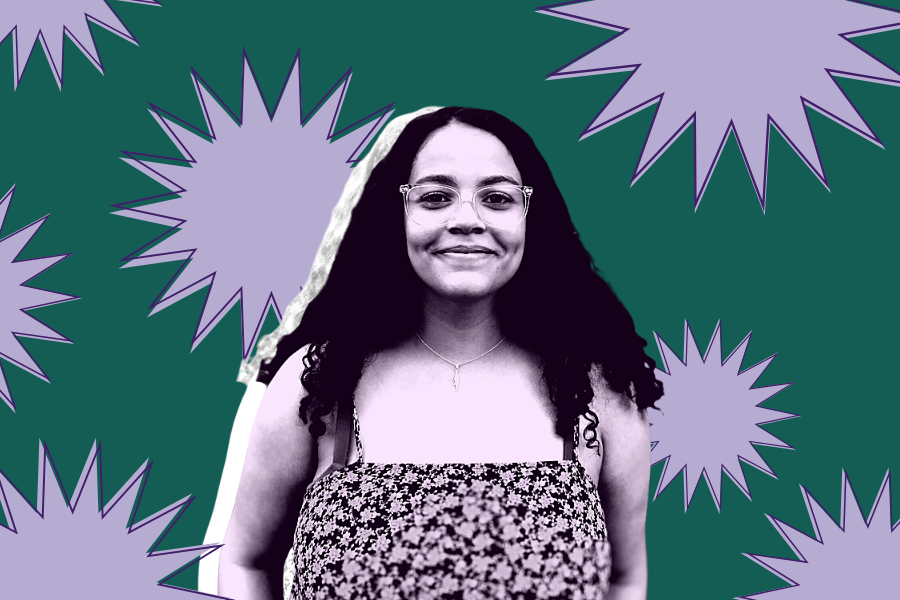 Weinberg junior Karina Karbo-Wright was initially hesitant to take on the Associated Student Government position of chair of social justice education and recruitment.

Karbo-Wright said she did not want to be ASG’s designated “cleaning lady” for internal issues of equity. However, after considering her experience and her ability, she changed her mind.

Her position was only created last summer under former ASG President Juan Zuniga. Zuniga said the role was intended to function separately from the Justice and Inclusion Committee.

Zuniga said he helped create the position to ensure the organization had conversations about social justice. ASG leadership chose to offer the chair to Karbo-Wright, who interns at Northwestern’s Social Justice Education, a program that works with students to facilitate conversations around social change on campus.

“(Karbo-Wright) has proven over the past year this ability to educate and listen and create a space where people want to talk about their own biases and how we can combat them internally in our group dynamic,” Zuniga said.

As a part of her role, Karbo-Wright co-organized two retreats for ASG’s executive board and workshops for each committee, under the direction of SJE Director Robert Brown. The two-day September retreat focused on creating safe spaces for dialogue and White supremacy culture. The one-day March retreat centered reflection on addressing ASG’s past harm and creating a more inclusive future.

In a November meeting, ASG members brought up racist incidents by former speaker of the Senate Matthew Wylie and former advisor Mark Witte. While both Witte and Wylie resigned, Karbo-Wright said their continued presence in ASG up until their resignation showed the inequitable experience of people with marginalized identities in the organization.

During the first retreat, Karbo-Wright said members expected to discuss solutions or concrete action items, rather than have a dialogue. But workshops, she said, are necessary before action, giving executive board members the space to reflect on ASG’s culture and complacency.

Karbo-Wright will continue to lead workshops, although she said they are a temporary solution. But as ASG works on restructuring, she said the workshops and retreats are important.

For Members Only Senator Jason Hegelmeyer, who has also worked with Karbo-Wright in SJE, said ASG needs “a facelift.” Since the organization is only beginning the process of restructuring, Karbo-Wright’s work has been essential to making ASG more equitable, he said.

“By leading workshops and having conversations and dialogue about the systems in place that make ASG so inhospitable, (Karbo-Wright is) really making it a space where Black and brown students can start feeling like they can be a part of (ASG),” Hegelmeyer said.