The Daily Northwestern • May 5, 2021 • https://dailynorthwestern.com/2021/05/05/campus/a-slap-in-the-face-faculty-criticize-appointment-of-mike-polisky-to-athletic-director-call-for-transparency-accountability/

‘A slap in the face’: Faculty criticize appointment of Mike Polisky to athletic director, call for transparency, accountability 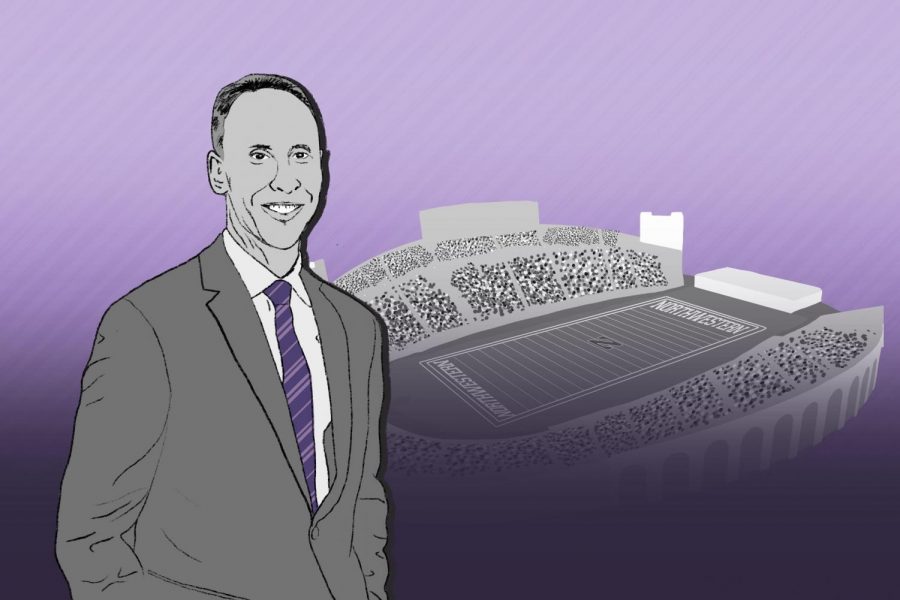 When Northwestern named Mike Polisky its next athletic director on Monday, some faculty members moved to organize.

Six professors co-signed a Wednesday open letter to Provost Kathleen Hagerty, calling on the University to increase transparency in the selection process.

“The hiring of Polisky… signals a troubling continuity in Athletic Department leadership that, while successful in some areas, failed the University and its students in significant ways,” the letter stated. “We are alarmed by this decision and, indeed, embarrassed on behalf of the university.”

Polisky was named a defendant in a federal lawsuit filed by a former cheerleader earlier this year. In the suit, Weinberg senior Hayden Richardson alleged that Polisky failed to appropriately address complaints filed about sexual harassment. Additionally, in an investigation from The Daily, multiple sources claimed that Polisky did not take allegations of anti-Black racism within the cheer team seriously.

In the letter, faculty call for a third-party investigation into whether Polisky sufficiently addressed the cheerleaders’ allegations. The signees are also hosting a protest against the appointment on Friday, which will end at University President Morton Schapiro’s house.

The University pledged to take steps toward equity and support after 80 women faculty wrote a February open letter calling on the University to prioritize systemic transparency and support for female athletes on campus.

Selecting Polisky for the athletic director position ran counter to the promises University administration made, signer and History Prof. Amy Stanley said. To many, she said it felt like a “slap in the face.”

“I can’t overstate the level of rage that I have been hearing from my fellow women faculty members,” Stanley told The Daily in an email. “It has been a difficult year for all of us, and this is just the latest indication that the University administration doesn’t care about our concerns.”

After months of deliberation, the search committee for the next athletic director recommended four candidates, including Polisky, who currently serves as deputy athletic director for external affairs. Senior Vice President for Business and Finance Craig Johnson chaired the committee, which also consisted of members of the Board of Trustees, current and former student athletes, coaches, faculty and staff.

NU will hold a press conference next week when University President Morton Schapiro returns from a trip, The Athletic reported. An athletic department spokesperson confirmed to The Daily that a formal introduction is expected next week.

History Prof. Kate Masur, another co-signer of the letter, said Polisky’s hiring was completely antithetical to the faculty’s calls for transparency.

This lack of clarity around the decision, combined with Polisky’s involvement in the handling of the cheerleading complaints, left many people disappointed in the hiring process as a whole, she said.

“When you have that opportunity and you don’t take it, it shows to me that moving forward on issues of diversity, equity and inclusion is not your highest priority,” Masur said.

In the lawsuit against Polisky, which was filed before the selection process began, Richardson said Polisky accused her of “fabricating evidence.” She also alleged that he prevented her from meeting with former Athletic Director Jim Phillips, who left his post in February to become the next Commissioner of the Athletic Coast Conference.

Prior to Polisky’s promotion, the University filed a motion against Richardson’s suit to dismiss “most of the complaint, including the individual defendants,” and denying that NU violated any law, including Title IX, University spokesman Jon Yates told The Daily.

Medill Prof. Melissa Isaacson said as a woman and longtime sports journalist in a field with limited female representation, she wanted NU to rise above the pattern of male leadership in collegiate sports administration. The University had the opportunity to lead the way for gender equity in sports leadership by choosing a woman as its athletic director, Isaacson said, but the Polisky hire did the exact opposite.

Isaacson further said the University’s decision — regardless of the legal rulings in the allegations against Polisky — reflects poorly on the NU community as a whole. The harm caused by Polisky’s appointment, she said, is going to linger.

“Those who made the decision are hoping that this just goes away,” Isaacson said. “I’m not so sure it will, and it shouldn’t. This could very easily trigger some national attention that would be very embarrassing to the University, and it was avoidable. It’s just really disappointing.”

Related Stories:
— Mike Polisky announced as Northwestern’s next athletic director
— NU files motion to dismiss harassment allegations within cheer team
— In Focus: After the firing of Northwestern’s cheerleading coach, questions remain about the handling of racial discrimination within the program