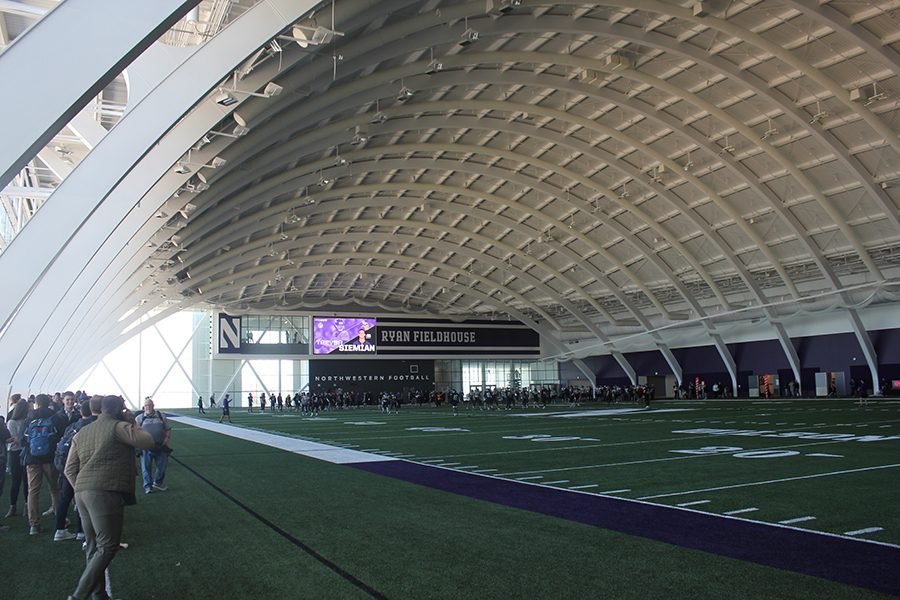 “After our search committee conducted a thorough nationwide search and identified a number of strong candidates, I appointed Mike Polisky to build on our unprecedented successes and to lead Northwestern Athletics and Recreation into a new era,” University President Morton Schapiro said in the release.

Polisky joined NU’s athletic department in 2010 under former Athletic Director Jim Phillips, who departed Evanston to become the Atlantic Coast Conference commissioner. While working in areas such as marketing and corporate sponsorship, he created the “Chicago’s Big Ten Team” marketing campaign and cultivated a partnership with the Chicago Cubs to host NU sporting events at Wrigley Field.

While at the University, Polisky has served as the sport administrator for squads such as women’s golf, men’s basketball and football, the latter of which has seen its season ticket base double over the past decade. The Chicagoland native also worked with Phillips to begin a partnership between the Cats and Under Armour — the official outfitter of the Cats’ athletic teams — which started in 2012.

“Over the last 11 years I’ve had the honor of working for the best and brightest student-athletes in college athletics, alongside the most impressive group of coaches and staff in the industry, at one of the most remarkable institutions of higher education in the world,” Polisky said in the release. “I’m grateful for the trust placed in me by President Schapiro, chair of the Board of Trustees Lanny Martin and the entire Northwestern family.”

Northwestern’s selection of Polisky was announced following the University’s completion of a review into a federal lawsuit filed by former cheerleader Hayden Richardson. The suit named Polisky, the University and three other individuals as defendants.

Richardson alleges NU did not properly handle complaints she and other cheerleaders raised around sexual harassment. In the lawsuit, Richardson said Polisky accused her of “fabricating evidence” and did not allow her to meet with Phillips.

Shannon Ryan of the Chicago Tribune reported that while “some on the search committee urged caution and some were against hiring Polisky” because of the lawsuit, others favored him because of his role in helping Phillips turn Northwestern’s athletic department into one of the best in the nation.

University spokesman Jon Yates told The Daily in an email that Northwestern filed a motion to dismiss “most of the complaint, including the individual defendants” and denies Northwestern violated any law, including Title IX.

“Mike’s deep understanding of Northwestern’s culture of hard work and excellence on behalf of our student-athletes stood out among a field of very talented candidates,” Craig Johnson, senior vice president for business and finance and chair of the AD search committee, said in the release. “We look forward to his leadership and the new heights he will take us to as a university.”

— Northwestern cheerleader sues University, alleges officials delayed investigation after she was groped and harassed by fans