The Daily Northwestern • May 2, 2021 • https://dailynorthwestern.com/2021/05/02/sports/nu-files-motion-to-dismiss-harassment-allegations-within-cheer-team/ 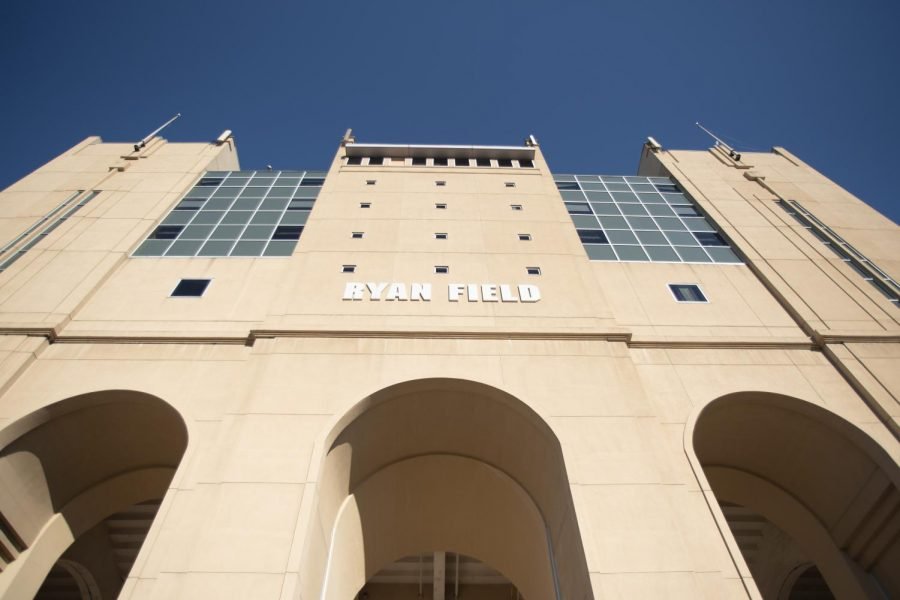 Ryan Field. In a lawsuit against the University, a Northwestern cheerleader alleged she was repeatedly groped by fans and alumni.

Northwestern filed a motion to dismiss sexual harassment allegations within the cheerleading program.

Former cheerleader Hayden Richardson filed a federal lawsuit in January claiming leadership condoned a “hostile environment” where she and other cheerleaders were subject to groping and harassment by older fans and alumni. The defendants listed included the University, Deputy Athletic Director Mike Polisky and three other University employees.

University spokesman Jon Yates told the Daily NU has filed a motion to dismiss “most of the complaint, including the individual defendants.”

“The university has reviewed the complaint and denies that Northwestern violated any law, including Title IX,” Yates said.

He added the University is “vigorously fighting the claims” and could not comment further because the litigation is pending.

According to the 58-page lawsuit, Polisky — who will become the University’s next athletic director — accused Richardson of “fabricating evidence” and did not allow her to meet with former Athletic Director Jim Phillips.

On Feb. 5, NU administrators wrote to community members that the University “must not tolerate any form of harassment or discrimination” and “must continue the vital work of ending it.”

More than 80 Northwestern women faculty also wrote a February letter in The Daily calling on the University to prioritize transparency and accountability.

Richardson said she first filed the harassment complaints with NU’s Title IX office in early 2019 and that the University took over a year to open an investigation.

Related Stories:
— Northwestern cheerleader sues University, alleges officials delayed investigation after she was groped and harassed by fans
— In Focus: After the firing of Northwestern’s cheerleading coach, questions remain about the handling of racial discrimination within the program
—  Q&A: Cheerleaders speak out about confusion, lack of communication amid tumultuous Big Ten restart