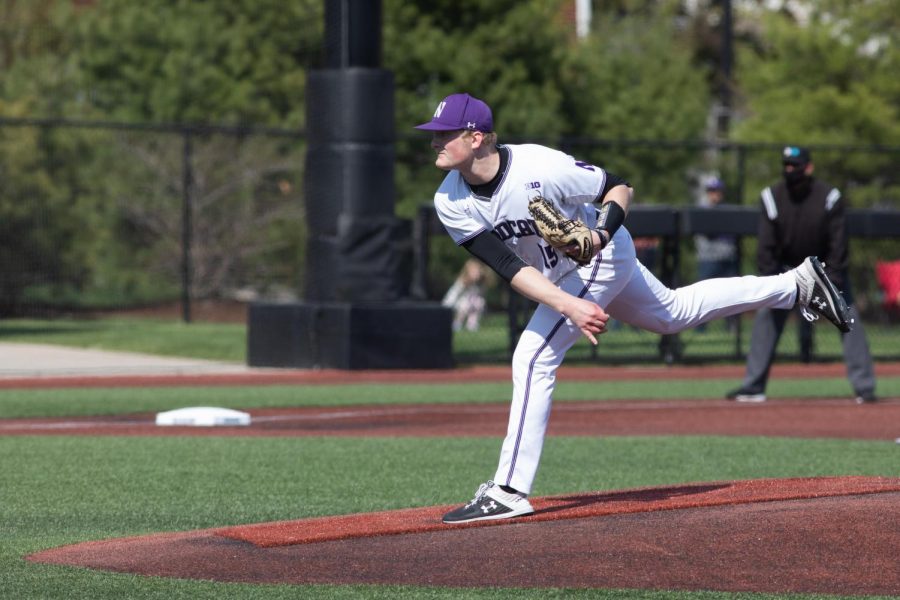 Junior pitcher Mike Doherty throws the ball. The Wildcats will not return to the field this weekend due to health and safety concerns within their program.

Northwestern is pausing all team activities and postponing weekend games against Illinois and Michigan over health and safety concerns within its program.

The Wildcats announced the decision on Friday just hours before their first game against  Michigan at Rocky and Berenice Miller Park. The Wolverines (19-9, 19-9 Big Ten) and Fighting Illini (13-14,13-14 Big Ten) will now face each other in double-headers on Saturday and Sunday in Evanston. NU (12-16, 12-16 Big Ten) will work with the two programs and the Big Ten to determine when to reschedule the games.

The postponement only creates more difficulties for NU, who has struggled to defeat Big Ten opponents as of late. The team is on a five-game losing streak and has only won three out of its 14 games in April. This comes after a hot start to the season in March, when the Cats defeated all four Big Ten teams they played at least once.

The team is led by junior infielder Shawn Goosenberg, who has a .358 batting average and 43 hits — including 11 home runs — this season. He’s supported by junior first baseman Anthony Calarco and freshman second baseman Vincent Bianchina, who both have recorded more than 30 hits and multiple home runs this year.

Baseball is only the second NU program to experience a pause on team activities issues following volleyball’s pause in February. At the moment, it is unclear when the pause will be lifted. The team’s next scheduled series is set for May 7 through 9 against Purdue in West Lafayette, Ind.

— Baseball: NU travels to Iowa for four-game series against Hawkeyes and Terrapins

— Volleyball: Northwestern team activities postponed due to COVID concerns within the program