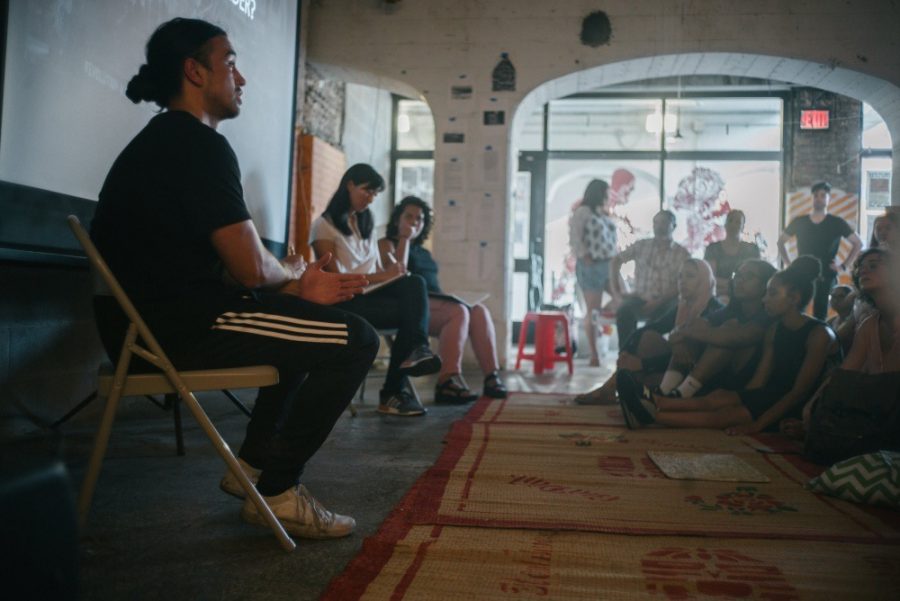 The teach-in, titled “Our Struggles are Intersectional,” was co-hosted by Northwestern’s Council for Race and Ethnic Studies and hosted by Axis Lab, an organization that advocates for immigrant and refugee rights. Along with Juntilla, activists Bettina Johnson, Vivien Tsou and Byul Yoon discussed U.S. militarism, imperialism and police violence.

Yoon co-founded Dissenters, a grassroots organization focused on divesting from war and militarism by mobilizing youth.

“To me, ‘Our struggles are intersectional’ means understanding that it’s the same systems of harm terrorizing us across the world,” Yoon said.

The panelists came up with the event theme during a discussion following the Atlanta spa shootings in March, host and visiting Asian American Studies Prof. Patricia Nguyen said. She opened the event by asking attendees to think about what the theme meant to them.

Yoon spoke about the United States military’s interventions in Korea and its expansive budget, which surpasses the next 10 countries’ military budgets combined. The U.S. presence in Korea is blocking attempts at reunification, she said.

“War and militarism aren’t the only forms of violence,” she said. “Exploiting resources while people are houseless is also violence.”

Johnson, who currently works with Liberation Library to provide books to youth in prison, has engaged in organizing around the abolition of the prison-industrial complex since she was a student.

Abolition is necessary to prevent state violence, Johnson said, because otherwise, the state’s monopoly on force and coercion would go unchecked.

“The United States is a settler colonial state built on genocide and slavery of Indigenous people and of Africans,” Johnson said. “Anti-Blackness is truly the core of the foundation of this country including its institutions.”

These institutions need to be uprooted and abolished, Johnson said, and cannot be reformed.

Tsou, the national field director for the National Asian Pacific American Women’s Forum, discussed access to health care and housing. Sometimes immigrants find fewer public benefits in the U.S. than in the countries they left behind, she said.

“In the United States you have to work to the bone to even just live and that’s ridiculous,” Tsou said. “Our country clearly has very little provided to us in terms of social security and safety nets.”

The panelists all addressed the importance of abolition work and how military and imperial violence intersect with police violence.

“Ultimately, the military industrial complex, the empire, the prison industrial complex, all of it is so massive and that can feel really overwhelming. But at the same time, we can see that as nearly infinite doors for us to walk into,” Yoon said. “When we rise up together across this massive system, together we can overthrow it.”