Men’s Tennis: Northwestern to face Nebraska for the third time this season in the Big Ten Tournament 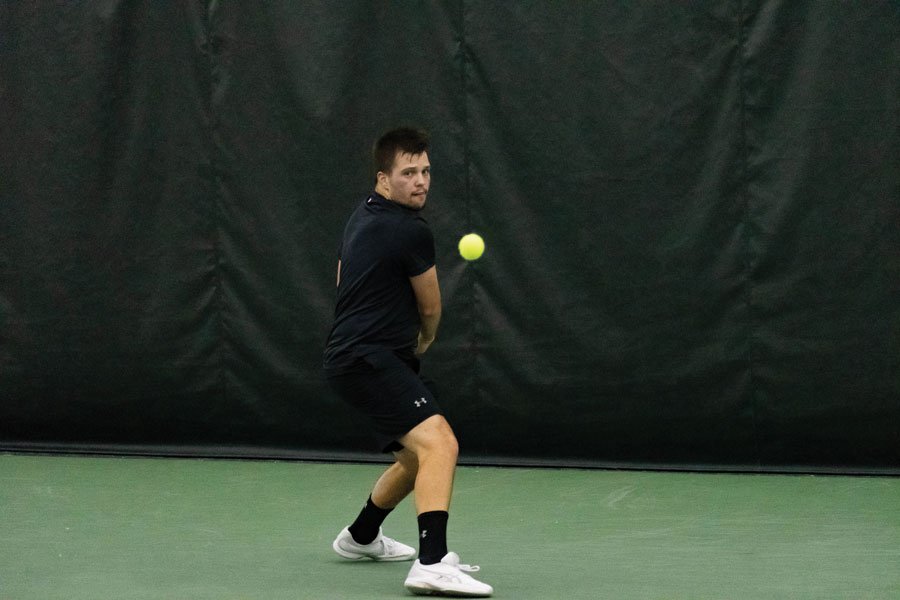 After a weeklong hiatus and a first-round bye, the Wildcats (12-6, 11-5 Big Ten) will face Nebraska, the tournament host, in Lincoln, Neb. The Cornhuskers (2-15, 1-15 Big Ten) claimed a 4-2 victory over Penn State Thursday to earn a spot in Friday’s showdown.

“It’s going to be a challenge, having to play on their courts and playing in front of that crowd,” coach Arvid Swan said. “But the guys are really excited for that opportunity and the opportunity to play in the postseason.”

The Cats defeated Nebraska twice this season by a combined score of 8-1. This weekend is the first time NU will square off against an opponent three times in a season since 2016, when the Cats went 1-2 against Illinois.

“I have a lot of respect for Nebraska as a team and their coaching staff,” Swan said. “We know those guys, they know us.”

Swan said playing in Lincoln will be a challenge within itself due to the abnormal conditions. While this match is forecasted to be warmer than the first two, the Cats will face ever-changing winds and the Cornhuskers’ infamously slow courts.

“It’s never easy to play in those conditions,” graduate student Dominik Stary said. “It is always important to embrace those conditions and play with a lot of enthusiasm and grit.”

If NU takes down Nebraska, they will likely battle Ohio State (18-2, 15-1 Big Ten), the top seed in the East Division, for a spot in the championship match. The Cats fell 4-0 to the Buckeyes in their season opener on Feb. 19.

“In the Big Ten, each match is a battle,” Swan said. “We’re just focused on trying to get ready.”

Junior Steven Forman made the All-Big Ten Second Team despite missing half the season with a wrist injury.

Stary was named to the All-Big Ten First Team, the fourth consecutive time he has earned an all-conference accolade. Since March, Stary and doubles partner graduate student Chris Ephron have been flawless. The dynamic duo won their last ten matches as a pair, needing only two tiebreakers.

“In the second half of the season, I felt like I’ve started being more consistent in my performances,” Stary said. “I haven’t had too many ups (or) too many downs, it’s helped to have a steady level I could be satisfied with.”