Lacrosse: No. 2 Northwestern to face No. 16 Rutgers in Big Ten Semifinals 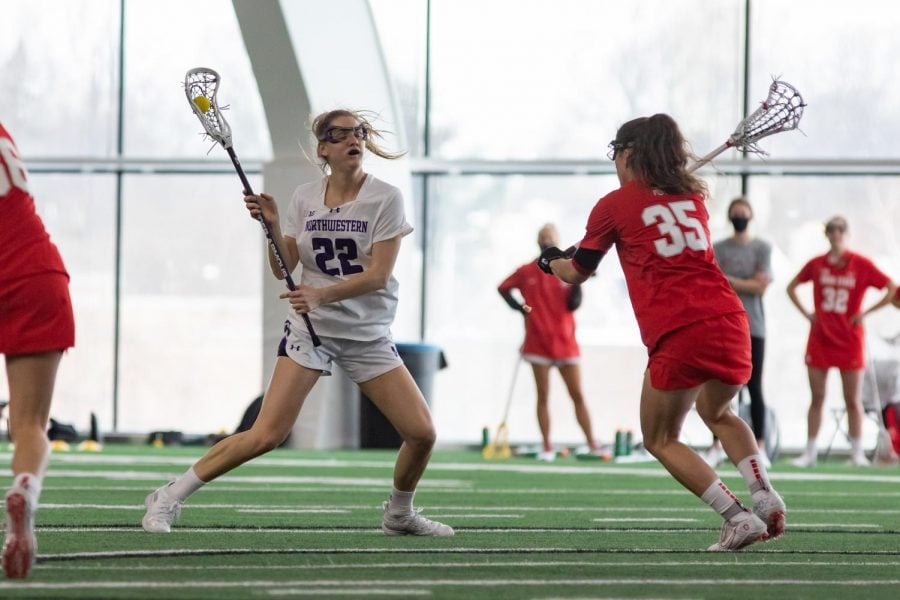 No. 2 Northwestern will square off against No. 16 Rutgers Friday in State College, Pa. in the Big Ten Tournament Semifinals.

The Wildcats (11-0, 11-0 Big Ten) finished the regular season undefeated, securing a first round bye at Panzer Stadium and the first-place seed in the tournament. After sweeping the Scarlet Knights 2-0 in Piscataway, N.J., the Cats look to secure another win over the team, which is ranked fourth in the tournament, to clinch a spot in the conference championship Sunday.

“Our goal was to make it to the regular season undefeated and we did it in a dominant fashion,” coach Kelly Amonte Hiller said.

With an offense that averages a nation-leading 20.64 goals per game, NU looks to build on their regular season success during the tournament. That means adding a second Big Ten Championship title to their collection and securing an automatic qualifier spot in the NCAA Division I Women’s Lacrosse Tournament.

The Cats won the Big Ten Championship at Homewood Field over their conference rival Maryland back in 2019 for the first time in program history. Since then, the team has established itself as one of the best in Division I Women’s Lacrosse, with a ranking of second nationally and four players named Tewaaraton nominees.

Junior attacker Izzy Scane, one of the Tewaaraton nominees, leads the offensive charge with 70 goals on the season. In the regular season battles against Rutgers, she racked up 15 goals alone.

“We’ve been busting our butts to be successful and being able to work hard,” Scane said. “We hope to keep winning games and having fun while doing it.”

She attributed her success on the field to staying focused on the “little things” and working with her teammates on the field. Scane scored six goals and had one assist in the final regular season Senior Day Game against Michigan on April 18.

NU is working to improve day by day to add to their regular season dominance. Scane said the team is focused on improving their transition game from the circle into the offensive side of the field in the postseason.

Amonte Hiller agreed with this sentiment, saying the team looks to get better and play faster in each game. She felt their regular season slate has been “wiped clean” as they head into the tournament, shifting into a win-to-advance mentality.

Currently in her twentieth season leading the program, Amonte Hiller said this year’s team has amazing leadership. With the team sidelined from the tournament last year due to COVID-19, she said many players want to compete at their best.

Mueller, a transfer student from the University of Virginia, has contributed to NU’s offensive dominance. She finished the regular season with 27 goals and 14 assists, placing her fourth on the Cat’s extensive scoring resume.

With a 12-day hiatus from their last game at Martin Stadium, Mueller said the team will continue to improve through extensive film study as well as practicing.

“Every game has an opportunity to learn from,” Mueller said after the win over Michigan. “We’re going to watch film to get better at the areas we need to improve on.”

— Lacrosse: No. 2 Northwestern heads into postseason undefeated for the first time since 2009

— Lacrosse: NU to face Michigan for the first time in 2021 in regular season finale