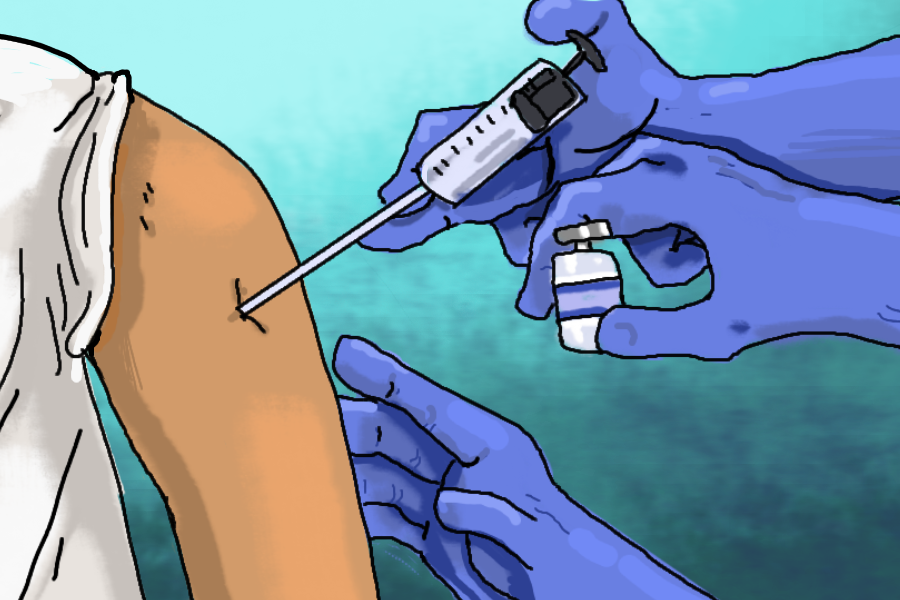 Northwestern hasn’t officially said if students will be required to get vaccinated to return to campus in the fall, and there is a growing concern from some students about the lack of clarity.

Northwestern has yet to officially announce if students will be required to receive the COVID-19 vaccine before returning to campus in the fall, and some students are questioning why.

At an April 8 Conversation with the President and University Leadership, University President Morton Schapiro, Provost Kathleen Hagerty, Vice President for Operations Luke Figora and senior administrators said NU plans on having in-person instruction in the fall.

“Everything is subject to the constraints of public health and safety,” Hagerty said. “We have to see how the world evolves.”

Some students said this uncertainty adds to growing concerns about the lack of clarity as Spring Quarter passes its halfway point.

McCormick sophomore Michael Vega said the University should make their intentions about requiring vaccines clear to community members as soon as possible.

“Making it publicly known that the University is requiring vaccines makes it more of an urgent thing to get that done ahead of time,” he said.

University officials said the vaccine mandate may be contingent on Illinois’s vaccine rollout strategy. However, Illinois institutions like Columbia College Chicago and DePaul University announced that they will require student vaccination for Fall 2021.

Out-of-state schools like Columbia University and Rutgers University, as well as the University of California and the California State University systems announced vaccine mandates in the last few weeks.

McCormick sophomore Marco Contreras said he feels like students have generally been open to getting the vaccine thus far, and feels like many students have gone out of their way to get vaccinated and adhere to COVID-19 guidelines on campus.

Contreras added that the University not requiring vaccines for fall is confusing because there are currently strict COVID-19 guidelines in place on campus for testing and social distancing. The most obvious mitigation tactic seems to be requiring vaccines for the upcoming school year, Contreras said, so it doesn’t make sense why this has not been mandated.

“Personally, (NU not requiring vaccines) is frustrating because I don’t think anyone really enjoys these restrictions on campus,” he said.

Weinberg junior Jacob Brown is on the executive board of Wildside, the official student section of NU Athletics, and said he hopes to have a final opportunity next fall to watch a season of football in-person while a student.

Brown said he misses attending NU sporting events and feels like vaccines can facilitate a return to these social and community-oriented spaces.

“We’re never going to be able to have a packed stadium or something like that until people are vaccinated and we can get over the threshold,” he said.

Contreras is also on the executive board of Wildside and said he’s excited to bring in-person programming back to students.

After a year on Zoom and a campus turned upside down by COVID-19, Contreras said he’s ready for vaccines to facilitate a return to normalcy and he hopes the University will eventually announce that they’re requiring vaccines for the fall.