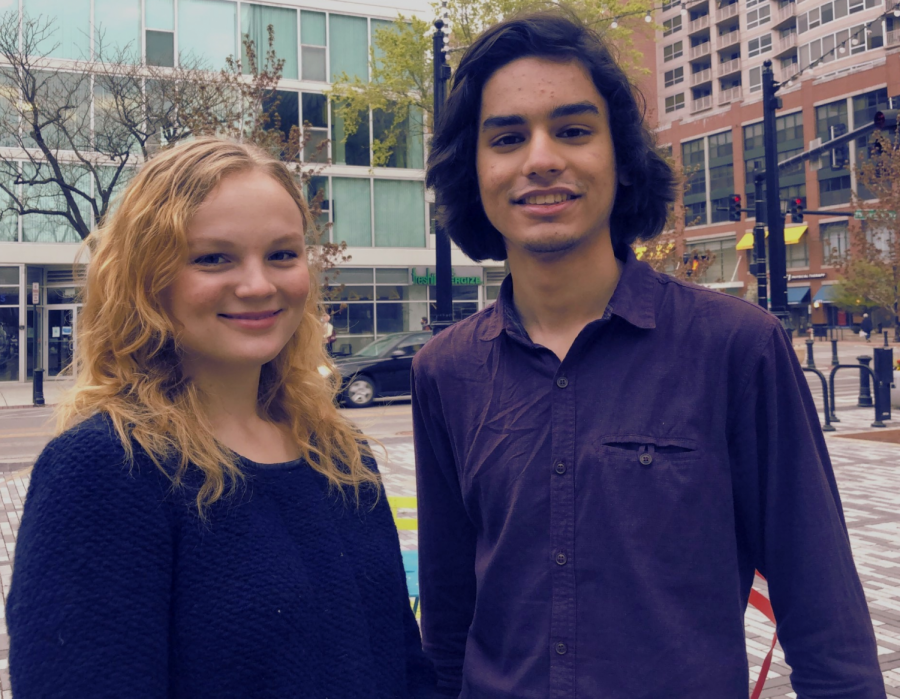 Associated Student Government presidential slate Sahibzada Mayed and McKenna Troy have never been in Northwestern’s student government, but they hope to use their outsider perspectives as an advantage to their leadership.

“What is the best way for students to advocate their concerns to administration?” Mayed said. “I feel like that’s where we have ASG. But ASG, in my opinion, has not been able to do that in the past.”

However, Mayed and Troy’s paths crossed when they met this quarter in Design 395: Visionary Design: What will it Look Like?, where students are tasked with combining methods of art and engineering to come up with world solutions.

Mayed is a math teaching assistant and an academic coach for NU Academy Evanston and Troy directed the Northwestern Undergraduate Opera last fall. But the two share a commonality — both founded startups in The Garage.

They share backgrounds in community-based design — designing solutions through actively working with people. Troy said this gives the pair experience to incorporate constituent input into platforms.

“Our entire approach to making policy is going to be firmly rooted in community-based design, which means solving problems comes directly from the people who the problems are affecting,” Troy said.

McCormick sophomore Jazmyn Lu said in an email to The Daily that Mayed is passionate about human-centered design.

Mayed and Lu co-founded a design startup, Design & Elevate, which connects students passionate about design to community partners in need of designers. Mayed shows he is concerned with ethical and inclusive design methods, she said.

“Because he is an engineer and has that engineering training, he is able to approach problems with solutions that have the actual people in mind,” Lu said. “I think when it comes to ASG, fresh blood, passion, perseverance and this human-centered design thinking make him a great out-of-the-box candidate.”

Mayed and Troy said they support NU Community Not Cops’  calls for police abolition and they want to establish an alternative system. In a new system, Mayed said he does not think the police should handle mental health cases. The Depart of Safety and Security’s role in mental health cases is already being considered.

Troy said she envisions ASG’s executive members acting as a “bridge” between the NUCNC, administrators and the rest of the student body in creating a new system.

“(With) the history of how (University Police) has operated and the harm that they’ve done to our marginalized communities, it does not make sense for us to continue (with UP),” Mayed said.

The slate also seeks to change the way the University handles sexual assault cases, because Troy said they believe NU does not take enough disciplinary action. The candidates said they want to target the administration and the investigation process.

Specifically, they said they hope to work with the board in charge of making disciplinary decisions and change the investigation so survivors do not have to repeat their stories multiple times.

Mayed and Troy added that they want to advocate for more resources for non-binary and transgender students. They cited problems such as most buildings lacking gender neutral bathrooms and forms that do not allow gender-affirming names or genders.

Mayed said they hope to redefine Counseling and Psychological Services and Northwestern University Health Service, both of which he had a bad experience with. According to Mayed, there are long wait times and students feel like their needs are not being met. While ASG has a mental health committee, he said he never knew it existed.

“Why we want to run is really because we’ve been through these things,” he said. “We’ve seen these (things) happen to friends of friends and there’s no student representation. ASG feels very disconnected from students.”