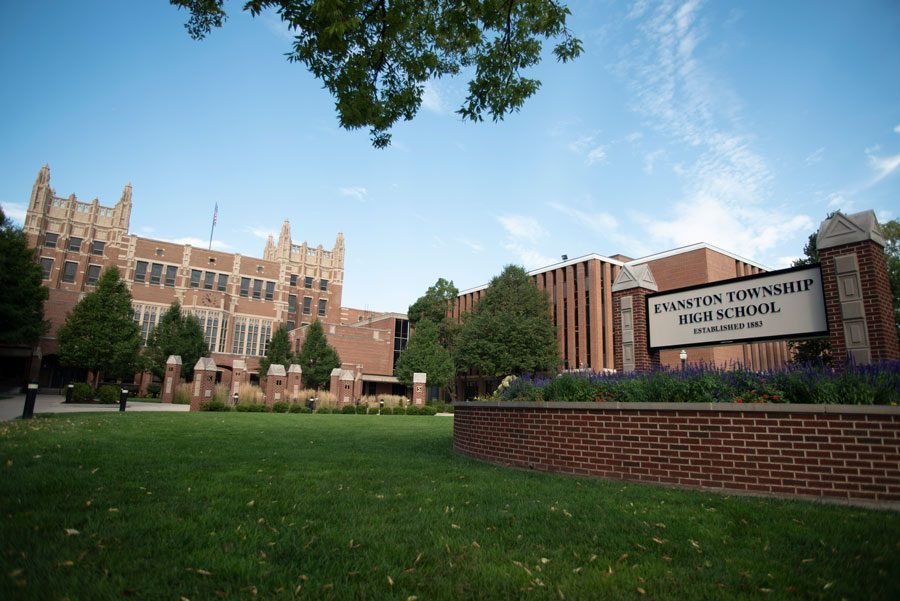 After more than a year of online classes, Evanston Township High School senior Chloe Haack said she wanted to spend at least some time in the building before her high school career ended. But she said that her first day back at ETHS definitely didn’t feel like things were back to normal.

Haack was one of the 1,720 students who opted into ETHS’s optional hybrid instruction, which started last week. In this model, students attend one in-person session for each of their classes every other week. About 2,000 students have continued to learn remote-only.

Haack said there was only one other student in the room in both classes she’s attended in-person. Though she sits in front of her teacher, she logs into a Zoom meeting most of her classmates access remotely, she said, which means her teachers tailor instruction to the virtual classroom.

“It’s good that they’ve made both experiences very consistent, because you don’t want to have the kids at home lack that in-person experience when they didn’t opt in,” she said. “But I do feel like I opted in for a reason, and I don’t think that it’s that different (from only learning remotely).”

Like Haack, ETHS senior Sophia Osilaja wanted to return for her final year of high school, but she said the number of people attending in person varies depending on the class.

Sometimes, she’s the only student in the classroom, she said.

“When there’s more people in the class, my teachers try to engage both sides — the online and the in-person,” she said. “When it’s just me in the class, I’m just kind of in there, listening while they teach to the Zoom.”

Osilaja said she likes getting to leave her house to be in a different environment, but said it still feels weird. She likes the social aspect of school, she said, which is more difficult in a hybrid model — in part because students’ schedules don’t necessarily match up with their friends’.

ETHS divided students into four cohorts, with in-person days consisting of morning and afternoon cohorts. Students attend in-person every other week, with cohorts A and B switching off with cohorts C and D.

Junior Damascus Wheeler opted out of hybrid learning in part because the in-person classroom would look so different from a normal school year.

Wheeler said he took some time to weigh the pros and cons of hybrid instruction and talked with his friends to gage who was planning to return. Wheeler, who is Black, said he noticed that most of his Black friends opted out, while most of his White friends opted in.

Wheeler said he’s noticed students seem to have similar experiences whether they attended online or in-person. But he also said he sees some benefits to in-person instruction.

“They probably have the advantage because they get to be in front of the teacher, so they have a reason to stay focused,” he said. “You can (drift off) sometimes when you’re at home, and a lecture is going on.”

Wheeler said he hopes the next year will be in-person. He said that it’s easier to be motivated when he’s seeing his teachers and fellow classmates face-to-face.

“That environment or just being in the hallways and just walking around — it’s very uplifting and it really helps a lot,” he said. “Going through the day and having to deal with your classes and the workload, I feel like that makes it easier.”

While Wheeler looks to the future of his final year of high school, Haack is reflecting on the end of her own.

By the time she graduates, Haack said she’ll only have been in the ETHS building for a total of 12 days during her senior year. While she said she’s feeling a little disappointed, she also felt like COVID-19 made her grow up faster. Now, she’s looking forward to what comes next.

“I definitely feel ready, like I feel like I’ve done everything I can at ETHS and now it’s my time to move on,” she said. “(On) my last day, I’ll definitely feel how bittersweet it really is.”