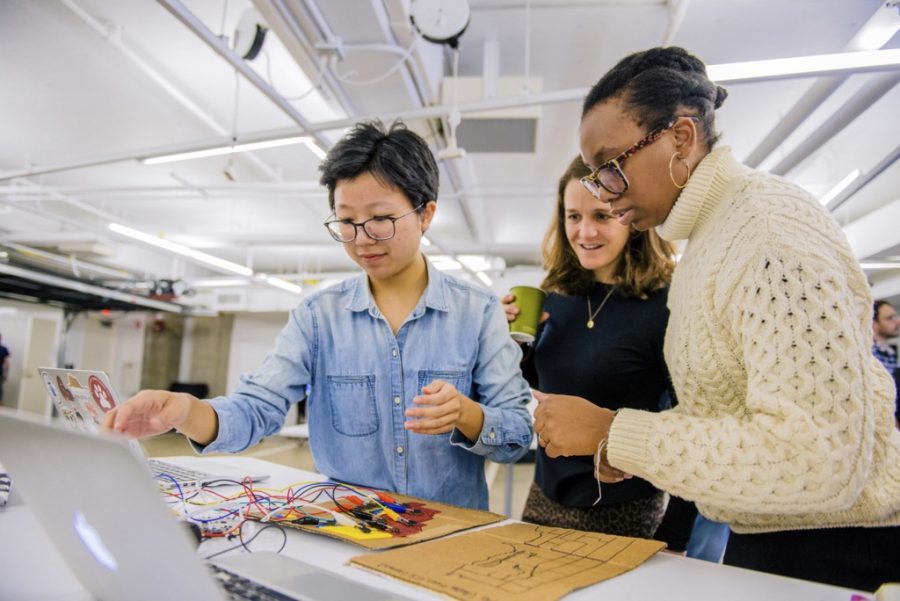 When McCormick Prof. Marcelo Worsley started teaching “Inclusive Making” in 2017, he wanted to increase technology access to the disability community.

LRN SCI 309 educates students on the historical exclusivity of creative design spaces and challenges them to construct final projects that facilitate greater access. Worsley said his past interactions with maker communities that excluded people with disabilities inspired him to create the course.

The class incorporates perspectives of disabled individuals into the curriculum through guest speakers and conversations with members of local organizations.

When Mez Perez (McCormick ‘19) walked into the class in 2017, she said she was skeptical of whether the instruction would actually focus on disabled product users instead of designers.

But after a quarter of applying a critical disability studies lens to design, she said she has reconsidered how society frames accessibility. She said she realized society typically places blame on disabled people rather than acknowledging the inaccessibility present in certain spaces.

“This class totally blew me away,” Perez said. “It’s like a real partnership and it takes down some of those binaries of who has knowledge about what.”

After Perez took the class, she joined Worsley’s lab to work on a project that helped kids learn about making. Perez then went on to pursue postgraduate studies in computer science education, an interest she solidified after enjoying the class and working alongside Worsley.

But this year, because of the pandemic, the class looked a little different. Students were unable to meet in-person, and Meg Butler (SESP ‘21) said the distance made students feel uneasy to assert themselves in disablity spaces for the purpose of completing an assignment.

Butler, who is disabled, said although there were times when she identified ableism during the course, she was glad that Worsley and the teaching assistant encouraged her to speak up on her own terms.

Mmachi Obiorah (McCormick ‘15, ‘20) said she appreciated that the hands-on nature of the class enabled students to work in groups and try new things. Her final project, she said, was a tactile version of block-based programming intended for children with visual impairments.

“We created physical blocks, and each block had a meaning so when you touch it, you understand that this is the block that carries out a particular function,” Obiorah said.

The report found that engaging with stakeholders in later iterations of the curriculum helped students better understand their needs and design products accordingly.

Worsley said he is working on several other projects that tie into inclusive making, such as designing a multimodal interface for Minecraft. He plans to work with Park School in Evanston to introduce more maker technology to students with disabilities.

The University, Worsley said, also has significant work to do to support students with disabilities. He suggested initiatives such as the redesign of physical spaces on campus, more comprehensive training for faculty and an internal audit of NU policies.

“What can we, as an institution, do better to make sure that we are welcoming to everyone?” Worsley said. “And not just welcoming, that we’re really celebrating the various identities, the various facets of people’s identities that they have.”