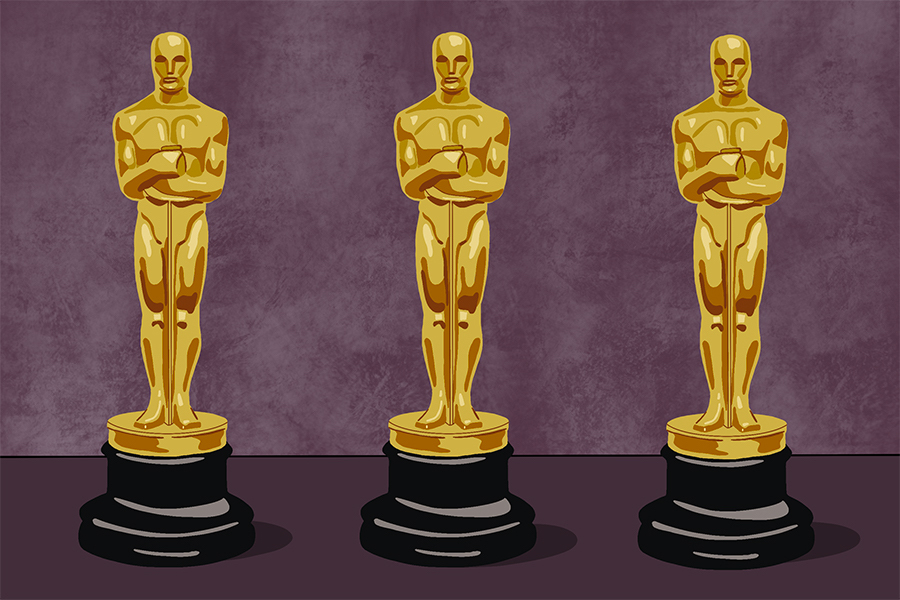 Trial of the Chicago 7

“The Trial of the Chicago 7” follows a group of seven anti-Vietnam War protesters charged with crossing state lines and inciting violence at the 1968 Democratic National Convention. Even though the movie was filmed in 2019, the subject matter seems to resonate with a 2020 audience. The film touches on the state’s censorship of abolitionist and anti-war sentiments, with scenes depicting violence that eerily resembles police escalation at protests across the country from last summer. But “Chicago 7” bothered me because of its distinct focus on Whiteness. For a movie about 1960’s radicalism, its most prominent Black characters were sidelined and underemployed. While the story is based on the real-life tale of the Chicago Seven, all of whom were White men, I found myself drawn to the subplots following Bobby Seale, Fred Hampton and the Black Panther Party. Yahya Abdul-Mateen II, who plays political activist and Black Panther Party founder Seale, only had a bit over 15 minutes of screen time, and I think he stole the show. But hey — maybe that’s why I preferred “Judas and the Black Messiah” over this one.

Much of the way “The Trial of the Chicago 7” was written reminded me of “The West Wing” — and that isn’t a compliment. The American idealism of the film recycles tropes and word-for-word phrases from the director’s 20-year-old television show, which made me question whether choosing Aaron Sorkin and his notorious neoliberalism to write and direct “The Trial of the Chicago 7” was the best move. After a year of racial reckoning in this country, I was hoping to see Sorkin’s take on the trial attempt to confront police violence and the prison-industrial complex, but that nuance was lost. Make no mistake: This is just another Aaron Sorkin production downplaying radical politics and centering that radicalism almost exclusively around White savior complexes.

Emerald Fennell’s “Promising Young Woman” tells the story of Cassie, a woman who has halted her life since experiencing the traumatic death of her best friend Nina in medical school. Played by Carey Mulligan, Cassie frequents clubs, where she pretends to be blackout drunk,with the hopes a man will make a move on her.. When the man reaches the point of near assault, she suddenly rejuvenates, revealing her sobriety, and threatens him with a possible report. However, when Cassie meets medical school peer Ryan, played by Bo Burnham, her opinion on men starts to change, and she begins a crusade to bring down every person who was involved in the rape and death of her best friend, Nina.

The movie explores every facet of rape allegations, as Cassie goes after administrators, bystanders and ultimately the lawyer who got the rapist off free. She attempts to restore justice in her own twisted ways, leading to a mental breakdown. While the movie can be graphic at times, it deals with the heavy and painful topic of rape culture in an extremely honest and accurate light. The title itself conveys the expectation society has for “promising women” to be successful, despite the traumatic ordeals they experience. Perhaps the most controversial aspect of the film is the ending, since it veers into a direction that is completely unexpected and extraordinarily jarring. While some may argue the ending was unsatisfactory, it capsulated the ending Cassie was looking for: justice.

The 2020 film “Minari” tells a down-to-earth story that chronicles the struggles of a Korean-American family as they acclimate to life in 1980s Arkansas. What “Minari” may lack in the intergalactic stakes of Hollywood’s typical fare, it more than compensates for in character depth and technical beauty. This richness comes across most clearly through the film’s exploration of perspective, with each character’s view pitted against the others but also coexisting in a wonderful, tangled web.

Family patriarch Jacob Yi, played by Best Actor in a Leading Role hopeful Steven Yeun, provides the narrative thrust of the film — he moves his family to Arkansas with aspirations of striking it rich farming. Optimistic to a fault, he wants to prove to his wife and young children he can escape his life as a chicken sexer and achieve the American dream. The cinematography’s focus on the gently swaying Arkansas grass and sunset vistas make Jacob’s vision seem valiant.

Jacob’s wife Monica is the pragmatist, one who fails to see how another reckless investment in a dream can improve their lives. While Jacob pursues his dream, she keeps her feet on the ground and sees the side of Arkansas life that is not so welcoming. When Monica’s elderly mother Soonja, played by Best Actress in a Supporting Role nominee Youn Yuh-Jung arrives, she adds a third element to the mix: vulnerability. These three well-defined perspectives paint the film in master strokes, instilling tension characteristic of A24 films and crafting a genuinely touching narrative.

There’s one more perspective that separates “Minari” from the pack: child actor Alan S. Kim as David. Kim’s performance hits every emotional beat and mixes all three perspectives — wonder, fear and the preciousness of life — from the lens of a child. “Minari” understands what it means to live and offers that experience center stage.

“Nomadland” has dominated this awards season, and it’s not hard to understand why. The film is absolutely breathtaking, intimately capturing the lifestyles of modern-day nomads across America’s great outdoors. “Nomadland” centers on Fern, played by Frances McDormand, a woman whose husband has died and hometown has shut down due to an economic collapse. Fern lives out of her van, working temporary jobs as she bounces from place to place. Along the way, she meets other nomads and grapples with loss, self-fulfillment, and even the temptation to settle down.

Director and writer Chloé Zhao leaves no character undeveloped, even casting true nomads as themselves. But with a chance to display the harsh realities of America’s gig economy, the film falters. Fern works at Amazon twice, but the film doesn’t seem to depict any of the company’s vast labor issues. She laughs alongside her coworkers and describes the pay as “great” — Amazon even seems better than some of the other jobs she picks up.

There are many struggles to living a modern day nomadic lifestyle, and Zhao is honest about the experience. Many of the nomads Fern encounters, like herself, are those who have struggled to achieve the American dream, even losing their jobs and homes. But, to not criticize Amazon just seems inauthentic to the message of the film itself. How can the problems nomads face to survive be glorified after many have already lost their whole lives?

But still, “Nomadland” isn’t just about nomads. It’s also about Fern staying true to her own values after a big life change. There’s much to learn about nomadic lifestyles that can be adapted by anyone, and that’s the true beauty of the film.