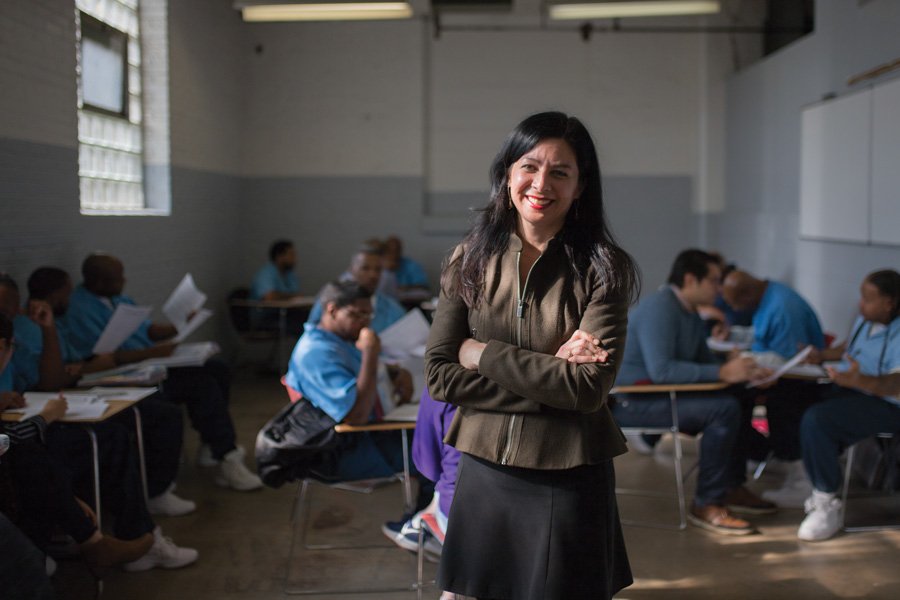 Criminal justice experts discussed the inefficacy of the death penalty and the need for its abolition in a Tuesday roundtable.

In the event hosted by the Northwestern Prison Education Program, panelists broke down the history of the death penalty and the systemic harm it has caused, and offered other ways to facilitate accountability and rehabilitation within the prison system. Each panelist shared their encounters with the death penalty and discussed the ways it has impacted Americans’ lives — particularly people of color, who are incarcerated at disproportionately high rates.

Pritzker Prof. and panelist Meredith Rountree said the death penalty has evolved in the United States to eliminate methods of execution determined unconstitutional. However, she said the U.S. policy still differs from other countries in its application.

“The United States is one of the few countries that actively uses the death penalty as a means to punish those guilty of ‘ordinary’ or ‘street’ crimes. Other countries use it as a punishment for treason,” Rountree said. “There are about 2,500 prisoners currently on death row.”

Panelist Renaldo Hudson, education director for the Illinois Prison Project, said U.S.’ poor economic and social resources for its underprivileged residents are often to blame for crimes that lead to death sentences.

A person’s quality of life does not justify the crimes committed, Hudson said. But Hudson, who spent 13 years on death row, said the prior living conditions of those sentenced to death row were so poor that the threat of the death penalty would not have prevented them from committing those crimes in many circumstances.

“I never met a single person that told me that they would not have committed those crimes just because there was a death penalty,” Hudson said. “This is a country rooted in racism, and as a result, we have a sentencing system that targets people that are Black and brown because they know that they have to commit those crimes to survive.”

The law technically reserves the death penalty for offenders over the age of 18 who have committed major crimes. However, panelist Rob Owen said this has not always held true in his experience as a capital defense attorney. One of his clients, a getaway driver, was just over 18 years old — but he was sentenced with the death penalty, Owen said.

“My client was unarmed and didn’t harm anybody physically, and yet ended up on death row, last fall, and was executed on Dec. 10,” Owen said. “The government argued that he could not be given a life sentence because he would be too dangerous.”

The panelists then discussed potential reforms to the prison system, emphasizing rehabilitation and abolishing the death penalty.

Hudson said instead of executing those convicted of crimes, the approach should be to rehabilitate –– emphasizing empathy and accountability with the hope of eventual reintegration into society. The current judicial system, Hudson added, values guilty verdicts over justice. This can be dangerous in death penalty cases, he said, because false convictions could cost innocent people their lives.

“Attorney generals are constantly being told by their bosses that, ‘Your job is not to discover his innocence, it’s to secure his execution,’” Hudson said. “This is a systemic racist system that has to be broken, and it only will be broken when we turn the lights on and expose it.”