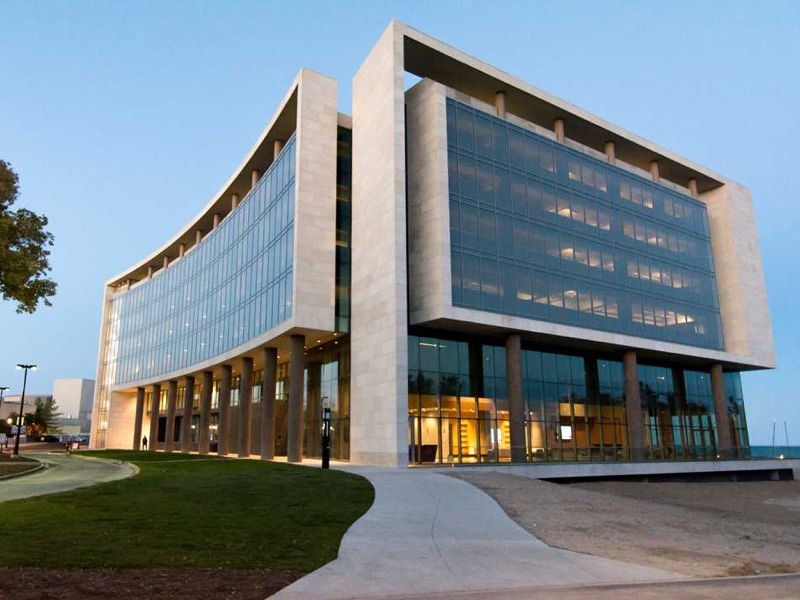 Segal Visitors Center, 1841 Sheridan Rd. Northwestern accepted only 6.8 percent of applicants to the Class of 2025, lowest in University history.

Once her phone buzzed with an email notification, Meléndez said she mustered all her courage and opened the decision letter, letting out a joyful scream when she saw she was admitted into the class of 2025.

“That entire day had just been a complete build-up of anxiety,” Meléndez said. “So when I saw that decision, my first instinct was to cry and call all my friends. I was so overwhelmed.”

NU admissions have always been competitive, and the pandemic only heightened this difficulty. The University saw its lowest acceptance rate in history this year, admitting just 6.8 percent of the 47,633 first-year applicants this year.

NU isn’t the only institution that’s seen a record-low acceptance rate. Yale University and Duke University reported significant drops this admissions cycle, with the leading cause being a rise in applications, according to The Washington Post.

NU’s acceptance rates actually increased from 2018-19 to 2019-20, a trend reversed in this year’s cycle. What caused this increase in selectivity? Many signs point to test-optional policies.

Liz Kinsley, director of undergraduate admissions, said the rise in applications was partly due to NU’s test-optional policy. Still, she said it was not the only cause.

Kinsley said financial barriers that often prevent students from engaging with and touring NU in-person were reduced as the University had no choice but to reach out to prospective students virtually.

“The lower admit rate was a function of our larger applicant pool,” Kinsley said. “In addition to our test-optional policy, another new factor in the admissions landscape this cycle was our digital programming.”

Bridgette Adu-Wadier, a QuestBridge Scholar with a full scholarship, said the University’s online programming made engaging with the NU community very accessible.

Adu-Wadier said she did not submit SAT scores and had reservations about standardized testing. Raw scores don’t make up the aggregate of a student and are therefore an “inadequate” way of determining a candidate’s qualifications, she added.

“Even when I was studying for the test, I just felt like it was pointless. I felt jaded about it,” Adu-Wadier said. “It’s a flawed metric. There’s more to me than just a few numbers.”

Meléndez said she was fortunate enough to take the SAT three times, while Adu-Wadier’s exam was cancelled three times.

Wadier said her criticisms of standardized testing build on existing arguments that they should not be used in the admissions process, citing data indicating inherent bias favoring affluent, White and Asian American students.

Northwestern has yet to comment on whether they’ll continue their test-optional policy beyond the most recent application cycle, but Meléndez said it should.

“(Standardized testing) only advantages the wealthy White people who can afford preparation,” Meléndez said. “It’s not indicative of your actual ability to succeed in the future.”