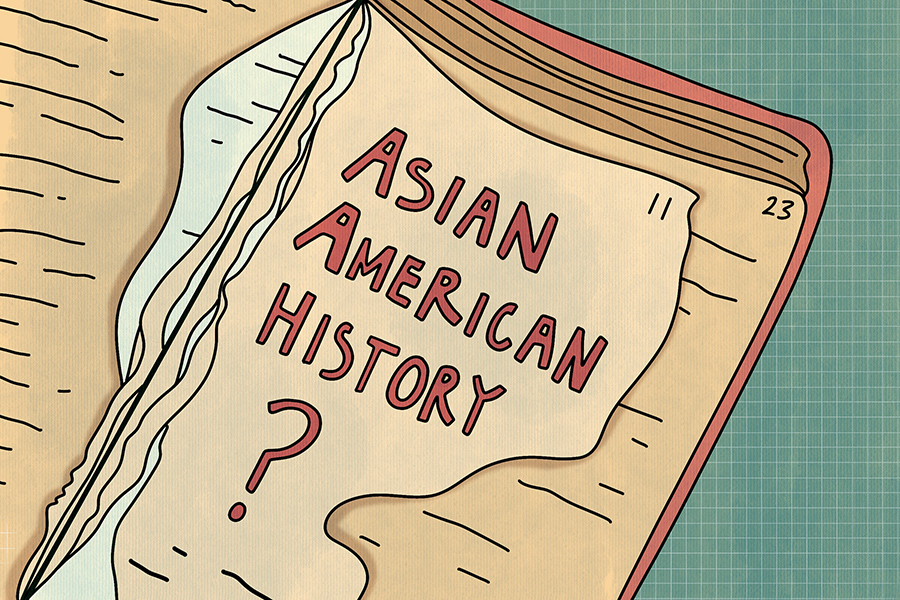 If the Illinois Senate passes the TEAACH Act, the state will become the first in the country to require the teaching of Asian American history in public schools.

Samantha Fajardo, a first-generation Filipino American and a freshman at Oakton Community College, remembers flipping through her sixth grade social studies textbook and seeing a small paragraph titled “The American Influence in the Philippines.”

“I got so excited,” Fajardo said. “I went home, I told my grandma. She’s like, ‘Oh! I didn’t know you guys were learning about that!’ And then I sat there for the next two years not learning about it.”

Because her textbooks barely covered Filipino American history, Fajardo said she felt like she didn’t “deserve” to learn about people who looked like her. But that could change soon for children across the state from similar backgrounds. In an effort to incorporate more representative curricula throughout the state, the Illinois House of Representatives passed the Teaching Equitable Asian American Community History Act Wednesday, legislation which would require one unit of Asian American history to be taught in all Illinois K-12 public schools.

If the bill — which is co-sponsored by state Rep. Jennifer Gong-Gershowitz (D-Glenview) — passes the Senate, Illinois will become the first state to require the teaching of Asian American history in public schools.

“Most people are ignorant about the contributions of Asian Americans to our shared history,” Gong-Gershowitz said. “And it’s time for that to change.”

Gong-Gershowitz, who grew up in Illinois public schools, said her stories were missing from the curriculum. She said she didn’t learn about the Chinese Exclusion Act, which allowed for the deportation of and discrimination against her grandparents until law school.

“We’re constantly told that we have no value as Asian people because we don’t have representation anywhere — in media, in positions of power, or in our textbooks in school,” Chan said.

During her freshman year of high school, Fajardo experienced this firsthand. She said throughout that year, she had an “identity crisis” and was bullied for her interests and culture.

As a result, Fajardo stopped caring about school work and her grades dropped. In an effort to fit in, she changed her hair, clothes and music taste.

“I would put a clip on my nose at night to get rid of the flatness,” she said, “I even used skin whitening products that were Asian brands, which I regret.”

Fajardo said the class was like “an epiphany moment” that reignited her passions. She said she made a playlist with Asian and Pacific Islander artists — which she listened to every day — and made a presentation about sexual assault towards the Asian community that she presented to her class.

“I was so invested in that class that I would take every opportunity Mr. Chang gave us and go even further,” Fajardo said. “I use my voice outside of school to stand with the Asian community.”

A challenge in implementing Asian American history into curriculums moving forward, Chan said, is determining which events and groups Illinois teachers will cover in their classes. Asian American history is an extremely broad term, and Asia has about 50 countries, which presents a diversity of experiences impossible to condense into one unit.

Overall, Chan said the bill will provide the groundwork for Asian American studies to be taught in schools. From there, he said he hopes more Asian American and ethnic studies courses will emerge.

Fajardo said the TEAACH Act is a small step towards a more inclusive education system.

“I hope by the time I have kids and they’re in high school, there’ll be more,” Fajardo said. “There’ll be Asian history, there’ll be Latinx history, Black history. There’ll be Indigenous history. And that’s why I think like this TEAACH Act is so important to everyone.”